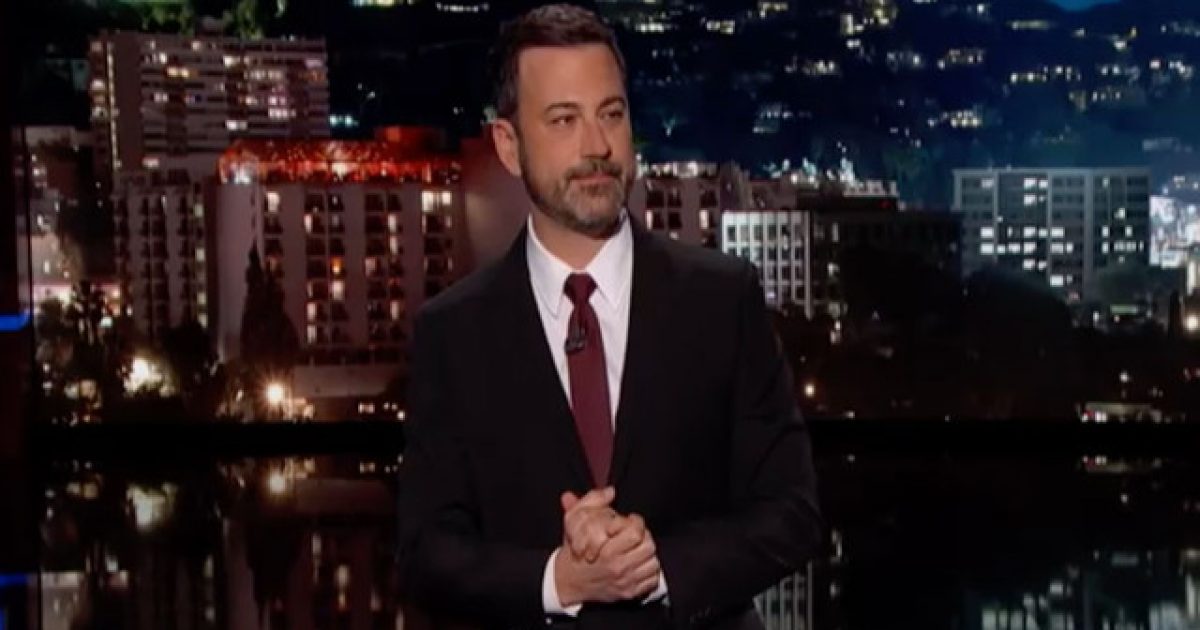 If you thought you’d seen the lowest, most disgusting that left-wing degenerates can go in the entertainment industry, here’s Jimmy Kimmel to show you that you lack imagination.

Kimmel decided to make his opening monologue on his oh so classy late night program about Brett Kavanaugh, where he stated that he’d like to cut his penis off.

As you can tell Kimmel is really ticked off about the sexual assault allegations made against Kavanaugh, which is ironic considering his own past fondling breasts and grabbing women’s backsides as host of “The Man Show.”

“Hear me out on this,” Kimmel said. “So Kavanaugh gets confirmed to the Supreme Court, OK? Well, in return we get to cut that pesky penis of his off in front of everyone.” A few members of the audience groaned, so Kimmel added, “No? That’s not good? I thought I had a solution there for a minute.”

Before his hilarious penis-lopping joke, Kimmel said President Trump appears to like Kavanaugh more the more women claim his nominee is guilty of sexual misconduct. “Spoken like a man who has people coming out of the woodwork from 30 years ago,” Kimmel said.

The host also noted that a second woman has claimed sexual misconduct by Kavanaugh. “Only 12 more and he can run for president,” he joked. (No, he didn’t mean Bill Clinton, he meant Trump.)

Again, how does Kimmel have the right to speak out on these things when objectifying women and grabbing their body parts for entertainment was literally the shtick that made him famous?

Seems to me that sort of disqualifies him from attempting to join the #MeToo movement, but then again, leftists are never really all that consistent in the practice of their beliefs, so yeah, there’s that.