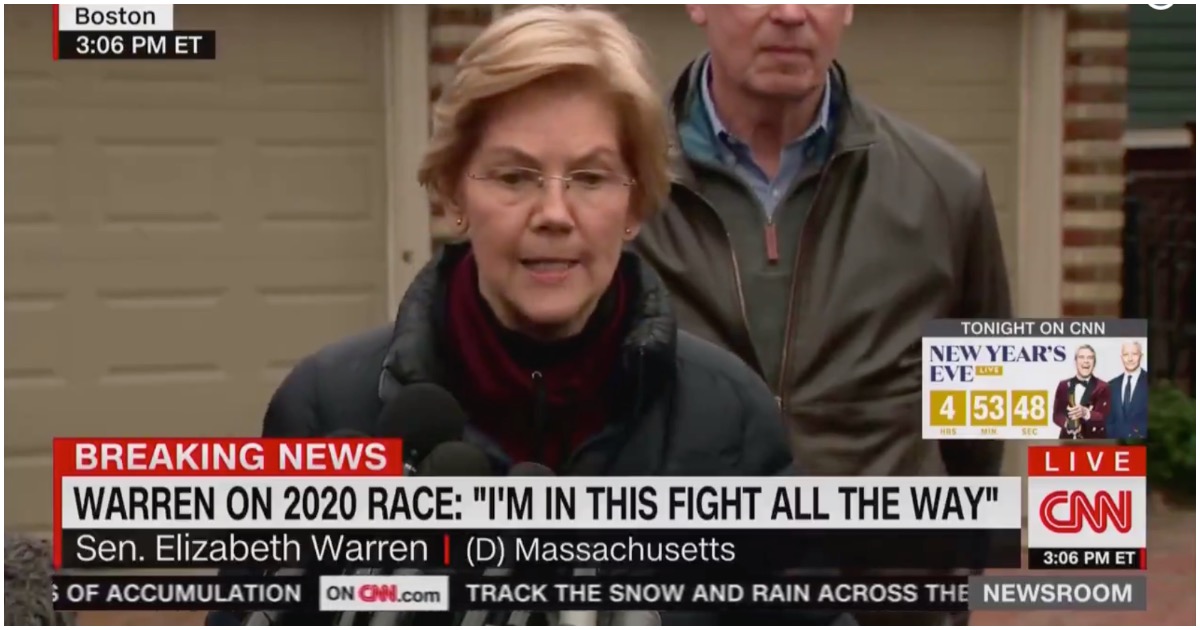 Despite being named one of the “top ethics violators of 2018,” along with fellow Democrat Senator Kamala Harris (CA), Massachusetts Sen. Elizabeth Warren is all but set to run for president in 2020.

ICYMI: Melania Gets Shredded By Dems During Christmas Visit to Iraq Because of Her Boots