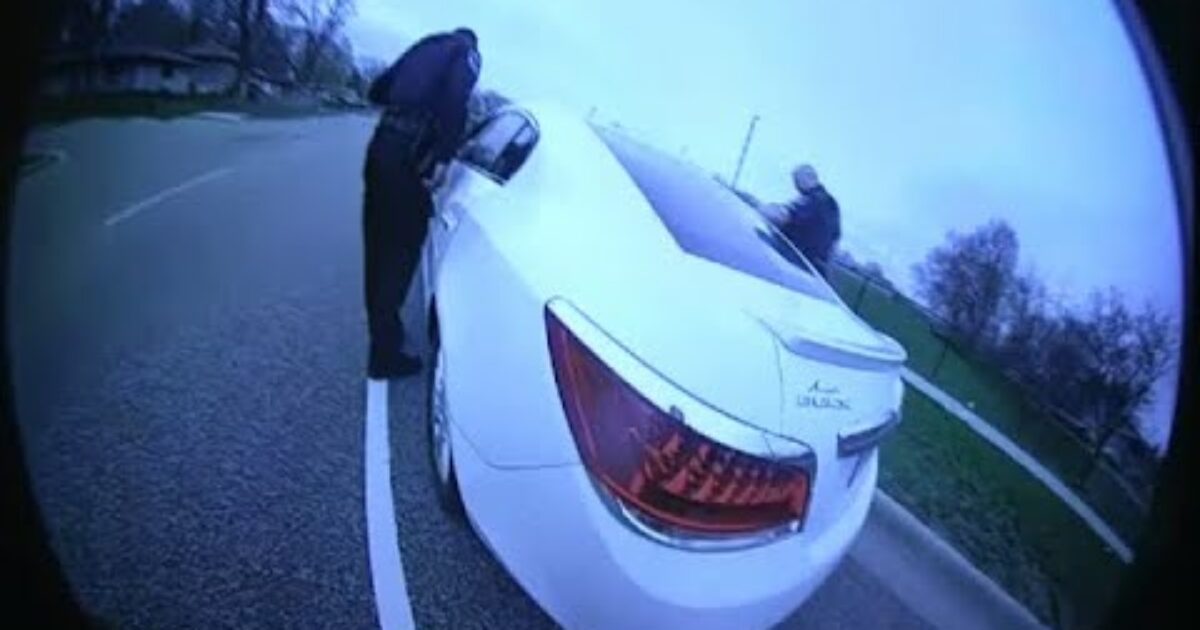 In an effort to advance their systemic racism narrative, leftists have attempted to paint Daunte Wright as a hero and martyr ever since he was killed by police in April. As it turns out, Wright does not appear to be the model citizen that they would have us believe.

According to the Daily Mail, Wright already had a warrant out for his arrest when he was apprehended and killed by Minneapolis police officer Kim Potter, who allegedly mistook her handgun for her Taser. Potter resigned following the shooting and has been charged with second-degree manslaughter.

In 2019, Wright reportedly appeared in court after attempting to rob a woman at gunpoint.

That had already been reported in the months following Wright’s death. Now, brand new lawsuits allege that Wright was also involved in two shootings.

The first lawsuit accuses Wright and another man of being involved in a carjacking in March, just weeks before Wright’s death.

Wright and his companion approached a man named Joshua Hodges while he was sitting in his car, the lawsuit says. The companion then reportedly opened Hodges’ car door and opened fire, striking him in the leg.

While Wright is not accused of shooting Hodges, he allegedly assaulted him before stealing his cellphone, wallet and car. Hodges was hospitalized for two weeks with his injuries, which included a broken fibula from the bullet, according to Fox News.

A second lawsuit alleges that Wright shot 16-year-old Caleb Livingston in the head in 2019. The two were previously acquainted, according to Livingston’s mother.

“The lawsuit alleges the pair had a ‘falling out’ that came to a head after her son beat up Wright in front of a group,” the Daily Mail reported. “Wright allegedly retaliated by shooting Livingston outside a gas station in Minneapolis.”

The effects of this shooting were even more disastrous. Fox News reported that Livingston remains “in a ‘vegetative state’ known as unresponsive wakefulness syndrome.”

It is clear that Wright had a long criminal record and presented a danger to the people around him. This has not stopped the left from dishonestly lifting him up as a hero.

None of them have issued any statements condemning his past acts of violence.

It is unclear how much of Wright’s criminal record had been communicated to Potter. However, when a man with an arrest warrant resists an officer and gets into his car, one can see why that officer would be concerned.

As many people have seen and heard by now, the body cam footage of the incident shows Potter shouting “Taser” before shooting Wright. Most reasonable viewers would agree that the video seems to depict an unfortunate mistake, not any sort of malice on Potter’s part.

However, Democrats have pushed the narrative that this tragedy was undoubtedly the result of racism.

“We know that this tragedy is connected to the deep and systemic racism in our society that black people in Minnesota and across this country face every single day,” Walz said at Wright’s funeral.

To be clear, none of this is to say that Wright deserved to die. While his death was certainly a tragedy, it is also important to consider the entire picture when examining his life and death.

Democrats should not be expected to bring up Wright’s criminal record at his funeral, as that is clearly not the appropriate time for such a discussion.

However, months removed from the incident, it would seem appropriate for politicians who attended an alleged criminal’s funeral to at least acknowledge that they do not condone all of his actions.

Instead, leftist politicians have ignored Wright’s checkered past, seemingly hoping that it would never come up.

It’s in the open now, and it’s time to acknowledge that Wright did not carry himself like the hero the left has portrayed.