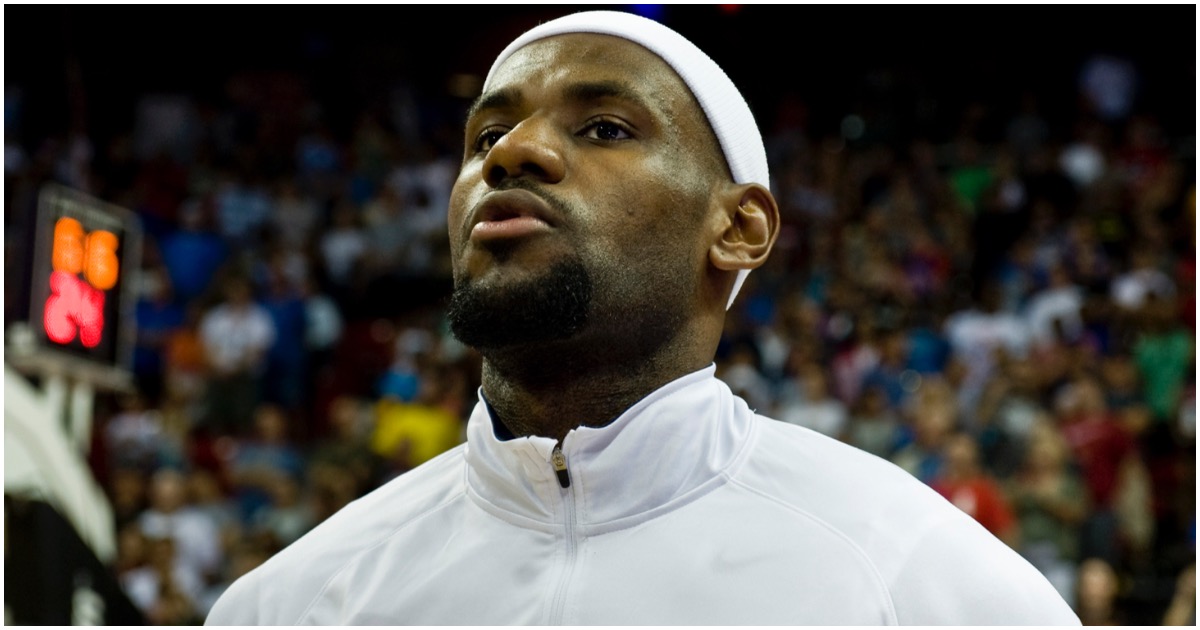 According to NBA star LeBron James, who almost certainly would kneel during the national anthem if the league didn’t have rules against doing so, “old white” male NFL owners have a “slave mentality.”

More on that below.

Days after saying those words, James is back for more.

This time he thought it would be a good idea to disparage Jews.

The song in question, from 21 Savage, contained lyrics which said: “We getting that Jewish money, Everything is Kosher.”

James has since apologized, saying he thought the lyrics were a compliment.

“Apologies, for sure, if I offended anyone. That’s not why I chose to share that lyric. I always [post lyrics]. That’s what I do. I ride in my car, I listen to great music, and that was the byproduct of it. So I actually thought it was a compliment, and obviously it wasn’t through the lens of a lot of people. My apologies. It definitely was not the intent, obviously, to hurt anybody.”

LeBron is probably being honest about not knowing the lyrics were racist. After all, when once asked why Donald Trump was victorious in 2016, he said, “I don’t think a lot of people was educated.”

WAS being the key word in that sentence, a clear indicator that LeBron isn’t exactly a Nobel laureate.

James, who openly supported Hillary Clinton in 2016, is not cool with white people.

He said so himself. See it at this link.

Now, literally out of nowhere, James is attacking “old white” male NFL owners for having a “slave mentality.”

Where’s the mainstream media to report this clearly racist statement?

On his HBO Sports series The Shop, L.A. Lakers forward LeBron James called the NFL’s owners as a bunch of “old white men” and accused them of acting like slave masters.

James: “In the NFL they got a bunch of old white men owning teams and they got that slave mentality. And it’s like, ‘This is my team. You do what the f— I tell y’all to do. Or we get rid of y’all.’”

The basketball player with an estimated net worth of $440 million was speaking with his long-time business partner Maverick Carter, L.A. Rams player Todd Gurley (who’s estimated net worth is $15 million), and rapper, actor and Louis Farrakhan acolyte Ice Cube.

It Gets Worse! CNN’s ‘Journalist of the Yr’ Embezzled Donations Away From Syrian Kids