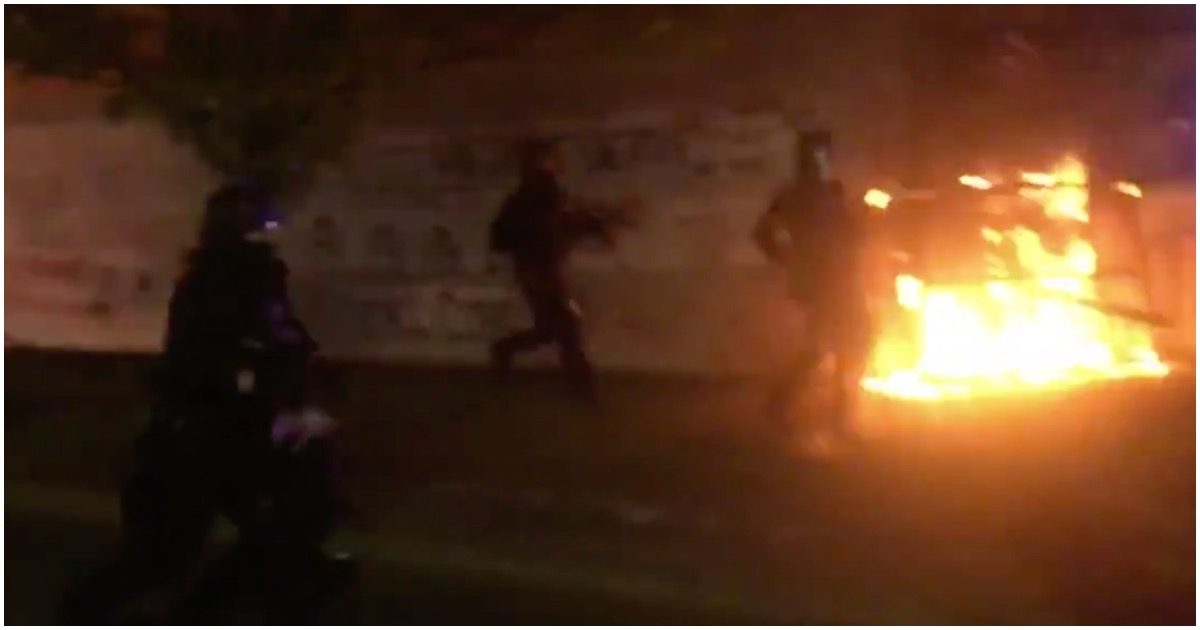 “Antifa” stands for anti-fascist. Ironic, isn’t it? The only thing the liberal group actually stands for, though, is silencing the other side – which is… wait for it…fascism.

The people associated with this outfit are the product of a poor education system, one that says everything America is evil and racist.

This is what happens when ignorance meets far-left policies.

Left-wing rioters set fire to the Portland Police Association (PPA) building on Friday night as the city continues to be rattled by violence from antifa extremists.

“The PPA office has been the site of numerous violent protests over the past few months, and protesters have lit the building on fire several times,” the Portland Police Department said in a statement. “It is located in a residential neighborhood and there is concern that any building fire could spread to occupied homes, especially during the current stretch of dry weather.”

Jacob Blake’s Sexual Assault Criminal Complaint Is Made Public, & It Is Graphic — Details