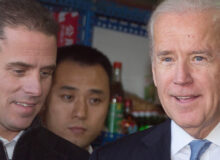 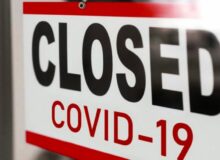 Thanksgiving’s namesake tells us what’s most important to Americans each and every year.

It’s no surprise, families are indeed important. Parents provide structure. Children provide meaning. Many leftists in 2022, however, didn’t quite feel the same way.

In a piece published by The Nation on Thursday (this most recent Thanksgiving), leftist women shared how much they were thankful for abortion.

“I am grateful to have accessed my abortions in Texas while it was still legal in the state, and that my multiple abortion experiences now guide my work,” the article’s author, left-wing activist Nikiya Natale, wrote.

“I really am thankful for it, particularly in this political climate and moment.”

After Natale’s anecdote, the article shared various additional stories from other women who are thankful for abortion.

Every one of these stories shares a common theme — an unwanted child would have gotten in their way and killing that child freed them to pursue other opportunities, many of them related to the workplace.

Liberals and leftists have taught the latest generation of women that their happiness can only be found in their careers.

To these “feminists,” female values — child rearing, homemaking, and the nurturing of others — are of secondary importance to competing with men in the workplace.

This idea is ingrained in leftist feminist philosophy. One of feminism’s most influential voices, Simone de Beauvoir, once said that women should be forced to leave the home.

That’s because, de Beauvoir said, if women had the choice between raising children and entering the workplace, too many would choose to raise children.

To the feminist, children are a hindrance. They are the greatest impediment to woman’s ability to compete in the workplace.

What better way to level the playing field than just kill them all off?

Alternatively, these women could simply choose to not have sex. Of course, then they wouldn’t be able to indulge in hedonistic pleasure without consequence.

This liberal promise for female liberation and happiness doesn’t exactly seem to be paying off.

Despite living conditions improving drastically over the last several decades, one 2009 study found that women’s happiness was declining “both absolutely and relative to men.”

According to the study, women in the 1970s reported higher “subjective well-being” than men. Now, that number has flipped.

But, while the promise of female liberation from the home isn’t working for women, it is certainly working for the Democratic Party.

Unmarried women in America are lost, miserable, addicted to SSRIs and alcohol, wracked with guilt from abortion, and wandering from partner to partner.

They are the Democrats’ core base now, and the Democrats will do everything possible to manufacture more of them.

The predicted 2022 midterm election’s “red wave” was fended off by unmarried women voters; 68 percent of that demographic voted blue this election cycle, helping to squash Republicans’ hopes, The Bulwark reported.

And so, the cycle continues.

Democrats convince women that the key to happiness is abandoning children for the workplace; women listen and vote Democrat. Access to abortion skyrockets, and more women abort their children. They continue to become unhappier and unhappier, and as a result, vote Democrat in even greater numbers.

Michael Austin, Western Journal
Punks Think They Have an Easy Target, But They Start Running After Realizing What 76-Year-Old Nun's Prayer Has Done
Town's Pharmacy Bills Secretly Paid for Years, Then Hero Who Was Behind It Is Revealed: 'A Blessing from the Lord'
NFL Champ Kills Giant Mountain Lion, Environmentalists Get Up in Arms and Make Fools of Themselves
Franklin Graham Melts Internet with Who He Brought to 'Spicer & Co.' Set Ahead of March for Life
Ted Cruz Absolutely Humiliates Eric Swalwell After Dem Requests to Bet on NFL Game
See more...
Advertisement

Graham was appearing to promote the March for Life on Friday -- but the one thing that caught everyone's attention was his guest.
By C. Douglas Golden, Western Journal  January 24, 2023 Comment MoreShare
Next