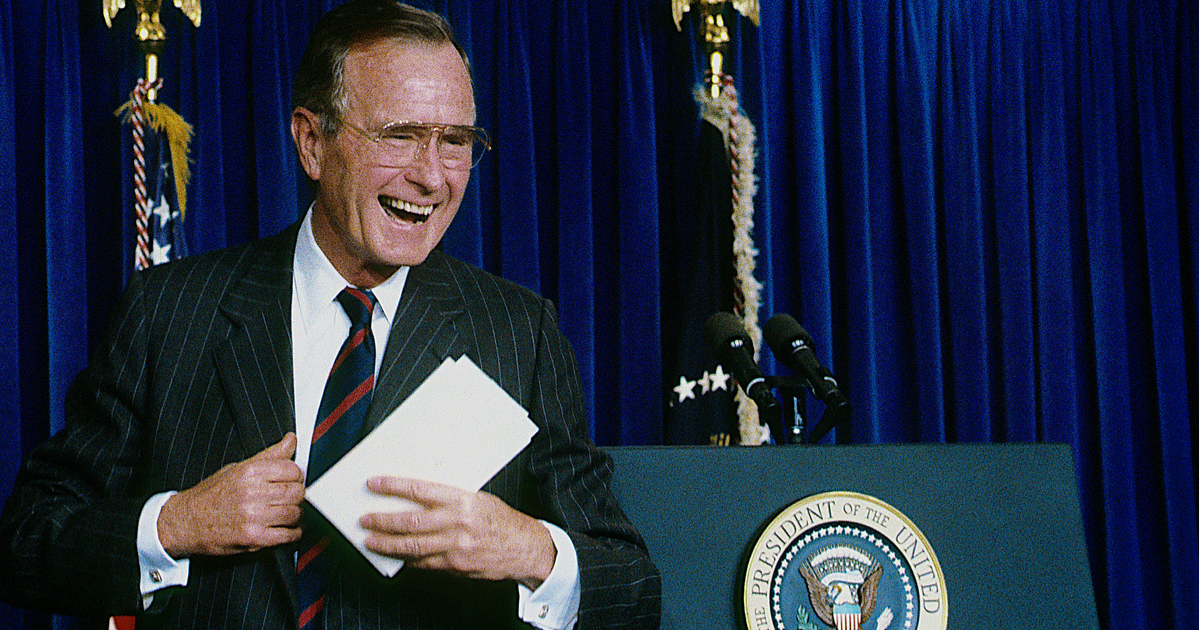 The death of a President isn’t a terribly frequent occurrence in our lives, thank goodness.

These men, (and likely women soon enough), change our lives in ways that no one else in the nation can.  They guide our country through both difficult and divine times, and they set the tone for the way that the greatest nation on earth operates upon the global stage.

In many ways, these leaders are looked upon as the nation’s Grandfather, taking the high road whenever possible, and taking the low road only when necessary.

So, it is with a heavy heart that we acknowledge the passing of one of the greats:  George H.W. Bush.

“George Herbert Walker Bush, World War II naval aviator, Texas oil pioneer, and 41st President of the United States of America, died on November 30, 2018. He was 94 and is survived by his five children and their spouses, 17 grandchildren, eight great grandchildren, and two siblings,” the former president’s office said in a statement. “He was preceded in death by his wife of 73 years, Barbara; his second child Pauline “Robin” Bush; and his brothers Prescott and William or “Bucky” Bush.”

His son George W. Bush, who served as the country’s 43rd president, released a statement of his own from the family.

“Jeb, Neil, Marvin, Doro, and I are saddened to announce that after 94 remarkable years, our dear Dad has died,” George W. Bush said. “George H. W. Bush was a man of the highest character and the best dad a son or daughter could ask for. The entire Bush family is deeply grateful for 41’s life and love, for the compassion of those who have cared and prayed for Dad, and for the condolences of our friends and fellow citizens.”

Funeral arrangements are still in the works, but President Trump has already announced that Wednesday will be a day of mourning in America.