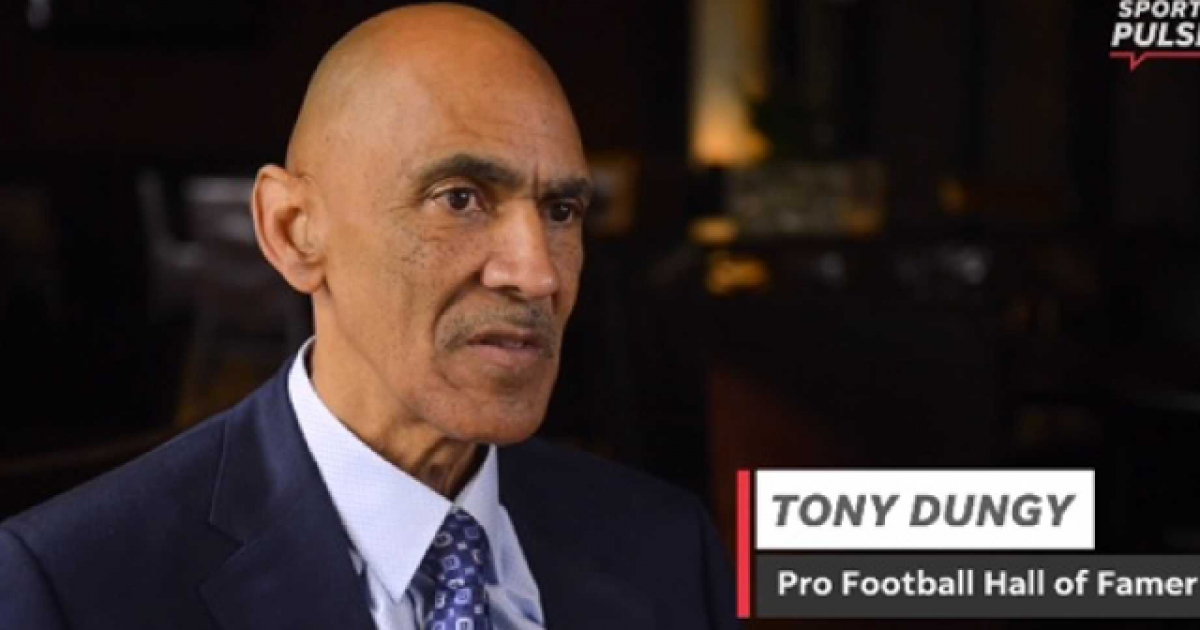 Former Indianapolis Colts coach Tony Dungy recently sat down with CBN News reporter Jenna Browder and gave an interview where he stated that his job in broadcasting was a gift from God and that the reason he was given this position was to help provide a voice to Christian athletes.

Dungy recently received criticism for defending Philadelphia Eagles quarterback Nick Foles’ Christian faith live on the air. The comment took place during coverage of Super Bowl LII, and seemed to insinuate that Foles’ faith may have played a part in the Eagles winning the championship.

NBC pays me to express my opinion. And it was my opinion that Nick Foles would play well because his Christian faith would allow him to to play with confidence. And that he’s a good QB. I think I was right on both counts. https://t.co/4HOfXt78UZ

Browder said, “I want to talk to you about faith in sports. You took some heat this past Super Bowl when you were talking about Nick Foles’ faith. What do you say to your critics?”

Dungy said that despite those people who blasted him for bringing faith and religion into the football game, he received a lot of support.

“One of my responsibilities [during the broadcasting of the game] was to interview Nick Foles, and he told me about his Christian faith,” Dungy explained. “He told me he felt that God had him on that Philadelphia Eagles team for a reason.”

Dungy went on to note that Foles replaced injured Carson Wentz and became the team’s starting quarterback in the Super Bowl.

“He felt very confident he was going to have a good game because he believed God had him there for that purpose,” Dungy continued. “And so I said that on TV, and a lot of people said, ‘Well, you shouldn’t bring religion into it,’ and I was just reporting the facts.”

“But,” he countered, “believe it or not, I got much more support than I did heat. So many people wrote in and said, ‘Hey, I’m glad that you said and reported on exactly what he said and I’m glad you talked about his faith in Christ.’”

We desperately need more folks like Tony Dungy in sports today. And why stop there? We need more people of faith in Hollywood too, the music industry, you name it.

Our culture is incredibly godless, having abandoned its Christian roots decades ago and seemingly not looking back. Children today, growing up in such hostile, divided times, need solid role models who uphold traditional values and point others to the cross of Christ.

Be praying for Dungy and his influence to spread.

New Report Reveals Huge Spike in Immigrants Opting Out of Welfare. Here’s Why.