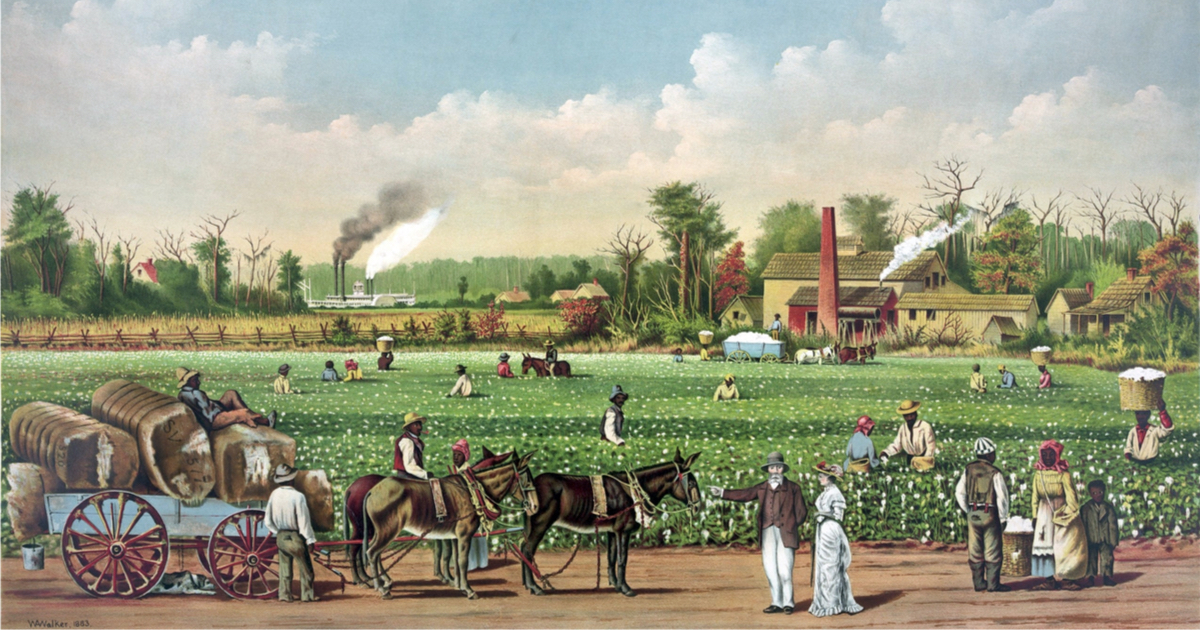 Since no rational person could disagree with any of those statements, why has slavery been part of humankind from the earliest days of civilization? Slavery existed in Mesopotamia as long ago as 3,500 B.C. We all know how the Egyptians enslaved the Jews. The Romans enslaved everyone.

Christians and Muslims took turns capturing and enslaving each other during centuries of warfare around the Mediterranean. Islamic slavery stretched from Western and Central Asia to Northern and Eastern Africa, India, and Europe, from the 7th century right up to the 20th century. The Dutch, French, Spanish, Portuguese and British were involved in the subjugation of all sorts of people, including the Atlantic slave trade which began after 1600, leading to slavery in what became the United States of America.

Awful, right? Should we not take a moment to ask, What was going on there? Did no one realize how horrible this was?

Of course they did. They knew it was wrong, any idiot could see that. Then why has slavery been so commonplace throughout history? Is it because people are inherently malicious, or immoral, or because they thought it was right to own a slave?

No, it was always about money and power.

Way back, before they even called it “money”, it was still the same concept. If you wanted to build a pyramid, what was the most efficient way to get that done? Hire a bunch of artisans and laborers you would have to pay? Hell no. It was far less expensive to put thousands of slaves on the job—expendable souls who would literally be worked to death, then replaced with the next team of unfortunates.

Need your sugar cane harvested, need your cathedrals built, need your land tilled, or—get ready now—need your cotton picked? What do you do, incur the expense of free men as laborers, or use people you already “own” for those purposes? Easy answer, right?

And what about power? Let’s say you have a large galleon you need propelled across the sea to fight your enemies. Or you need thousands bodies as your front line buffer in the event of a war. Do you hire able-bodied sailors or soldiers you will have to pay? Why bother with that when you can just chain a bunch of slaves below decks and whip them until they row, or march as if sacrificial lambs to the slaughter?

It is not my intention to be flip, or to minimize the horrors of one group of people enslaving another. Quite the opposite, I believe there is an important point to be made here—slavery existed for a reason, and it is still not dead. It exists in different pockets of the world, in different forms, and it still exists right here in our country.

For generations, since the end of our War Between the States, many good people have worked to create equality for those minorities whose ancestors had been treated so atrociously. It has been a slow, arduous process, and we are still struggling with it. Now, at a time of great racial tension in our nation, we should honestly ask ourselves, How have we done so far?

In my opinion, not very well at all.

There is a portion of our leadership that wants to keep minorities in chains, albeit figuratively. They provide handouts, food stamps, free phones, subsidized housing and all the other trappings of the Welfare State. They claim they are being kind and generous and humanitarian, but ask yourself, is that equality or is that a pernicious form of bigotry? Why are they acting as if our brothers and sisters cannot fend for themselves? Is that not a modern form of slavery?

Make no mistake about it, these leaders know what they are doing. They trade financial giveaways in return for votes, binding the needy to them in exchange for their support. They make no effort to educate or uplift the poor, they keep them right where they are.

So why would they not provide true help instead? Why not really work to educate the next generation of the poor so they can fairly compete for jobs, become successful entrepreneurs, or rise up as accomplished professionals? What about promoting the family unit, working to seriously reduce crime and violence in the poorer neighborhoods, and fighting the ravages of drug addiction?

These leaders provide loud and convincing lip service on all these issues, especially around election time, but do they ever deliver? No, you know they do not. They talk about civil rights and rail against bigotry, but do they truly act in a way that will release the poorer people in our society from the chains of dependency?

You know that answer too. Just look at our inner cities, the ghettoes that remain under the control of violent gangs, drug dealers and false idols, all while their liberal leaders talk a big game but do nothing to help.

More than 50 years have passed since the assassination of Dr. Martin Luther King, Jr. I wonder what he would think of what has transpired in the past five decades. Or Malcom X. Or anyone sincerely committed to a new era of freedom and affluence for the minorities in our nation.

Slavery exists in many forms. Do not be fooled by those who still promote this sort of insidious bondage.

GOP Rep. Says Republican Party is ‘Like the Titanic’ in Stunning Rant