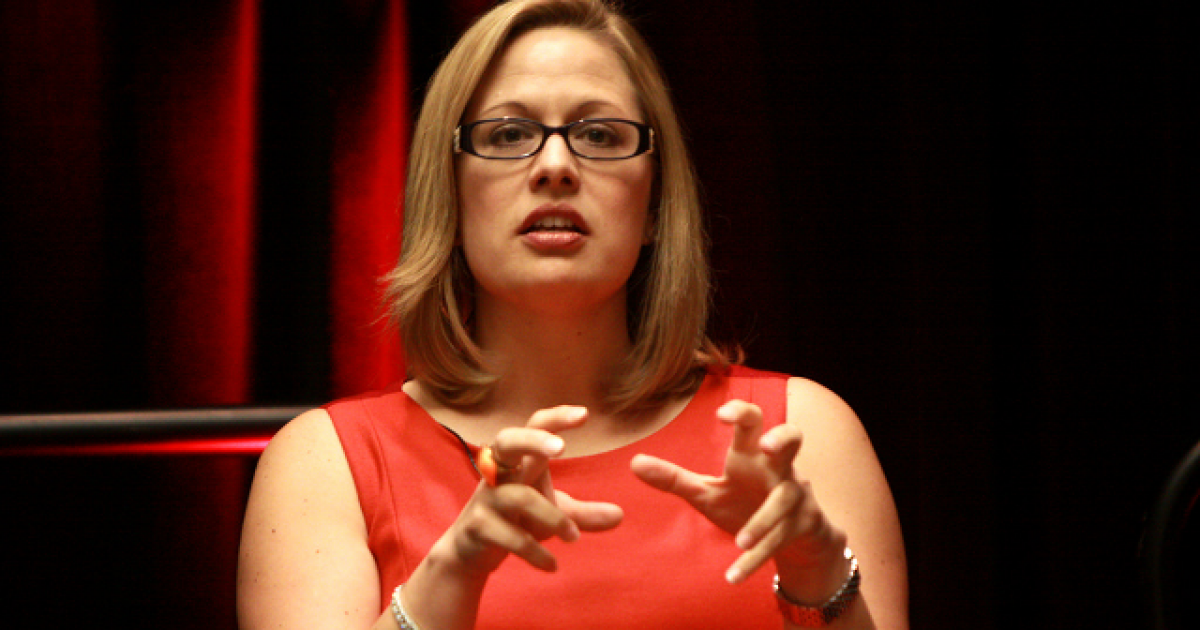 Arizona Rep. Kyrsten Sinema is finding herself thrust in the limelight, becoming the talk of the town with the upcoming November midterms, as she is the first bisexual senate nominee in American political history.

As you might imagine, LGBT groups are simply beside themselves with joy over the whole matter, stating that Sinema is “shattering a lavender ceiling.”

The Victory Fund pledged to make Sinema’s sexuality a key issue in the campaign and have already painted her competition, retired Air Force pilot Rep. Martha McSally, as an “anti-LGBTQ” bigot.

JUST IN: Arizona's @kyrstensinema won her primary and is now the first openly bisexual U.S. Senate nominee of a major American political party. She will face anti-LGBTQ opponent Martha McSally in November. pic.twitter.com/X1WHZL1N5o

The Victory Fund’s words were echoed by LGBTQ newspaper the Washington Blade, which called Sinema’s primary win “a significant victory” as she has become “the first openly bisexual person to win a major party nomination to run for a U.S. Senate seat.”

The Human Rights Campaign praised Sinema with equal measure. The Arizona congresswoman has said in multiple interviews that her bisexuality has made her a better leader due to the adversity she faced while growing up.

“Growing up LGBT is often to be tried by fire and to wrestle with the fundamental question of who you are,” she told the Advocate earlier this year. “Virtually all of us have faced bullying, discrimination, exclusion, or worse.”

Well, it seems pretty safe to say that this young lady’s political platform and campaign will be largely built on shaming opponents who might disagree with her lifestyle choice, choosing to make that individual look like a bigot and avoid discussing any real important, substantive issues.

Identity politics are most certainly going to be plastered all over this, which could end up having a negative impact on the already dreadful state of political discourse in our country.