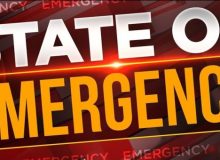 Celebration Church, located in the great state of Texas, is like many houses of worship in the area, as it rents public school facilities as a location to hold Sunday worship services.

However, as you might expect, this is not sitting well with members of the LGBT community who want this stopped pronto. The reason why?

The church believes what the Bible says about homosexuality and has taken a stand against gay mirage. Yes, I actually meant “mirage.” There’s no such thing as gay marriage.

Celebration Church, based in Georgetown, has been holding services at the district’s Performing Arts Center since Aug. 26 under a short-term agreement with the district, the Austin American-Statesman reported.

Prior to the protests, the church’s website also said, “God has commanded that no intimate sexual activity be engaged in outside of marriage. Any form of sexual immorality, such as adultery, fornication, homosexuality, bisexual conduct, bestiality, incest, pornography or any attempt to change one’s sex, or disagreement with one’s biological sex, is sinful and offensive to God.” But those sentences are now gone.

“I feel like that kind of love gets us killed,” Candace Aylor, who’s with the group that’s been protesting Celebration Church, told KXAN.

“I’m not in favor of renting to any entity that doesn’t support our values … and that’s full inclusion of our LGBTQ community,” school board Trustee Ann Teich told the American-Statesman.

Jasmin Patel of AZAAD Austin, a social justice advocacy group focusing on people of South Asian heritage, added to the paper that the district’s contract “allows that space to be used for a church that spreads hateful messaging.”

The message here, in case you aren’t receiving it loud and clear, is that any set of values that don’t reflect their progressive views aren’t welcome. In other words, the only legitimate values one can hold are those that line up with the left’s. Anything else is morally wrong.

District officials told the Statesman they are finalizing two changes to the district’s regulations governing outside use of its facilities. Chief of Staff Jacob Reach told the American-Statesman the changes — which won’t be divulged until finalization — are not meant to discriminate against the church.

Teich told the paper the district could avoid accusations of trampling upon the church’s First Amendment rights with regulations that say outside entities must support the district’s core values in order to use its facilities.

“We have to be careful. We can’t exclude religious groups,” she added to the American-Statesman. “If an organization doesn’t support the district’s values, then I would say we are within our rights to not let that organization rent our facilities.”

If they’re truly concerned about not infringing on the rights of the religious, they should simply tell the LGBT community to get over themselves.

These folks constantly claim to fight for “equality,” but that’s not what they want at all. What they want is protected class status and for all of society to reaffirm to them that there lifestyle is accepted and normalized.

Well, hate to break it to them, but the Bible, the Word of God Almighty, says homosexuality isn’t normal. Therefore, since He makes the rules of reality, that means it isn’t normal. To say it is, is to make God a liar.

Call it “intolerant” if you will. Truth is truth.