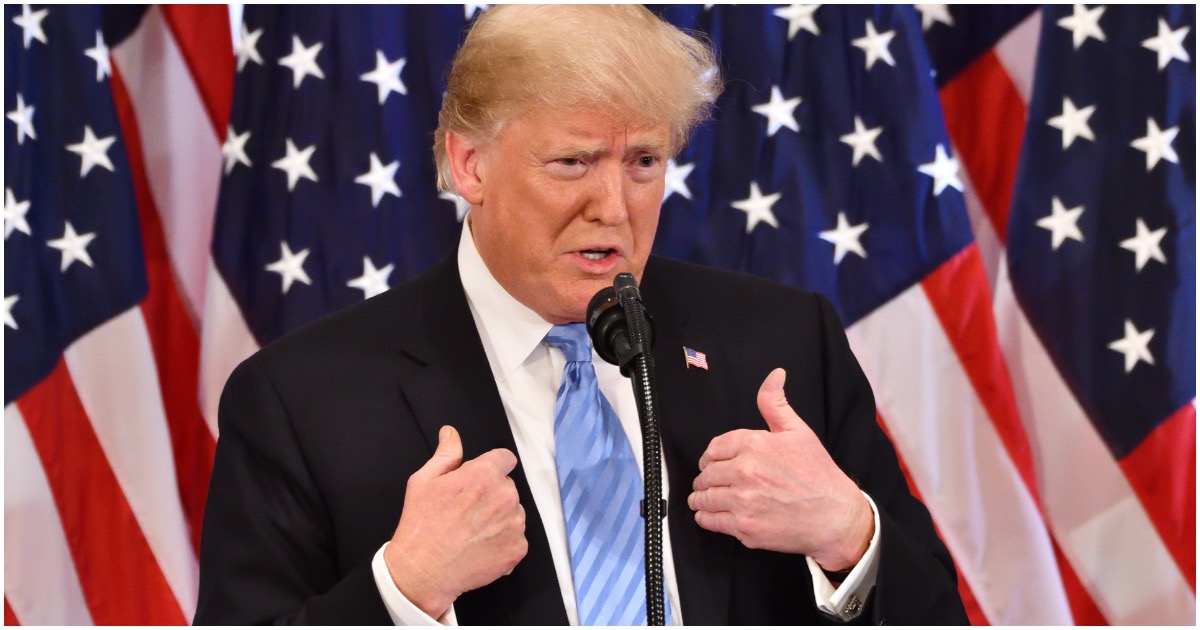 Another vicious hurricane looks to be headed toward Puerto Rico.

Here’s what he tweeted:

Wow! Yet another big storm heading to Puerto Rico. Will it ever end? Congress approved 92 Billion Dollars for Puerto Rico last year, an all time record of its kind for “anywhere.”

Wow! Yet another big storm heading to Puerto Rico. Will it ever end? Congress approved 92 Billion Dollars for Puerto Rico last year, an all time record of its kind for “anywhere.”

Check out how she claims 45 is responsible for 3,000 deaths…

She noted, “We say to the president of the United States, will his lie ever end? Will that ever end? Will his racism and vindictive behavior towards the people of Puerto Rico ever end? As you have said, this is not how a president behaves. This is not how a human behaves in the face of adversity. I have to thank the American people because once again, they have stepped up to the plate.”

She added, “The president continues to spread lies because the truth really does not suit him. As you said, it is not $92 billion. It’s close to 42 Billion, It’s close between $12.6 and $14 billion that’s come to Puerto Rico, and still, things have not worked appropriately. Things continue to change. Different attitudes and different laws and restrictions are brought upon Puerto Rico that are different from any other jurisdiction.”

Cruz concluded, “We are not going to be concerned by, frankly, his behavior, his lack of understanding, and it is ludicrous. 3,000 Puerto Ricans did not open their eyes this morning because this racist man did not have it within him to do his job. So get out of the way, President Trump, and let the people that can do the job get the job done.”