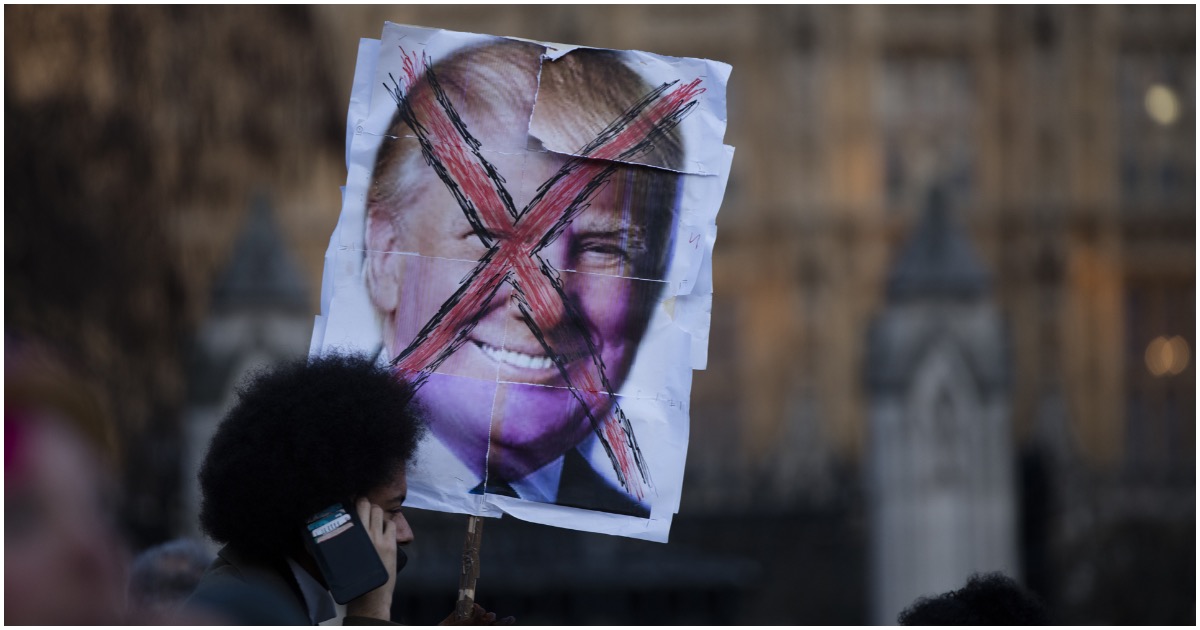 If you love your country and want to keep America the greatest nation on earth you are a bad person.

So goes the liberal way of thinking.

Hughley noted, “You could worship the devil and be a better human being than if you worshiped Donald Trump. Look up the tenets of the Church of Satan … and then go to a Trump rally and you’ll feel safer around Beelzebub than this dude.”

Co-host Jasmine Sanders agreed with Hughley’s assessment that nobody who supports the president can be considered a “good” person. “I don’t think you can do that. That’s like saying ‘I’m going to eat a burnt piece of toast but scrape the burnt off.’ It still tastes burnt,” Sanders said.

Democrat Rep. Marcia Fudge (D-OH) decided to step up to the plate to bash President Trump and his supporters.

BOMBS AWAY! Google Just Got Sued for $50 Million By 2020 Democrat Candidate (Details)