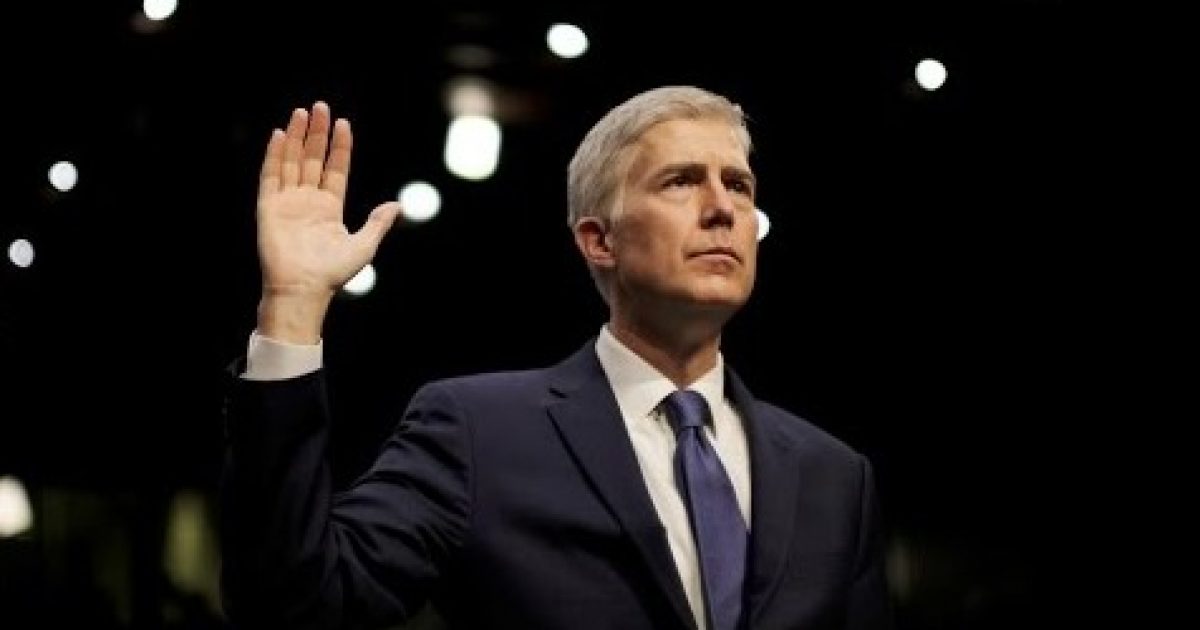 In a Neil Gorsuch profile piece, New York Magazine reminds conservatives why we should be so thankful for the Republican victory.

A recent profile reminds us that everything about Neil Gorsuch, what he does, his mannerisms, what he says, and the way he says it, sets off Liberals. Even though Liberals actually said good things about him once, after his appointment to the Supreme Court, he is a focal point of Liberal hatred. Since Liberals think Republicans should have let Obama pick the next Supreme Court Justice to succeed Antonin Scalia, they regard his position as something of a robbery.

In other words, conservatives should be thankful for Donald Trump!

Over the past year, he has shown off a preternatural gift for violating the unspoken norms of the institution and unsettling polite legal society. Not since 1937, when Franklin Roosevelt appointed Senator Hugo Black to ram through the New Deal, had a new justice arrived on the Supreme Court in such a politicized way. Yet Gorsuch, rather than lie low, has embraced his spoiler persona. A few months after his confirmation, he thought it a fine idea to take a victory lap, traveling with McConnell to several of the senator’s alma maters. A few days later in Washington, he delivered a speech at the Trump International Hotel — at the time the subject of several federal challenges regarding the “Don’t accept foreign bribes” part of the Constitution.

Gorsuch quickly antagonized his colleagues on the bench, reportedly skipping a justices-only meeting Chief Justice John Roberts had asked him to attend and then dominating oral arguments in the first case he heard, about a workplace-discrimination claim. He later dissented in the case, lecturing the majority for overstepping its bounds. “If a statute needs repair, there is a constitutionally prescribed way to do it. It’s called legislation,” he wrote. “Congress already wrote a perfectly good law. I would follow it.” In cases since, he has come across as “awkward,” “condescending,” and “tone-deaf,” in the words of NPR’s Nina Totenberg, and has prompted Court watchers to comb his opinions for egregiously gassy prose — then launch them into Twitter orbit with the hashtag #GorsuchStyle.

“That style stuff is what has infuriated people on the left more so than anything else,” says Ian Samuel, who teaches at Harvard Law School and co-hosts the influential Supreme Court podcast First Mondays. “He’s not any more conservative than Justice Alito, for example, but attracts a disproportionate amount of hate. Everything he does on the Supreme Court suggests ‘Look at me.’ ”

Michael Moore Revs Up The Hate Train Against Roseanne