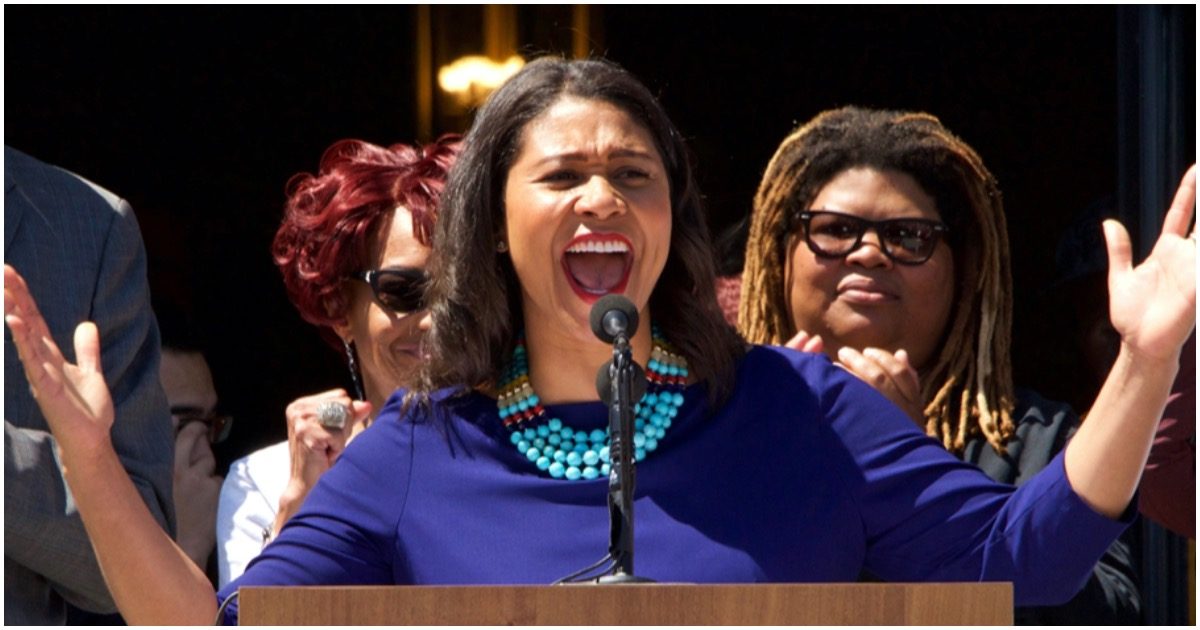 What can you expect from a state that elected the likes of Swalwell, Feinstein, Pelosi, Harris, Newsom, Lieu and so many other far-left radicals? Californians literally vote against their best interests, year after year – and somehow still blame all their problems on Republicans.

You cool with this, San Francisco?

Breed joined seven others at the restaurant on the evening of Nov. 7 to celebrate the birthday of socialite Gorretti Lo Lui, according to the San Francisco Chronicle. The others at the event were not named and it is unclear if of the people present, more than three households were in attendance. The event took place indoors.

At the time of the dinner, California’s mandatory health guidelines banned gatherings of more than three households. Breed’s spokesman Jeff Cretan confirmed the dinner to the Chronicle but did not elaborate on who else was in attendance or how many households were represented. He described the event as a “small family birthday dinner.”

At the time of the dinner, such an outing would have been illegal in Breed’s city of San Francisco, which had banned dining indoors or outdoors in a group larger than six people and with more than one household present. Three days after the her French Laundry dinner, Breed banned indoor dining across her city.