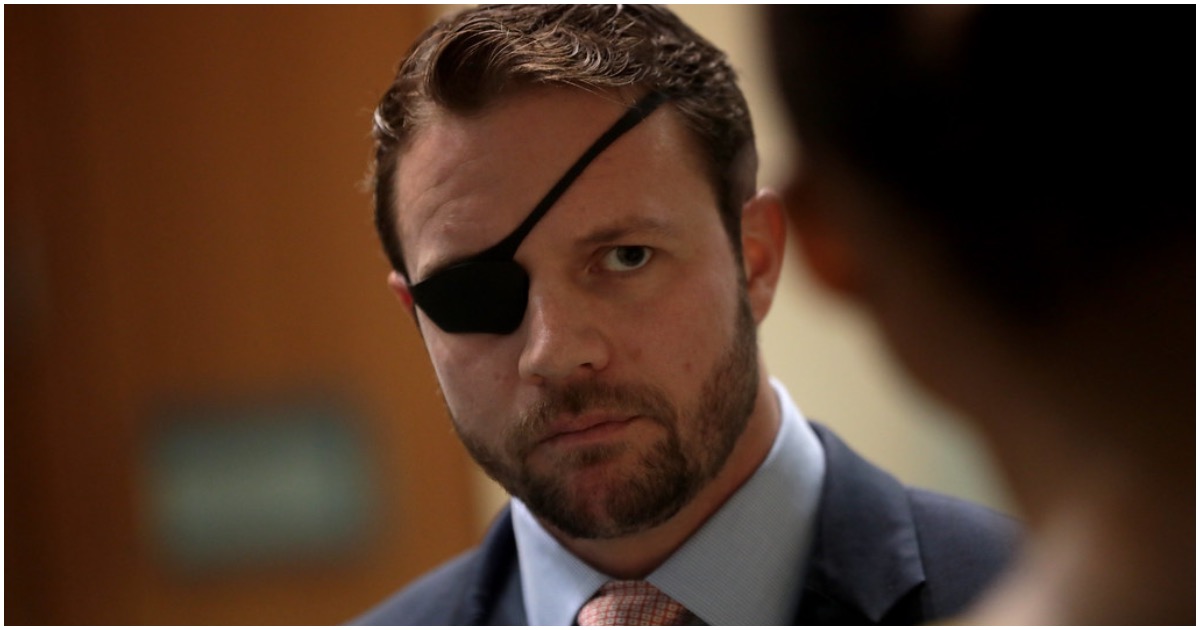 Just don’t do it.

Not only is the war hero a former Navy SEAL, but he’s an all-around good guy who has facts on his side.

Crenshaw has gone toe-to-toe with numerous Democrats since winning a seat in Congress, and he has shown no sign of slowing down anytime soon.

Ali made his vile comments in response to comedian Jon Stewart slamming members of Congress on Tuesday over their failure “to ensure that a victims’ compensation fund set up after the 9/11 attacks won’t run out of money — and for skipping a hearing devoted to that very crisis,” Fox News reported.

Hey “journalist,” maybe you should check your facts. I am a co-sponsor. Nice try though.

Ali then tried once more, because why not, right?

Thanks for letting me know. I'm glad you did and I have no problem correcting and updating the record with facts. Now try it with your comments about Ilhan Omar. You'll feel better. Sincerely, a fellow patriot. https://t.co/6bAsYBpxsY

During one of his numerous deployments to Afghanistan, Crenshaw was blinded by a roadside bomb. Dan lost his right eye but surgery saved the vision in his left eye.

He has received two Bronze Stars, the Purple Heart, and the Navy Commendation Medal with Valor.

And yet, none of that matters to far-left, unhinged liberals who seek to defend embattled freshman Rep. Ilhan Omar (MN) at all costs.

Crenshaw was dismayed when he heard that Omar said “some people did something” on 9/11, as were all proud Americans.

That’s when the left pounced.

Rep. Dan Crenshaw, a former Navy SEAL who was wounded in Afghanistan, was derided the left and accused of “playing the wounded victim” after he called for “deference” in discussions of the 9/11 terrorist attacks.

Ryan Cooper, a national correspondent at “The Week,” noted: classic fascist propaganda technique: whip up a storm of murder frenzy, then operatically play the wounded victim

Since then, Davidson has been to rehab for substance abuse and admitted to having mental health issues.

Pete was engaged to singer Ariana “I hate America” Grande but the two have since parted ways.

Reporters Caught In Another MASSIVE Lie About Trump, Wind Up Looking Like Complete Fools

ICYMI: Bernie Sanders Was Once Investigated By the FBI Over Ties to Marxist Group (Details)