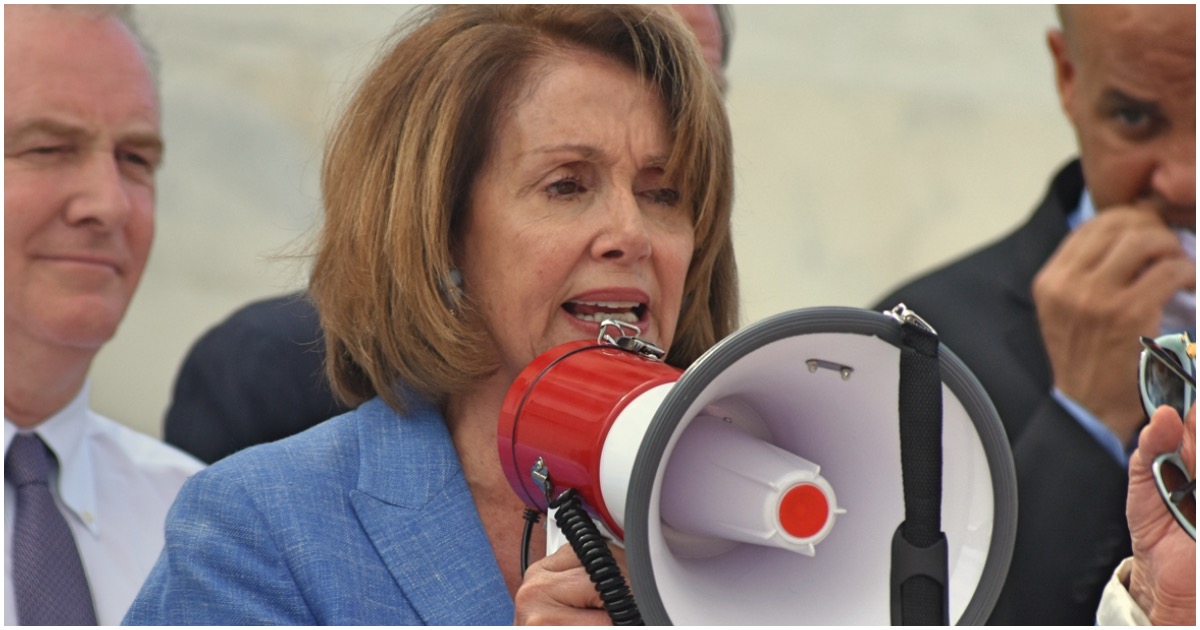 Doxxing. Publicly outing and shaming a person via technological advances because you disagree with them.

Welcome to the 21st century.

The man who allegedly posted viral videos of “drunk” Speaker Nancy Pelosi was the victim of far-left outlet, The Daily Beast.

NEW: I went looking for the Russian troll behind the 'Drunk Pelosi' viral video hoax. Turns out he's an itinerant forklift operator from the Bronx who's been secretly running hard-right "news" outlets across social media for years. Also, not Russian. https://t.co/mChiyVqy0B

The Daily Beast published an article Sunday identifying a Bronx man that they claim is the ultimate culprit behind a viral video that appears to show Speaker of the House Nancy Pelosi (D-CA) slurring through a series of speeches.

The shocking article identifies the man by name, calling him a “day laborer, sports blogger, and Trump superfan from the Bronx,” who is also “on probation for domestic battery,” though it’s not clear at all how any of those descriptors relate to his alleged involvement in creating or disseminating the viral video.

What is clear is that the Daily Beast and author Kevin Poulson are very proud that they managed to identify the civilian politico who edited several clips of Pelosi stumbling over words and struggling to find vocabulary, and are treating the matter as if they’ve uncovered a major scoop, rather than ruined a man’s life over a single social media post they found distasteful.

The Daily Beast tracked the video back to a blue collar forklift driver named Shawn Brooks, who apparently posted a series of Pelosi videos in jest — including one with the sound lowered so that Pelosi appeared less articulate than usual. The video was uploaded to several sharing sites and has been viewed, now, more than 4 million times. Left-leaning members of the media were apoplectic about the video last week, calling the video a “deep fake” and demanding that Facebook and other social media sites remove and censor the clip. Neither did.

More #FakeNews. They just make shit up about me. I don’t know this guy talked to. This is a big ass lie. #FakeNews #VeryFakeNews pic.twitter.com/WnhnRkGBzh

You outed him anyway

He posted a doctored video of Pelosi

Will you do the same for the thousands of libs who post doctored videos of Trump?

You outed him anyway

He posted a doctored video of Pelosi

Will you do the same for the thousands of libs who post doctored videos of Trump?

Let it be known far and wide that @brianstelter retweeted this. The self-proclaimed media watchdog is cool with other journos hunting down a random guy and doxxing him because he posted a joke video critical of a Democrat. This is why we hate most of your profession.

Let it be known far and wide that @brianstelter retweeted this. The self-proclaimed media watchdog is cool with other journos hunting down a random guy and doxxing him because he posted a joke video critical of a Democrat. This is why we hate most of your profession. https://t.co/YKIMwVW7p1

Reminder that the DB did basically the same thing a few months ago by going after a pastry chef who happened to work at Mar-a-Lago and posted some conspiratorial stuff online: https://t.co/jeKxqHe7fr

When President Trump sends a tweet of Speaker Pelosi stuttering, it’s a “smear.”

Related Topics:democratsdoxxedFeaturedpelosithe daily beast
Up Next

Trump Unloads Both Barrels On Mexico Like Never Before: ‘We Want Action, Not Talk’