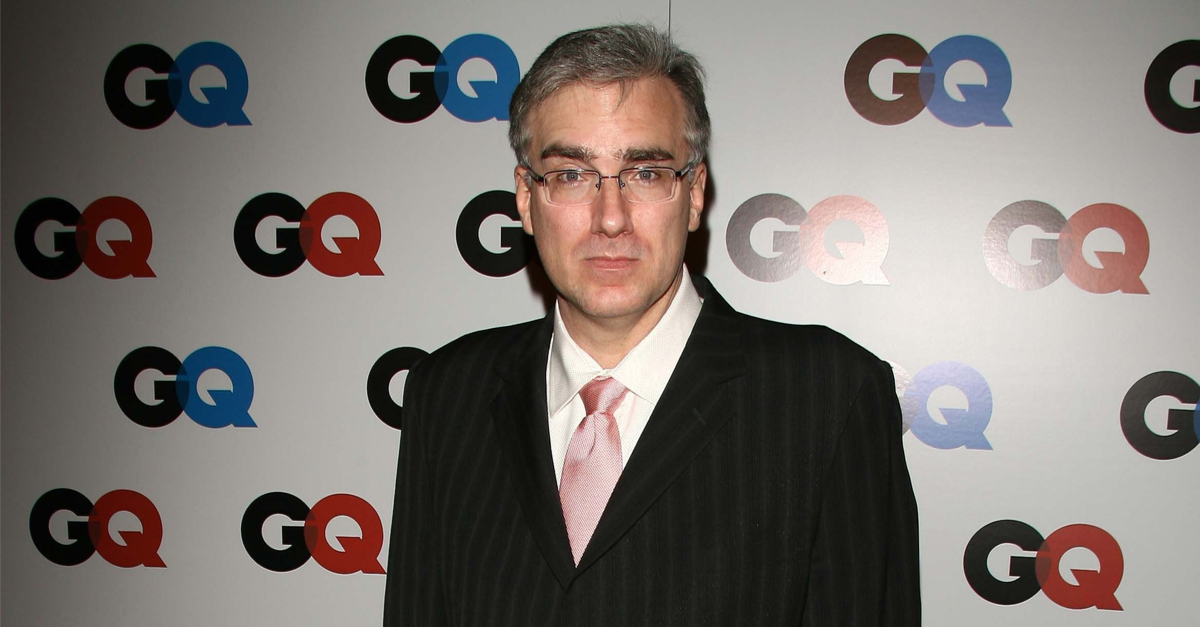 There are literally thousands of ways in which politicians on the left side of the spectrum have attempted to adversely affect the Second Amendment, but perhaps none are quite as bald-faced as the argument being made by Keith Olbermann this week.

You see, the Second Amendment isn’t going anywhere.  There just isn’t the stomach for it here in the United States.  The bloodshed and the violence that would occur should the government start going door to door to confiscate guns is just unfathomable, and there is no one worthy of public office who thinks such an outcome would be acceptable.

But now, the aforementioned Olbermann has a novel new approach to somehow abolishing the inalienable right to bear arms:  Pretend like the wording of the Constitution itself is a disqualifying technicality.

“Consider again the holy Second Amendment to the Constitution and ask yourself this question. Why doesn’t the 2nd Amendment have the word ‘own’ in it? Why does it not say the right to own guns or a synonym for own?” he asked sarcastically before reciting the existing amendment.

In his tweet promoting the video he declared that “the 2nd Amendment does NOT authorize gun OWNERSHIP!”

The Second Amendment “isn’t about gun ownership, it’s about regulation of state militias,” he said on the video. “Yet thousands of us die every year buried under this same [expletive].”

This is akin to suggesting that you’re allowed to take all of the photos that you want, but you are not allowed to own a camera.

It seems that the Democrats are finally staring down the bottom of the barrel in terms of anti-2A arguments.

Democrats Are Fighting Against One Man One Vote, NOT Voter Suppression