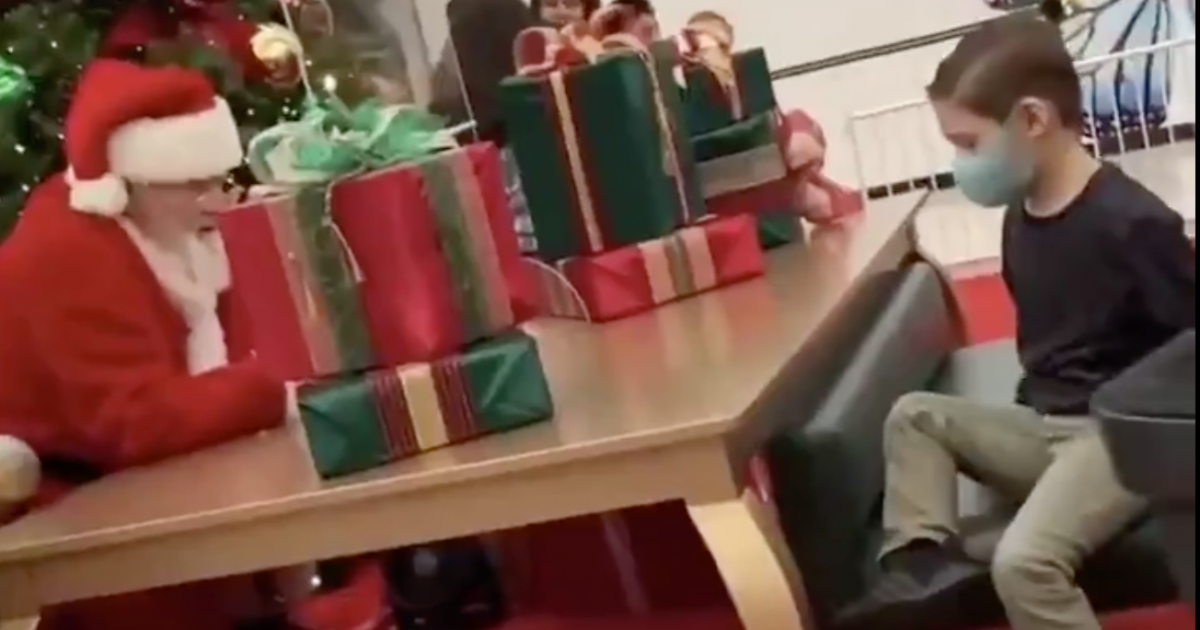 Nerf gun violence is a serious threat to our society. Each year, between zero and two children are forced to use a band-aid to cover up a slight scratch on their arm.

He (or she, not sure) asked the boy what he wanted for Christmas. The boy didn’t know at first, but then said he wanted a nerf gun.

That’s when this sad excuse for a Santa said “nope, no guns.” After the mom clarified that he was simply asking for a nerf gun, Santa replied “not even a nerf gun.”

Liberal Santa sends Young Boy Away in Tears After Refusing to Gift Him a Nerf Gun for Christmas @Hasbro pic.twitter.com/9QbKtxcJGK

Was this particular Santa told beforehand to say no to any sort of gun gift, or did he act on his own?

Trump Promises: ‘Lot of Big Things Happening Over the Next Couple of Days’ (Watch)