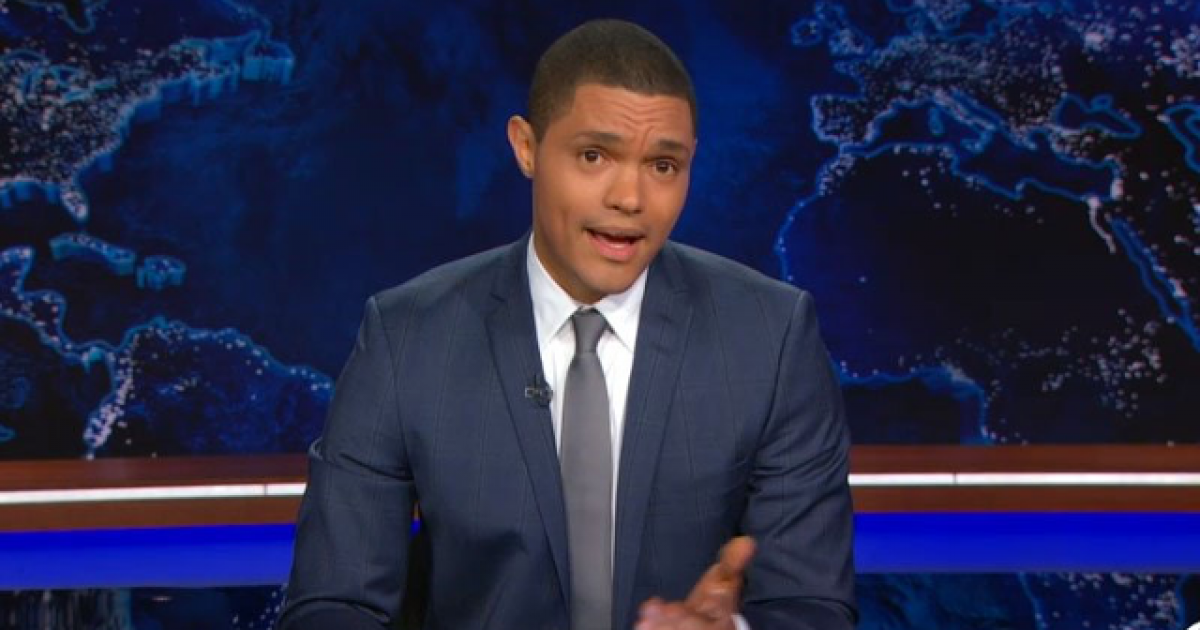 Liberal TV host Trevor Noah, of the Daily Show, may have just caused many of his hardcore left-wing viewers to nearly die in shock after he actually gave President Trump genuine praise for the trade deal he reached with Mexico and Canada on Monday night.

It might be the end of the world after all.

Noah celebrated Trump for securing a new trade deal with Canada and Mexico in a monologue that was rife with praise.

“Believe it or not, this weekend, Donald Trump — for the first time — delivered on the winning part,” Noah explained, pointing to positive media coverage of the new trade deal.

“People said it would be bad to elect a bully as president, but now America is literally taking Canada’s milk money,” Noah said. “So I guess it worked. It worked.

“Jokes aside, this deal looks like it will help American car makers and farmers, and protect a lot of U.S.-based jobs,” he continued. “I don’t know if this is historic news for the entire world, but it is a big deal, so I understand why Donald Trump wanted to take a victory lap.”

Of course, Noah still couldn’t resist taking a jab at Trump, remarking that “He took a victory lap inside a tanning bed.”

Hey, it’s a small victory to have someone like Noah give the president any sort of serious praise, so we ought to take the good with the bad here.

Still, the president has actually done quite a bit that’s worthy of praise. Unfortunately, leftists are so busy irrationally hating him and everyone who supports him, that they don’t notice.