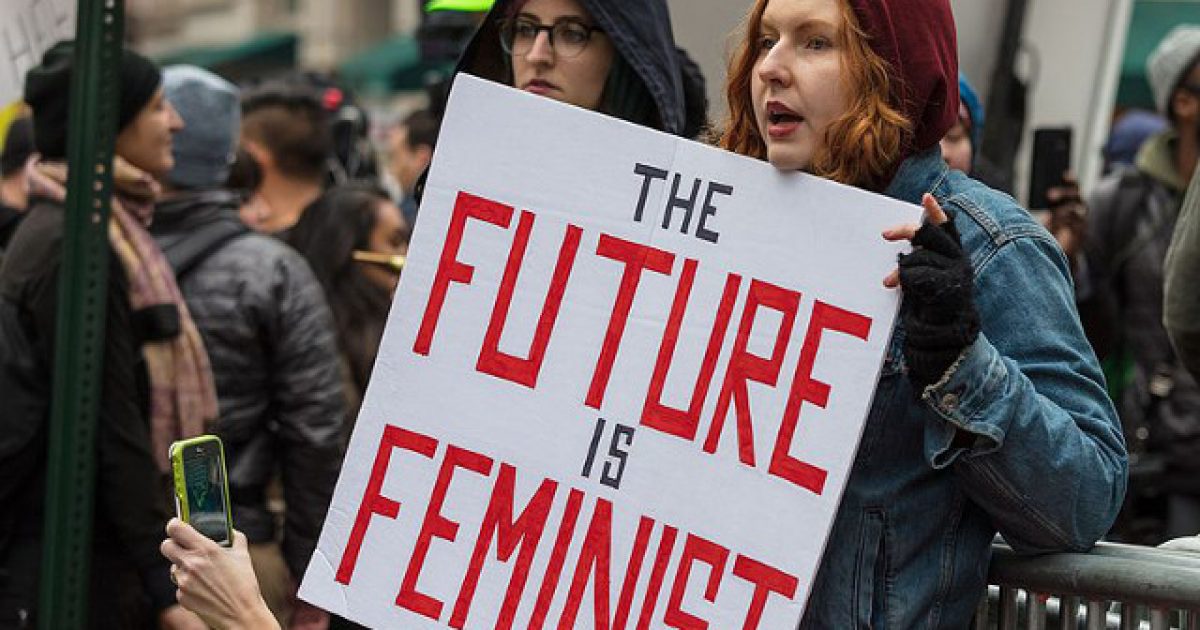 Despite all of their rhetoric about women being treated with decency and respect and not as sexual objects, liberal ladies certainly do a whole lot of self objectification, don’t they?

Ten left-wing women have decided that the best way to motivate folks to get out and vote Democrat in the November midterm elections is for them to put together a “cheeky” campaign — you’ll get that in a second — where they strip down to their birthday suits and ask you to “grab them by the ballot.”

Yes, this is every bit as cringy as it sounds.

The series was named, in a reference to Donald Trump’s infamous “grab’em by the p***y” remark, “Grab Them By The Ballot.” Trump’s comment became public late in the 2016 election season.

The photo series was organized by Dawn Robertson, 48, who wanted women of different shapes, sexual orientations, and races to demonstrate their unified opposition to the Republican Party. Robertson said her effort was precipitated by the #MeToo allegations against various celebrities as well as what she termed the GOP’s attack on women’s reproductive rights and transgender people’s rights.

Robertson, a Harvard Law graduate who writes about sexuality and relationships, according to The Daily Mail, said: “With the Kavanaugh nomination and MeToo and Trump, women are rising everywhere. What the Republicans are doing to transgender rights, the way they are attacking women’s reproductive rights and the collective trauma means that women are really coming to the forefront now. I hope that the pictures encourage women and marginalized communities to vote. I want them to know that their voice matters and this is serious s***.”

Robertson acknowledged her debt to photographer Anja Shutz for her 2016 series of nude photographs, similarly titled “Grab Him By The Ballot,” where a series of woman also posed nude with ballots to cover them. Robertson added, “The difference is we are saying it’s not just Trump, it’s Kavanaugh and all the alleged abusers who have been exposed by the Me Too movement.”

Robertson claimed there were those who were angry at her for her effort: “I faced a lot of backlash when I tried to recruit a diverse group of women. I was told I was objectifying women, that nudity equals promiscuity and even that I was playing the part of a white savior. But I don’t think that the pictures oversexualise the women.”

Robertson concluded, “Nudity is fine, being naked is a natural expression. Men have sexualized and monetized women’s bodies but these pictures give the power back to the woman.”

BREAKING NEWS: Democrat-supporting women strip off for photo shoot called 'Grab Them By The Ballot' in an attempt to persuade people to vote against Republicans. They're hoping the images will encourage people to vote on November 6. pic.twitter.com/ydZw1KVdHe

This is pretty disturbing for a multitude of reasons, not the least of which is the fact this sort of flies in the face of everything “feminism” is supposed to stand for. How is presenting your body for others to leer at in a perverted way empowering? That doesn’t really make a whole lot of sense, does it?

Respecting yourself, true empowerment, comes from modesty, not from using political causes as an excuse to get naked in front of the whole world.

Trump’s Latest Caravan Threat Crosses the Line for Many Americans

New Poll Reveals Who America Really Blames for Dividing the Country. The Answer May Surprise You.