Liberalism can no longer be treated as a serious ideology, nor can it be considered sane. Unless of course, they are just monkeying around.

Cass Sunstein, One of Barack Obama’s czars believed that animals (or their representatives) should be able to sue humans. In other words, Fido could sue you for not buying the correct rawhide bone, and you’d have to take that T-bone of the grill because the cow hired the ACLU. Another Obama Czar, John P. Holdren thought that trees should have legal standing. In other words, the Oak in front of your neighbor’s house could sue you for allowing Fido to pee on its roots.  At least those are living things.  The left’s latest gambit is to force its way on the nation via the courts by giving “human rights” to lakes, rivers, and streams. That way liberals can force “the law” to their radical environmental agenda.

The latest idiocy was revealed in an article entitled, “Can Rivers Be People Too?,” published on May 9 by the risible left-wing rag, The New Republic.

The long answer to that question is “no,” they can’t be people too.

This crazy idea started last year when a group of environazis filed a nuisance lawsuit claiming that the state of Colorado had violated the Colorado River’s “right to flourish and regenerate.”

Their suit claims that the river should have human rights because its existence supports humans, animals, plants, and the very environment itself.

How did this insensible group come to imagine that this idea is viable? Because liberals have already succeeded in some cases in giving “rights” to animals.

And “why not?” As the absurd New Republic explained:

Humans aren’t the only ones with rights, after all. In recent years courts have heard cases arguing that chimps, elephants, and other highly intelligent animals should have legal personhood. In India, Ecuador, and New Zealand, courts and legislatures have recently recognized some special rivers as having their own legal rights—the time seemed ripe for DGR’s argument. In 2010, the Citizens United decision extended First Amendment rights to corporations. In 2014, the Hobby Lobby decision secured closely held corporations some measure of religious freedom. U.S. law has granted personhood to corporate entities, the suit argued. Why not ecological ones?

Fortunately, this particular case did not succeed. The nutcase that filed the suit eventually withdrew it: “‘Either American society and our law is ready for this expansion of rights or it isn’t,’ Flores-Williams said. ‘And it appears like right now, at this point, it’s not.’”

But, it hardly matters that this first try failed. After all, liberals don’t bother themselves too much about a little momentary failure. Each and every day they push their extreme, un-American, even anti-human, ideas and every single day their ideas come closer to acceptance.

Salon was right. Look at the push for animals to have rights. 20 years ago everyone but the most radical animal lunatics like PETA whackjob thought animals should have human rights. But during the ensuing years, the left kept filing one nuisance lawsuit after another, kept pushing the concept on children, and kept forcing their ideas on society despite one loss after another. Yet, they soon began having small successes. And those small successes built one upon another. Now, the idea of animals being afforded human rights is not seen and universally idiotic as it once was and as it should be.

In 2011  a professional wildlife photographer handed his camera to a crested macaques monkey to take some selfies. The photographer, David Slater loved the selfies and published them along with other animal pictures in a book called “Wildlife Personalities.” PETA was not happy.  The radical animal group named the monkey Naruto (a city in Japan and the name of one of my son’s favorite Japanese animes) and then sued Slater for copyright infringement (in the name of the monkey). The case made its way to the U.S. District Court for Northern California, where it was dismissed in 2015. But it was revived and eventually, a settlement was reached between PETA and the photographer, who agreed to donate 25 percent of any future revenue from Naruto photos to groups that protect crested macaques and their habitat in Indonesia. 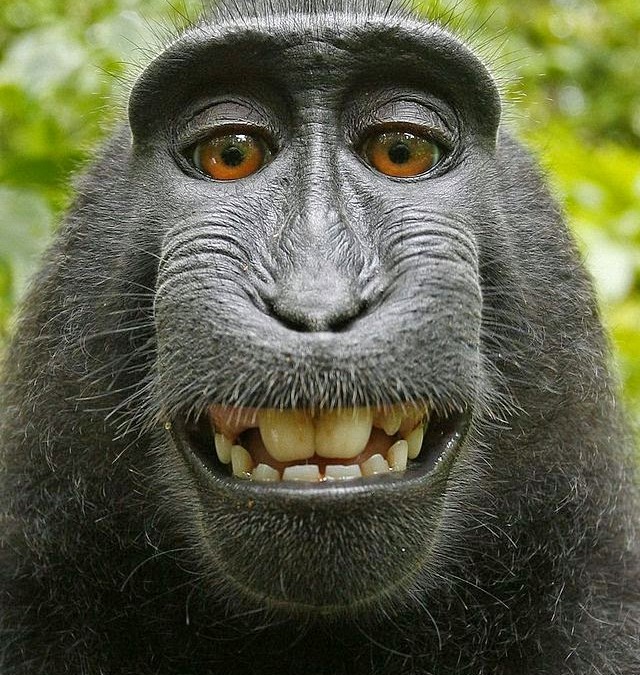 We are seeing such radical nonsense in other areas, too. This week we saw a new level of interference with parental rights. A leftist kook who calls herself a “sexual consent expert” is now saying that parents should not be allowed to change their baby’s diaper unless the child gives its consent to do so. Why? Because she claims changing diapers without consent is sexual assault. The truth is NOT changing diapers is nasal assault.

Liberals hate parental rights. They want the rights of a parent to raise their own children eliminated so that children will all belong to the state… the state THEY control.

Anyway, the same thing will happen with the idea of giving rights to environmental subjects. Now that this insane idea has been put into action, liberals won’t stop until they win their objective… despite loss after loss. It is in keeping with Alinsky’s Rules for Radicals, after all.

This is all of a piece with the descent of liberalism into madness. Many conservative talk show hosts seem to be convinced that liberals and leftists are different things (Dennis Prager and Chris Plante come to mind). They constantly want to claim that liberals are not leftists. But they are wrong. Real “liberals” no longer exist. Yes, there are a dwindling number of Democrat voters who exhibit the traditional conservative ideals that used to define every day, Scoop Jackson-styled Democrats. But there aren’t any such people in places of power or among activist groups. None. Not. A. One.

But it is also evidence that neither logic nor common sense can form a part of liberal thinking.

They claim they love the Constitution and they fight to give it new meaning in federal court. They claim that the power of the federal government needs to be strengthened to get their way. But then when that doesn’t work, they fight against the federal rules over immigration because such laws get in their way, So, suddenly they claim to love local rule so that they can force local “sanctuary city” rules. And when those efforts start to fail, suddenly they are all about “international law” so that foreigners can come in and force America to bend to the left’s rules.

In other words, they really don’t have any principles nor do they have any legal ideals. Everything is fungible, everything can be bent to whatever they need at the moment.

Liberalism has neither logic nor morals.

Liberalism is constantly taking rights away from humans while trying to give them to animals an inanimate objects.

We will end this post here because my keyboard is complaining my fingers are hurting it.

Some of this post was originally seen at Constitution.com

Putin Tells Western Leaders to Lay off the Booze, Keep Their Shirts On

Leftists have justified their disgusting comments by saying she lied about overturning Roe v. Wade during the confirmation process.
By Grant Atkinson, The Western Journal  June 30, 2022 Comment MoreShare

Goldberg: 'You better hope that nobody says, "You know, you’re not in the Constitution. You’re back to being a quarter of a person.’”
By Elizabeth Stauffer, The Western Journal  June 30, 2022 Comment MoreShare

A major convenience store chain is offering two gasoline blends at prices below $4 a gallon through July 4.
By Jack Davis, The Western Journal  June 30, 2022 Comment MoreShare

President Joe Biden received some bad news about his oil strategy from another foreign leader as the cameras were rolling.
By Jack Davis, The Western Journal  June 30, 2022 Comment MoreShare
Next