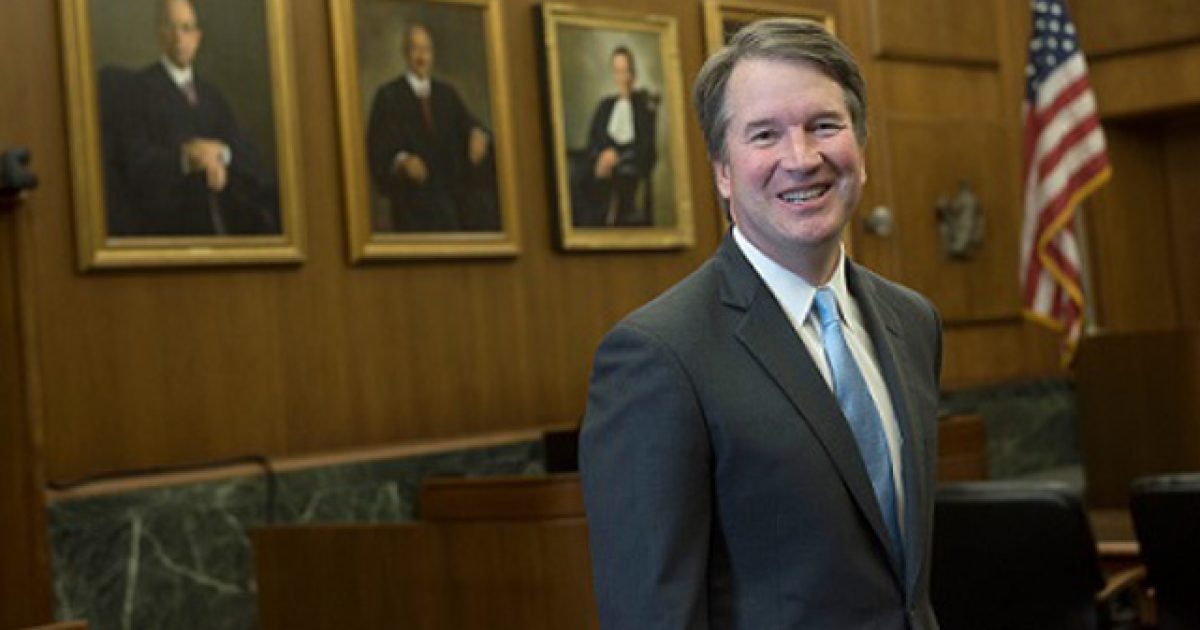 Liberals who are fuming about President Trump’s SCOTUS nominee Brett Kavanaugh have resorted to their typical crass ways by sending tasteless care packages to female senators in Congress, urging them to stand strong in the fight against the confirmation of Kavanaugh to the Supreme Court.

What was sent to the senators? How about “pee-proof” underwear for starters.

This is really gross and classless, but what do you expect from progressives?

Included in the packages were one pair of Icon’s “moderate absorbency underwear, which holds between six and eight teaspoons of urine,” according to the report. Also included was a water bottle and a protein bar, so the senators can be hydrated and energized. One pair of Icon’s Hi-Waist underwear reportedly retails for $39.

Icon’s vice president of marketing said it is “absolutely critical the senators wear the company’s pee-proof underwear when opposing Kavanaugh late into the wee hours,” the report states.

“It’s unclear how long SCOTUS nominee Brett Kavanaugh’s Senate confirmation hearing will last, but we know that it is absolutely critical for our Senators to do everything possible to prevent the appointment of a Supreme Court Justice who would roll back women’s rights and undermine women’s health,” Kejal Macdonald, Icon’s vice president of marketing, said in the Washington Examiner report.

“That’s why we’re sending our absorbent, odor-free underwear to all of the women in the Senate, so that they can do everything possible to stop this nomination and protect our rights,” Macdonald said.

The companies said through Unbendable Media, a public relations firm, that it is working to break the taboos surrounding discussions about menstruation and bladder leaks. Icon aims its products at women who have bladder leaks, which it estimates are about one-third of American women, the report states.

You’d think that the women who received this package would be highly offended by its slightly offensive, demeaning view of women, but alas, feminists are a fickle crew.

At the end of the day, Kavanaugh is likely going to make it in and that’s going to be super good news for those of us who love our liberty. For the first time in a long time, a conservative majority will rule the roost across the board.

One of the first things that needs to go is Roe v. Wade, which is exactly what the left fears will happen. However, if we want the blessings of God, we better start, as a nation, repenting of our sins, and quit breaking commandments, starting with “you shall not murder,” one we can keep by protecting the unborn.