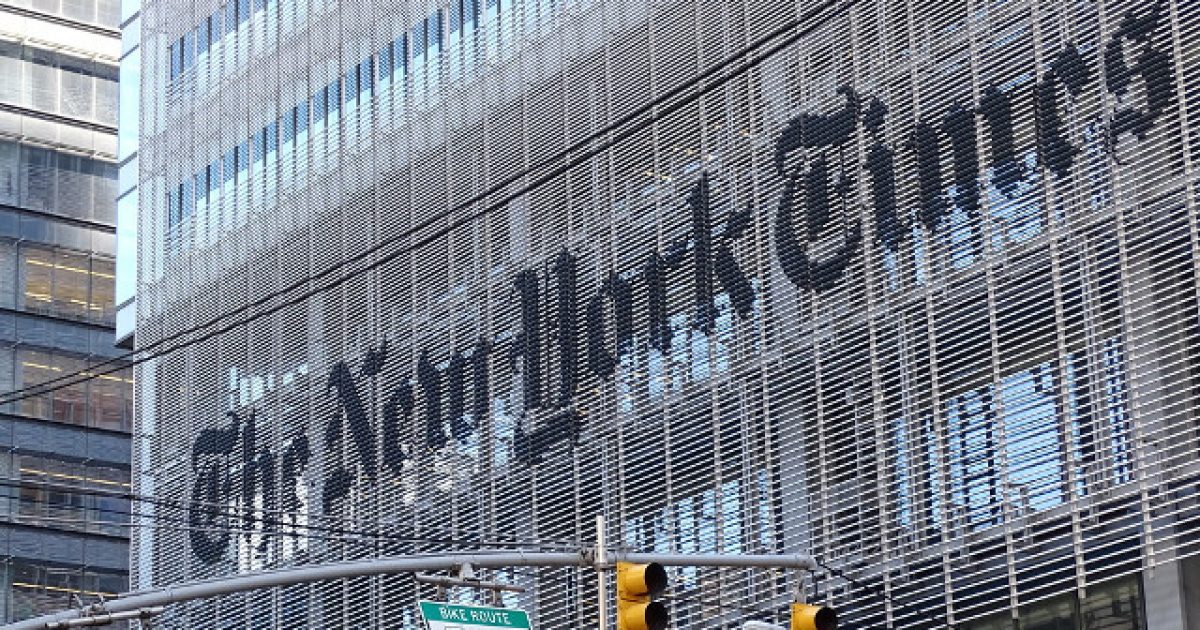 A headline published by the infamously hardcore left-wing New York Times that seemed to be a little bit favorable toward President Trump sent the left in America into an absolute hissy fit, with the hashtag #CancelNYT trending on Twitter.

How did the NYT respond to the controversy? Exactly how you’d expect. They caved and changed the headline to something more “appropriate” for their audience.

On Monday, Trump unequivocally condemned white supremacy and all forms of racial hatred. “The shooter in El Paso posted a manifesto online, consumed by racist hate,” he said in prepared remarks (full text below). “In one voice our nation must condemn racism, bigotry and white supremacy. These sinister ideologies must be defeated. Hate has no place in America. Hatred warps the mind, ravages the heart and devours the soul.”

Trump urged Americans to come together in solidarity and for political leaders to work for bipartisan solutions. “In the two decades since Columbine, our nation has watched with rising horror and dread as one mass shooting has followed another, over and over again, decade after decade,” he said. “We cannot allow ourselves to feel powerless. We can and will stop this evil contagion. In that task, we must honor the sacred memory of those we have lost, by acting as one people. Open wounds cannot heal if we are divided. We must seek real bipartisan solutions – we have to do that, in a bipartisan manner – that will truly make America safer and better for all.”

In its front-page coverage of the speech for Tuesday’s paper, the Times offered the (initial) headline: “TRUMP URGES UNITY VS. RACISM.”

The headline, which accurately describes Trump’s comments, was noted by FiveThirtyEight Editor-in-Chief Nate Silver, who tweeted out a screenshot of the front page of Tuesday’s Times and offered his thoughts: “Not sure ‘TRUMP URGES UNITY VS. RACISM’ is how I would have framed the story,” wrote Silver.

Not sure "TRUMP URGES UNITY VS. RACISM" is how I would have framed the story. pic.twitter.com/quOibXsp32

And here’s how the classless left responded:

Lives literally depend on you doing better, NYT. Please do. https://t.co/L4CpCb8zLi

That’s not what happened. https://t.co/m6eIZOARcZ

FWIW (certainly better to do this than not IMO) they changed their headline between the 1st and 2nd print edition. pic.twitter.com/DOSAMFbvq0

How sad is it that the media has gotten so deep within the progressive movement that they are willing to fudge facts, to be less clear in the truth of what is said and reported, all to appeal to their liberal fanbase? It’s truly tragic to see what has become of the “free press” in America.

The truth of the matter is, President Trump condemned radical white supremacy and called for Americans to put away hate and stand together, united, against the awful plague of violence sweeping our country. That’s a message we should all be able to get behind. And that would be true if anyone else were president.

The left has already determined to hate Trump no matter what, so even when he does good, he’ll never get anywhere with these people and that sort of thinking is exactly what’s wrong with our nation today.

Crazy Liberal Protesters Show Up At Mitch McConnell’s House; What They Say Next Is Horrifying

We Now Know Who the Dayton Killer Supported for President, & It Speaks Volumes (Details)