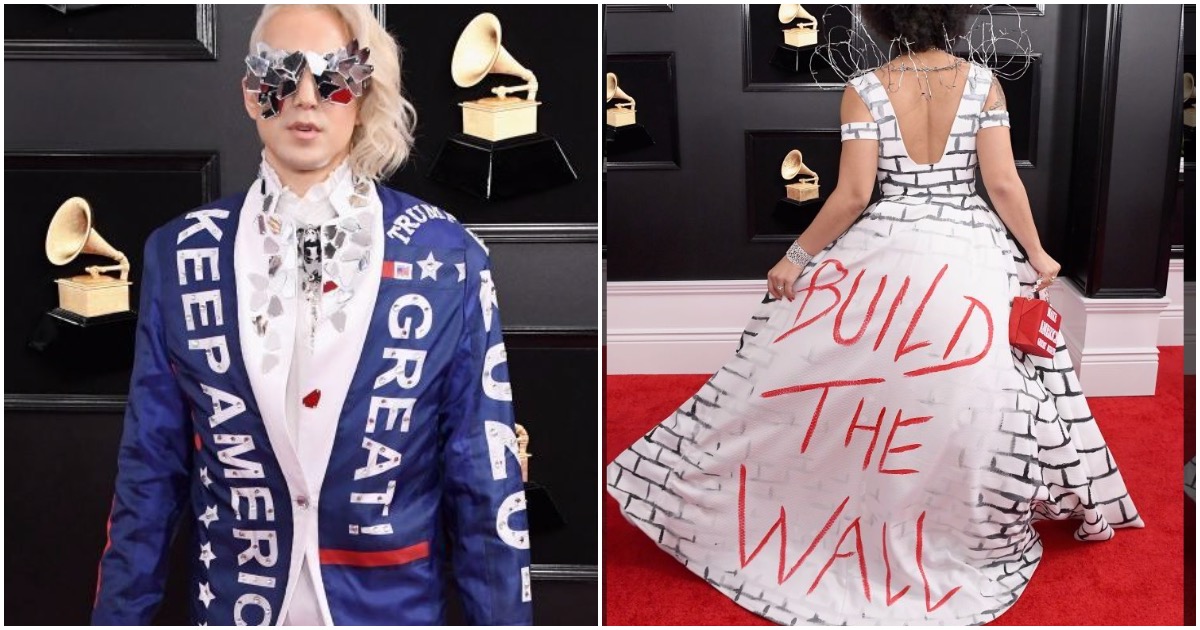 Joy Villa doesn’t care if she offends liberals with her pro-Trump outfits. She made that perfectly clear at Sunday night’s Grammy Awards.

Naturally, the left went on the attack. They slammed and smeared “toxic” Villa, calling her a “terrible person” – among other things.

Joy Villa made her annual MAGA statement on the 2019 Grammys red carpet, and this time the “Make America Great Again” singer had some company: Ricky Rebel.

Villa, 27, dressed as a barbed wire border wall on her way into the Grammys with a silver dress and crown with a red Make America Great Again purse.

Once inside, she ditched the shell and showed off a low-cut gown emblazoned with bricks and a back that read, “BUILD THE WALL.” 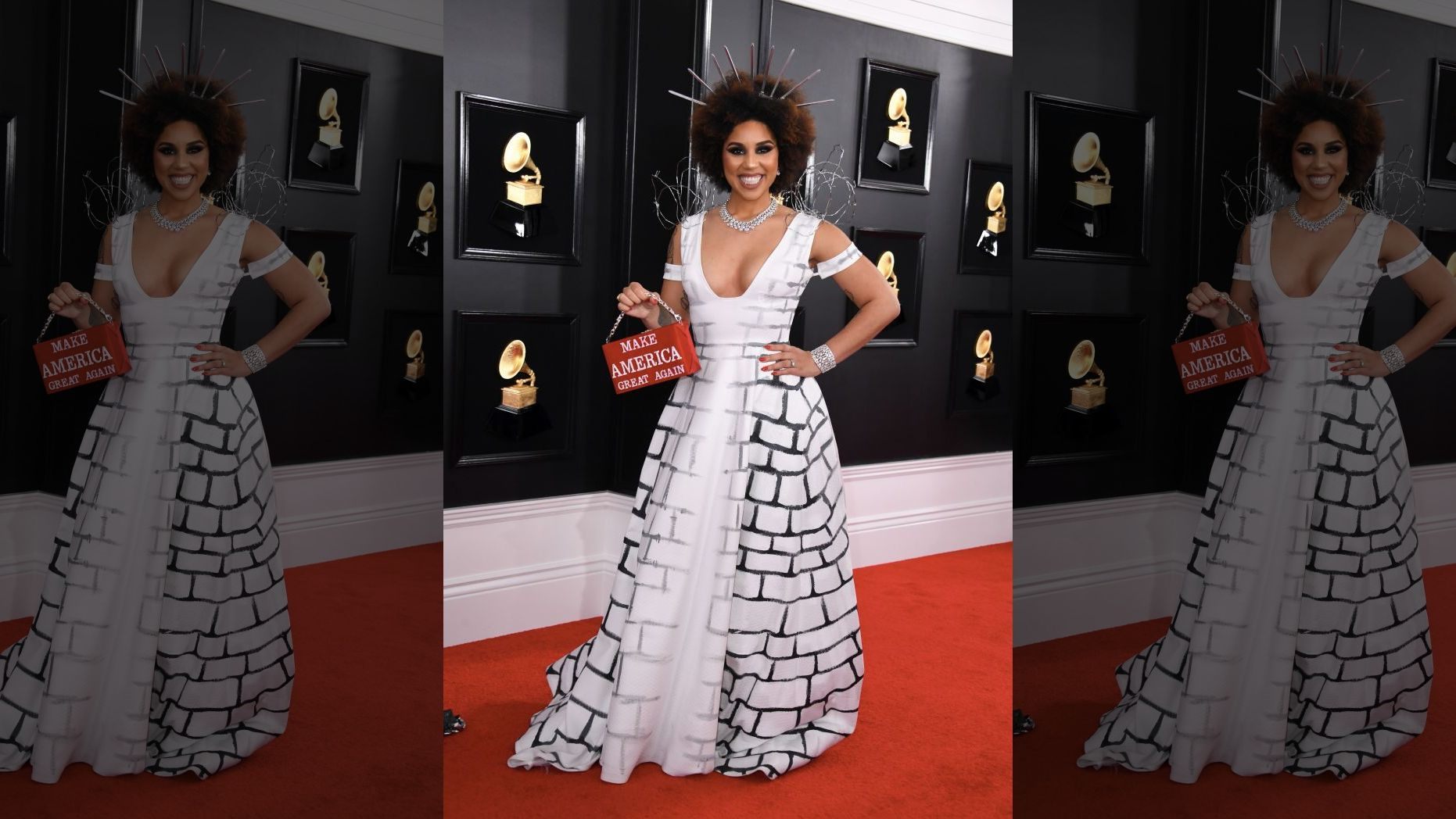 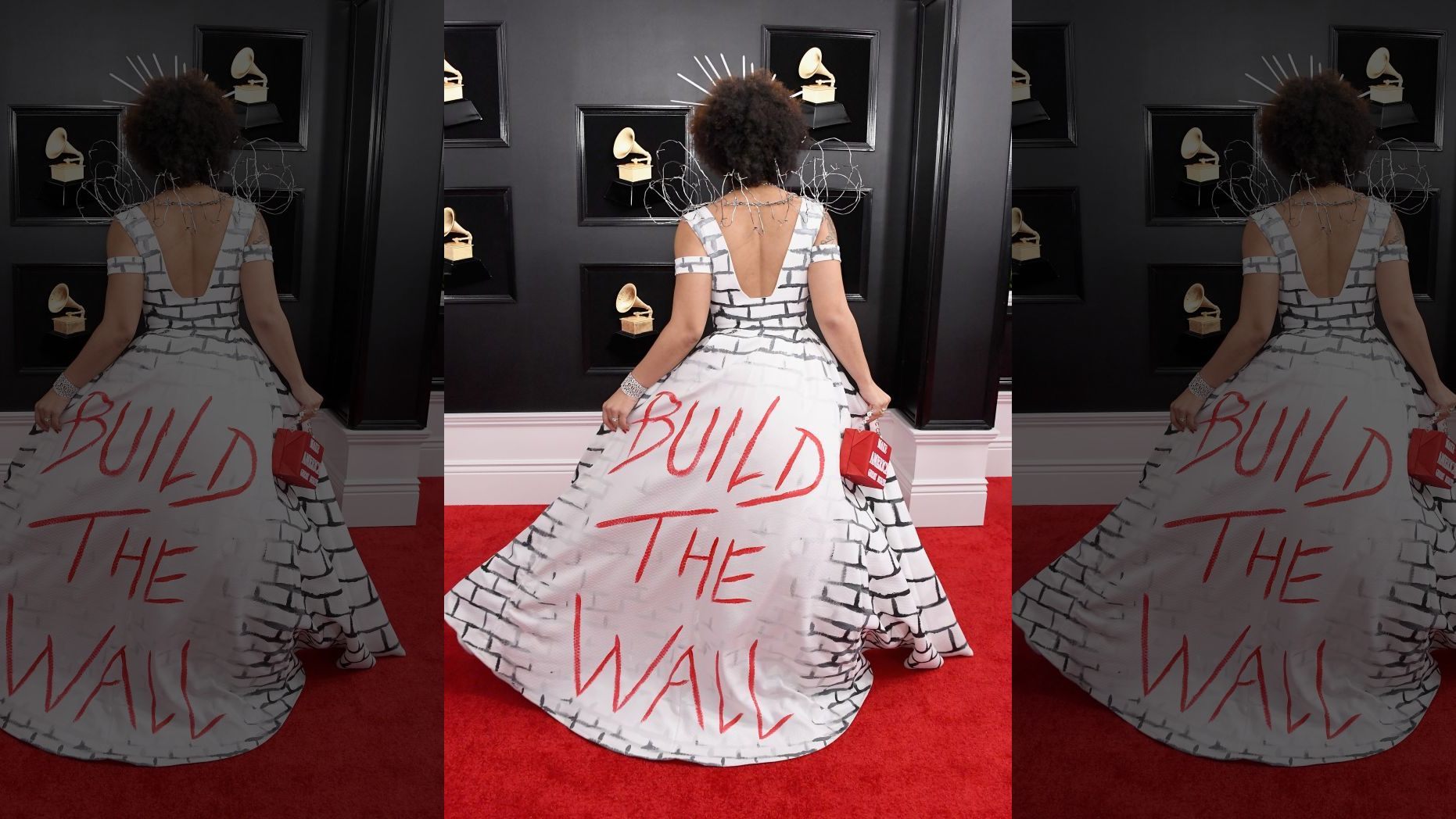 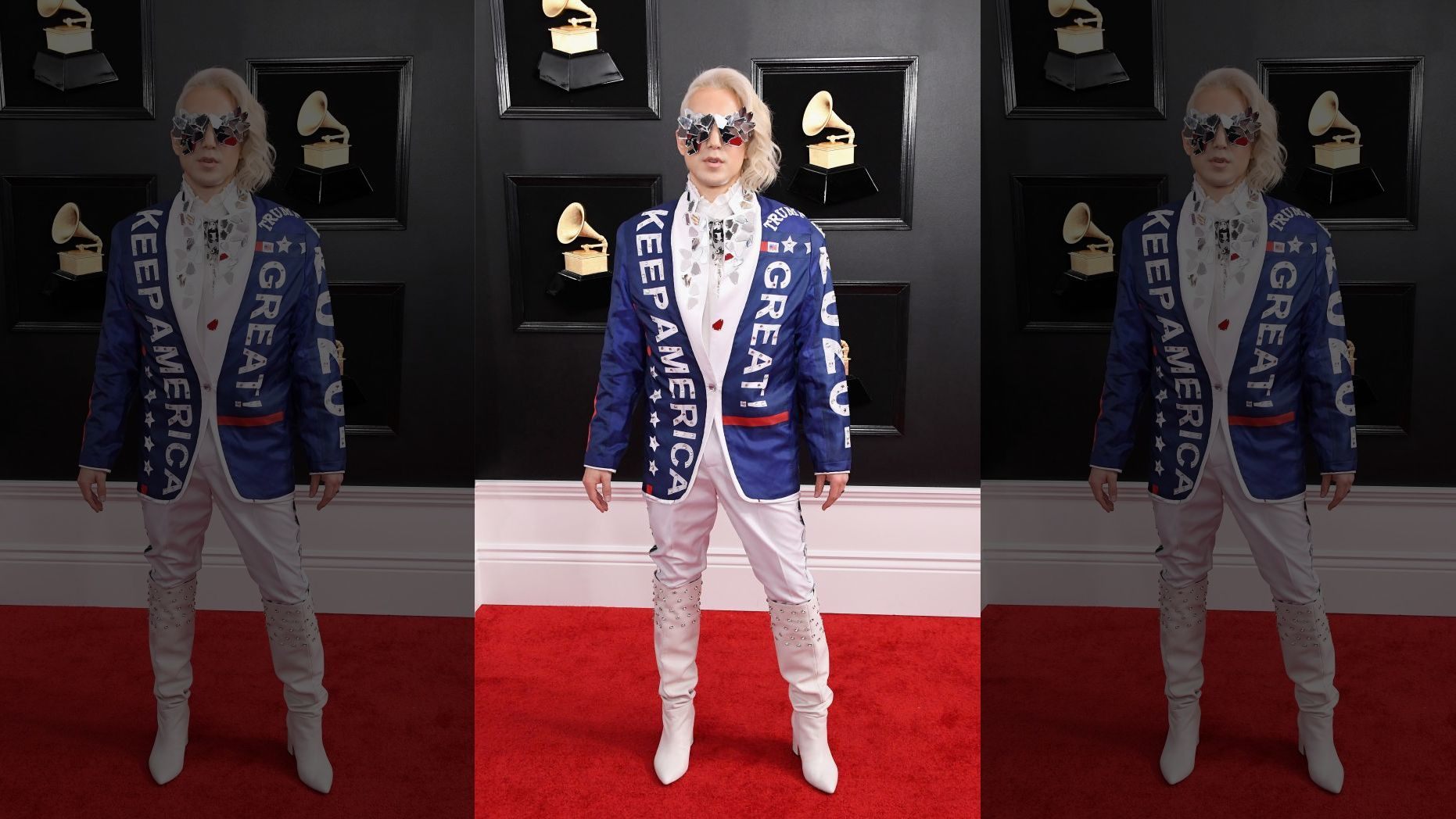 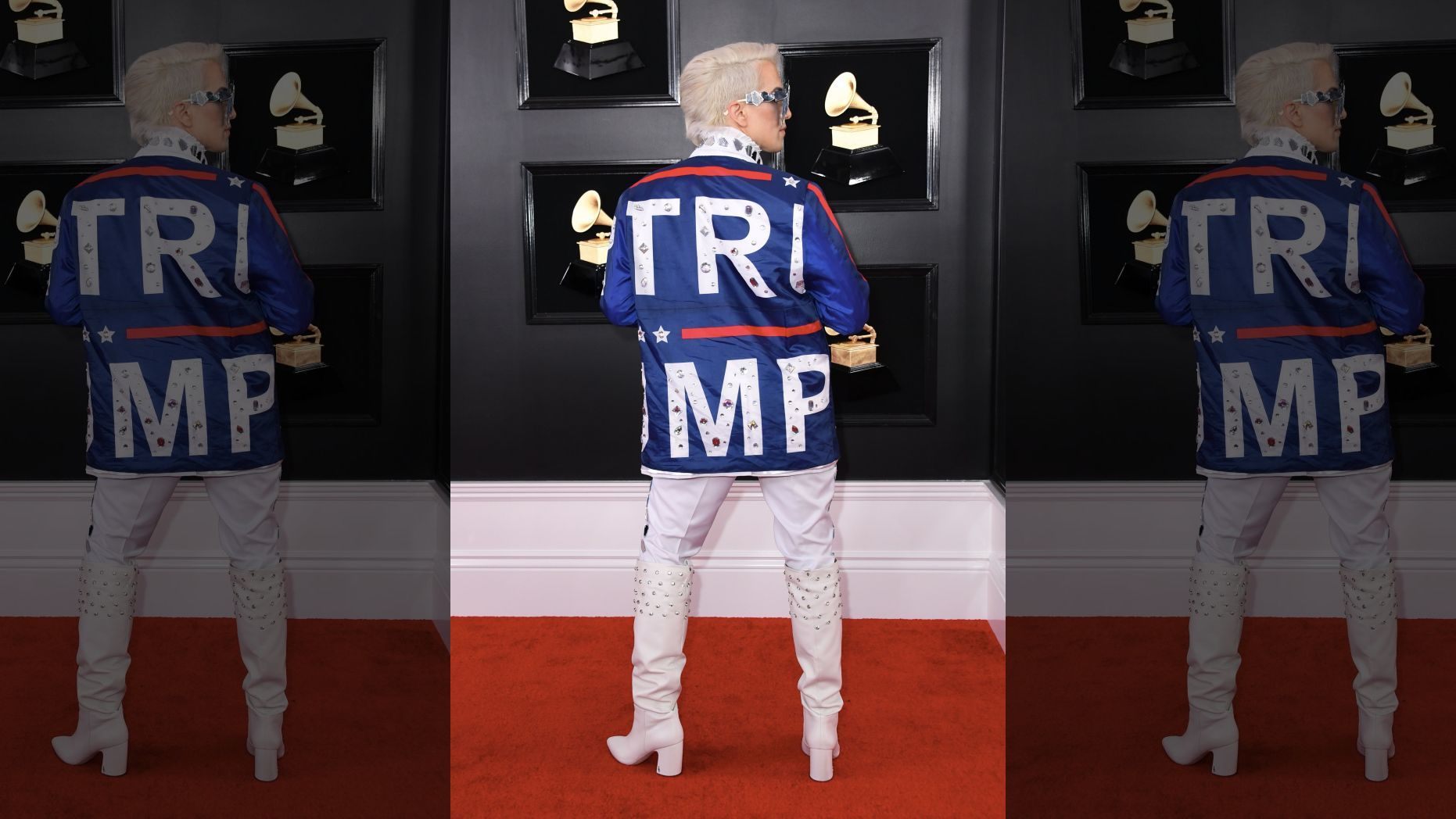 Joy Villa is a Scientologist on top of being a Trumpster.
And now she's wearing a barbed wire dress in support of a racist wall.
She a terrible person.#GRAMMYs

I guess when you have no discernable talent, you have to do something to draw attention to yourself, no matter how stupid and ridiculous it makes you look. Joy Villa #GRAMMYs

Well Joy Villa and Ricky Rebel are on my list now. #TrumpSwamp

It's not often that you see a dress that screams, "Look at me, I'm a batshit crazy, xenophobic bigot."

HSKSJDJS ITS RICKY REBEL I LITERALLY USED TO LISTEN TO HIM ALL THE TIME IM SO EMBARRASSED I DIDNT KNOW HES A TRUMP SUPPORTER NOW ????

Had to unfollow Ricky rebel because he supports trump and I’m super bummed about it and also very confused ??? I never understand LGBTQ+ people who support him

Yeah, ‘Ricky Rebel’ can go fuck himself for equating support for Trump with coming out of the closet. https://t.co/2vYmQKlHDm

Can we stop inviting Joy Villa to the #GRAMMYs she’s toxic and clearly a shitty person. pic.twitter.com/Z6VVszG1mV

joy villa every other day of the year waiting for the #grammys so she can be relevant again for about 1-2 business days pic.twitter.com/9P1fELoViE

I don’t care what anyone thinks. I 100% support the wall & our President @realDonaldTrump. Do you want more drugs brought in? (70% of heroin from Mexico) More illegal women getting sexually assaulted (1 in 3)? More children being trafficked? (Thousands a year) because I DO NOT!

I don’t care what anyone thinks. I 100% support the wall & our President @realDonaldTrump. Do you want more drugs brought in? (70% of heroin from Mexico) More illegal women getting sexually assaulted (1 in 3)? More children being trafficked? (Thousands a year) because I DO NOT! pic.twitter.com/ErdOJhD5IN

Rebel’s response to his haters:

I’m Billboard Top 40 recording artist Ricky Rebel live at the #grammys and I’m a reflection of the 60 million+ Americans that voted for @realdonaldtrump. Be #TheNewAlpha Don’t let anyone keep you in the closet. #kagjacket by @officialandresoriano #MAGA #KAG

I’m Billboard Top 40 recording artist Ricky Rebel live at the #grammys and I’m a reflection of the 60 million+ Americans that voted for @realdonaldtrump. Be #TheNewAlpha Don’t let anyone keep you in the closet. #kagjacket by @officialandresoriano #MAGA #KAG pic.twitter.com/pIZd3dxMMx

Candidate Donald Trump’s biggest promise to the American people was to build a wall on the southern border.

As the country knows, Democrats aren’t going to help the president in any way whatsoever.

Now, the Associated Press is confirming that construction is about to start on a portion of the wall in Texas.

Heavy construction equipment was expected to arrive starting Monday, U.S. Customs and Border Protection said. A photo posted by the nonprofit National Butterfly Center shows an excavator parked next to its property.

According to designs it released in September , CBP intends to build 25 miles (40 kilometers) of concrete walls to the height of the existing flood-control levee in Hidalgo County next to the Rio Grande, the river that forms the U.S.-Mexico border in Texas. On top of the concrete walls, CBP will install 18-foot (5.5-meter) steel posts and clear a 150-foot (45-meter) enforcement zone in front.

Dem Rep. Makes It Clear – U.S. Must Pay ‘Reparations’ to People Who Cross the Border