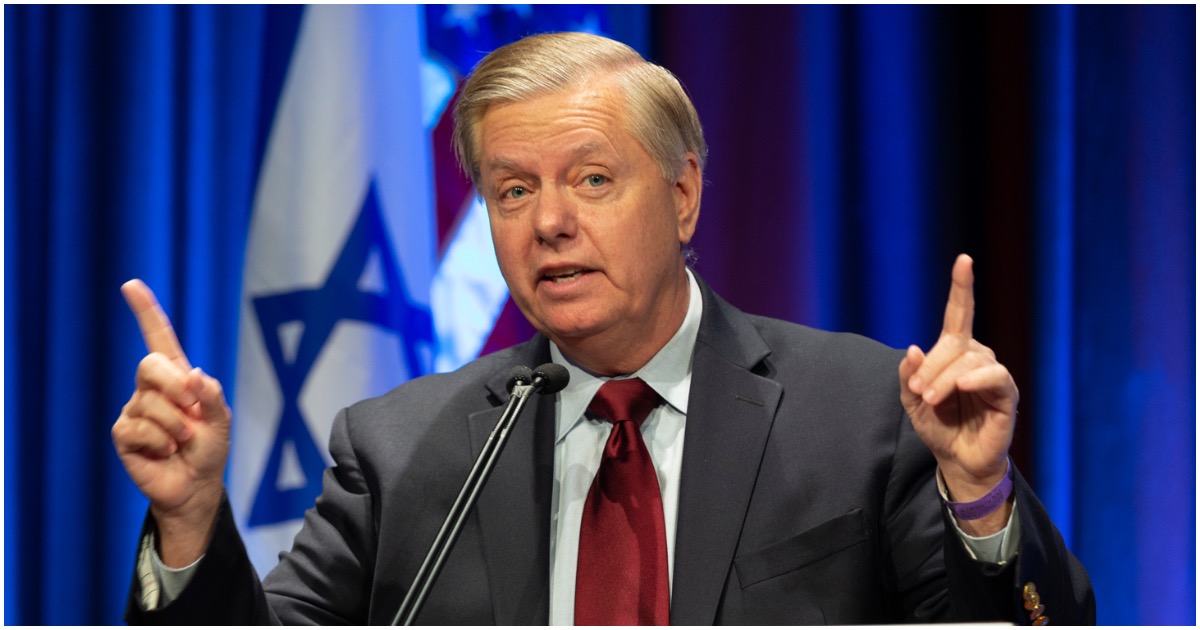 Democrats aren’t exactly thrilled with him at the moment but what else is new?

Check out his accurate thoughts about AOC, Omar, Tlaib, and Pressley – now known as “the squad”…

President Trump on Monday tweeted out a lengthy attack from Sen. Lindsey Graham (R-S.C.) in which the senator accused Rep. Alexandria Ocasio-Cortez (D-N.Y.) and other Democrats of being “anti-America.”

Trump shared Graham’s diatribe against Democrats as he doubled down on his attacks against progressive congresswomen in which he said they should “go back” to other countries instead of criticizing the U.S. government.

Graham said, “We all know that AOC [Ocasio-Cortez] and this crowd are a bunch of communists, they hate Israel, they hate our own country, they’re calling the guards along our border, the border patrol agents, concentration camp guards.”

He added, “They are anti-Semitic, they are anti-America, aim higher. We don’t need to know anything about them personally, talk about their policies. I think they are American citizens who are duly elected that are running on an agenda that is disgusting, that the American people will reject.”

….they are Anti-Semitic, they are Anti-America, we don’t need to know anything about them personally, talk about their policies. I think they are American citizens who are duly elected that are running on an agenda that is disgusting, that the American people will reject……

It’s important to note that the President’s words yday, telling four American Congresswomen of color “go back to your own country,” is hallmark language of white supremacists.

Trump feels comfortable leading the GOP into outright racism, and that should concern all Americans.

It’s important to note that the President’s words yday, telling four American Congresswomen of color “go back to your own country,” is hallmark language of white supremacists.

Trump feels comfortable leading the GOP into outright racism, and that should concern all Americans.

Hawaii Senator Mazie Hirono (D) acts like she’s not a fan of Trump but in reality, she’s probably his biggest fan.

After all, nobody would know who she was if Trump never became president.

Graham shut Hirono down during her line of questioning to Attorney General Bill Barr.

DEJA VU! Biden Has the Nerve to Say If You Like Your Health Care Plan, You Can Keep It