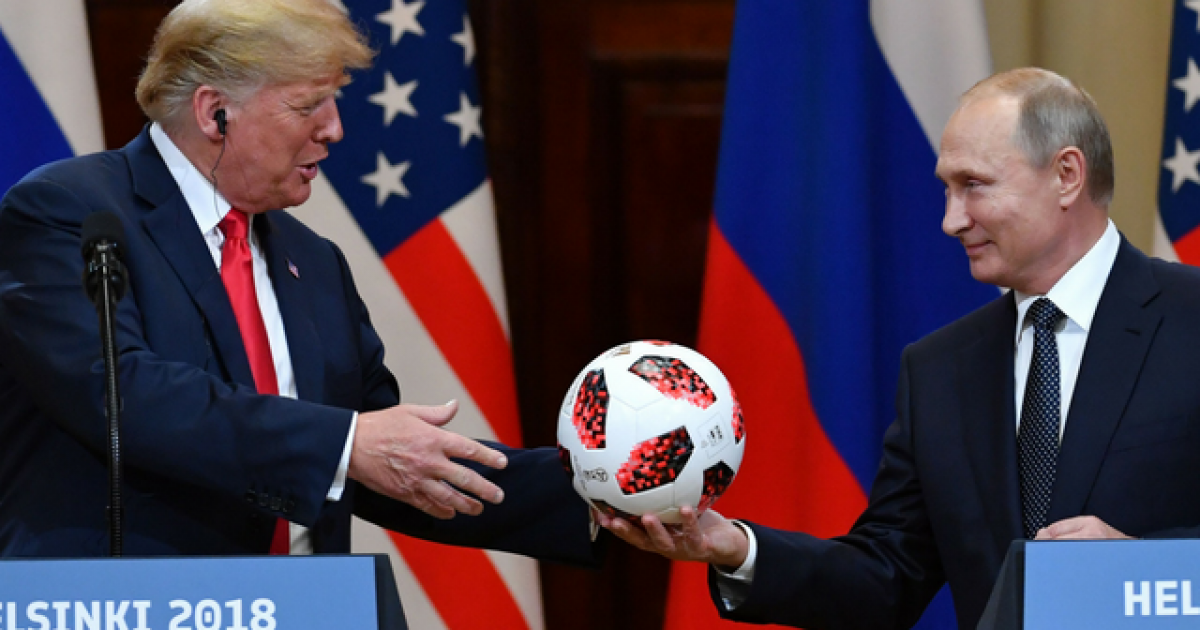 Lindsey Graham is probably just looking out for the nation’s best interest.

Or maybe he’s been watching a few too many James Bond movies.

On Twitter Monday, Graham expressed concern that a symbolic gift Putin presented to Trump at their highly-anticipated Helsinki meeting be scrutinized and “never allowed in the White House.”

The gift was an official soccer ball from the World Cup, which just wrapped up in Russia, who hosted this year.

Putin joked to Trump upon presenting him with the ball that “the ball is in your court,” a relatively lighthearted gesture considering their meeting have occurred on the heels of fresh DOJ indictments of Russian nationals for alledged campaign meddling as well as Trump’s comments to NATO nations last week that they were overly reliant on Russia for energy and the US for protection from Russia.

Graham, as he often does, joined slightly hysterical Democrats who expect Trump to whine to Putin about the ongoing drama of alleged Russian campaign meddling, which is really just a very thinly veiled way of telling Trump if he doesn’t wag his finger at Putin enough, it’s practically an admission that he’s Putin’s personal puppet in the US, which is pretty absurd considering the way Trump’s attitudes towards the Kremlin during his presidency thus far.

In a series of tweets lamenting that Trump failed to”hold Putin accountable” for campaign meddling during their meetings (what was he expecting, Trump would start WW3 from the podium?), Graham dropped his security tip:

Finally, if it were me, I’d check the soccer ball for listening devices and never allow it in the White House.

I’m pretty sure the Secret Service most likely has a protocol for such things, Lindsey, but it’s certainly worth mentioning, I suppose!

One thing can be said about Trump: right or wrong, he definitely doesn’t like to do whatever the Democrats and the mainstream media want him to do, and when it comes to diplomacy, right or wrong, he always goes against the grain.

But if his record so far is any indication, when he met with Putin, he knew what he was doing.

And clearly he wasn’t worried about bugged soccer balls…