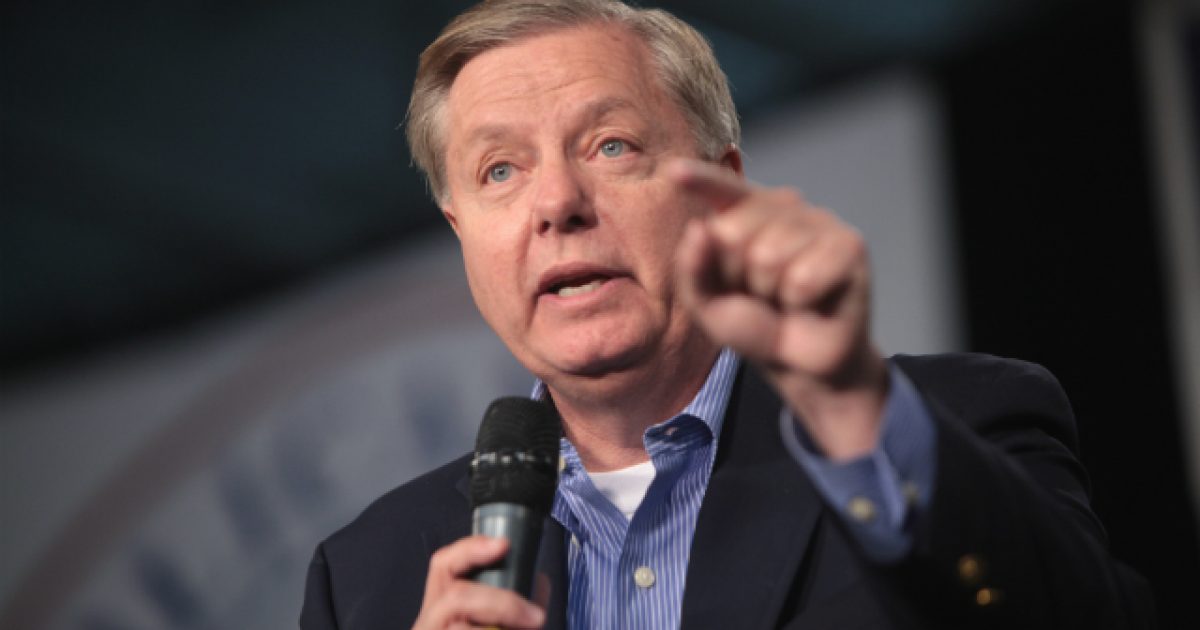 Sen. Lindsey Graham was well pleased with how President Trump responded to the attack on a US embassy in Iraq on Tuesday, issuing a thank you to him and going so far as to throw some shade — as the kids today might say — toward the former administration for their infamous Benghazi debacle.

Graham tweeted, “Very proud of [Trump] acting decisively in the face of threats to our embassy in Baghdad. He has put the world on notice — there will be no Benghazis on his watch.”

The South Carolina Republican went on to issue warnings to both the Iranian government and American allies in Iraq, telling the former to “choose your battles wisely” and the latter to “protect our American personnel.”

To the Iranian government:

Be careful what you wish for — a country that depends on the ability to refine oil for its existence needs to be cautious.

To our Iraqi allies:

This is your moment to convince the American people the US-Iraq relationship is meaningful to you and worth protecting.

Protect our American personnel. You will not regret it.

The hundreds of protesters, who shouted “death to America” as they stormed the compound, are enraged by a series of U.S. airstrikes over the weekend on facilities in Iraq and Syria that are controlled by an Iranian-backed militia.

Trump reacted to the incident by accusing Iran of provoking the embassy attack.

Trump tweeted out on Tuesday, “Iran killed an American contractor, wounding many. We strongly responded, and always will. Now Iran is orchestrating an attack on the U.S. Embassy in Iraq. They will be held fully responsible. In addition, we expect Iraq to use its forces to protect the Embassy, and so notified!”

Iran killed an American contractor, wounding many. We strongly responded, and always will. Now Iran is orchestrating an attack on the U.S. Embassy in Iraq. They will be held fully responsible. In addition, we expect Iraq to use its forces to protect the Embassy, and so notified!

Most folks still remember the 2012 terrorist attack that happened on September 11 involving the U.S. consulate in Benghazi, Lybia, which resulted in the deaths of four American citizens. The State Department, led by Hillary Clinton at the time, was heavily criticized for how they handled the whole affair, especially blaming the entire incident on anger over an Internet video.

ICYMI: Biden Told He’d Be Oldest President After First Term, He Says ‘What About Churchill?’