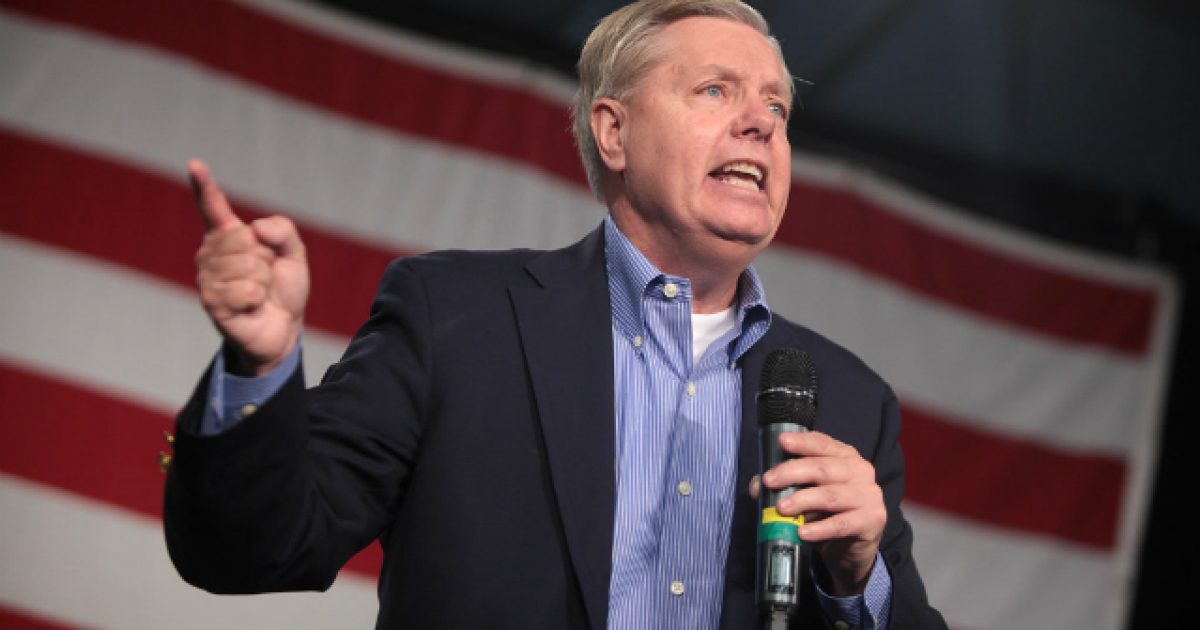 Sen. Lindsey Graham seems to be what many in the world of sports would call a “fair weather fan,” lending his support to President Trump when it seems to suit his political needs and might bolster his chances of winning re-election, but when something challenging comes up, he sings a different tune.

Apparently, Graham is now open to allowing witnesses to testify in the Senate impeachment trial after revelations that were reported to be in former national security adviser John Bolton’s new memoir.

“If there is a desire and decision by the Senate to call Democratic witnesses,” Graham said. “Then at a minimum the Senate should allow President @realDonaldTrump to call all relevant witnesses he has requested.”

If there is a desire and decision by the Senate to call Democratic witnesses, then at a minimum the Senate should allow President @realDonaldTrump to call all relevant witnesses he has requested.

Pressure on Senate Republicans to call witnesses to testify in the trial has increased after a manuscript of a new book from John Bolton, Trump’s former national security adviser, was released.

In his book, Bolton alleges that Trump directly tied the release of Ukrainian military aid to a request that the president of Ukraine investigate Democrats and an unproven theory that the country hacked a computer server in the United States.

Could this all have a negative impact on Trump during the impeachment trial? Possibly, though it doesn’t seem likely. As of now, it appears that the president will likely not face being removed from office after being impeached by the House for abuse of power and obstruction of Congress.