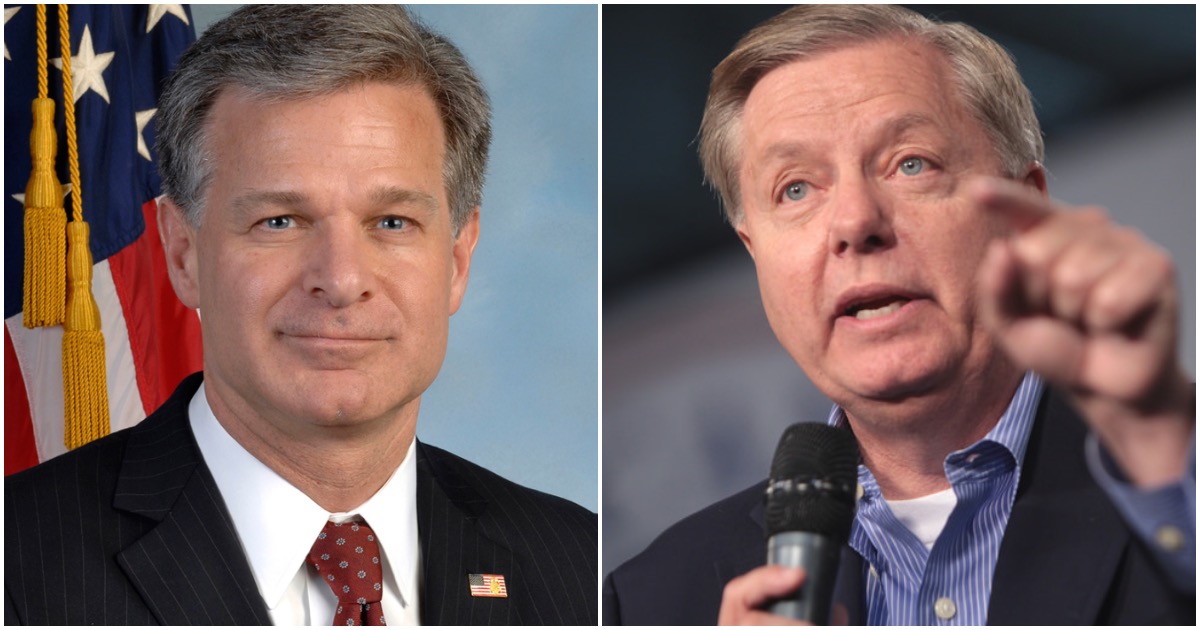 Senator Lindsey Graham is demanding answers from the FBI after Roger Stone’s arrest.

Like the rest of the nation, Graham wants to know what’s up.

Today I wrote to the FBI about the arrest of Roger Stone.

1) Why was it necessary to arrest Mr. Stone at his home in the early morning hours, rather than working through his attorneys to permit him to surrender voluntarily?

3) Were usual procedures for obtaining and executing arrest and search warrants followed with regard to Mr. Stone?

4) Did the Special Counsel's office issue a press release and release the indictment to the press prior to informing Mr. Stone’s attorneys of the arrest?

5) Did anyone at the FBI, DOJ, or the Special Counsel's office alert CNN, any other media outlet, or anyone outside of law enforcement that the arrest was going to occur on the morning of January 25, 2019?

Since his appointment, I have supported Special Counsel Mueller’s ability to conduct his investigation without interference.

Moreover, I have always been a strong admirer and supporter of the FBI.

However, while I firmly support law enforcement taking into account threats to officer safety, flight risk, and the need to ensure evidence is preserved…..

…..I am leery that a subject of the Special Counsel’s investigation, who had retained counsel, had publicly stated that he believed that he would at some point be indicted, and was apparently willing to surrender voluntarily, was arrested in a pre-dawn raid at his home.

Although I am sure these tactics would be standard procedure for the arrest of a violent offender, I have questions regarding their necessity in this case. 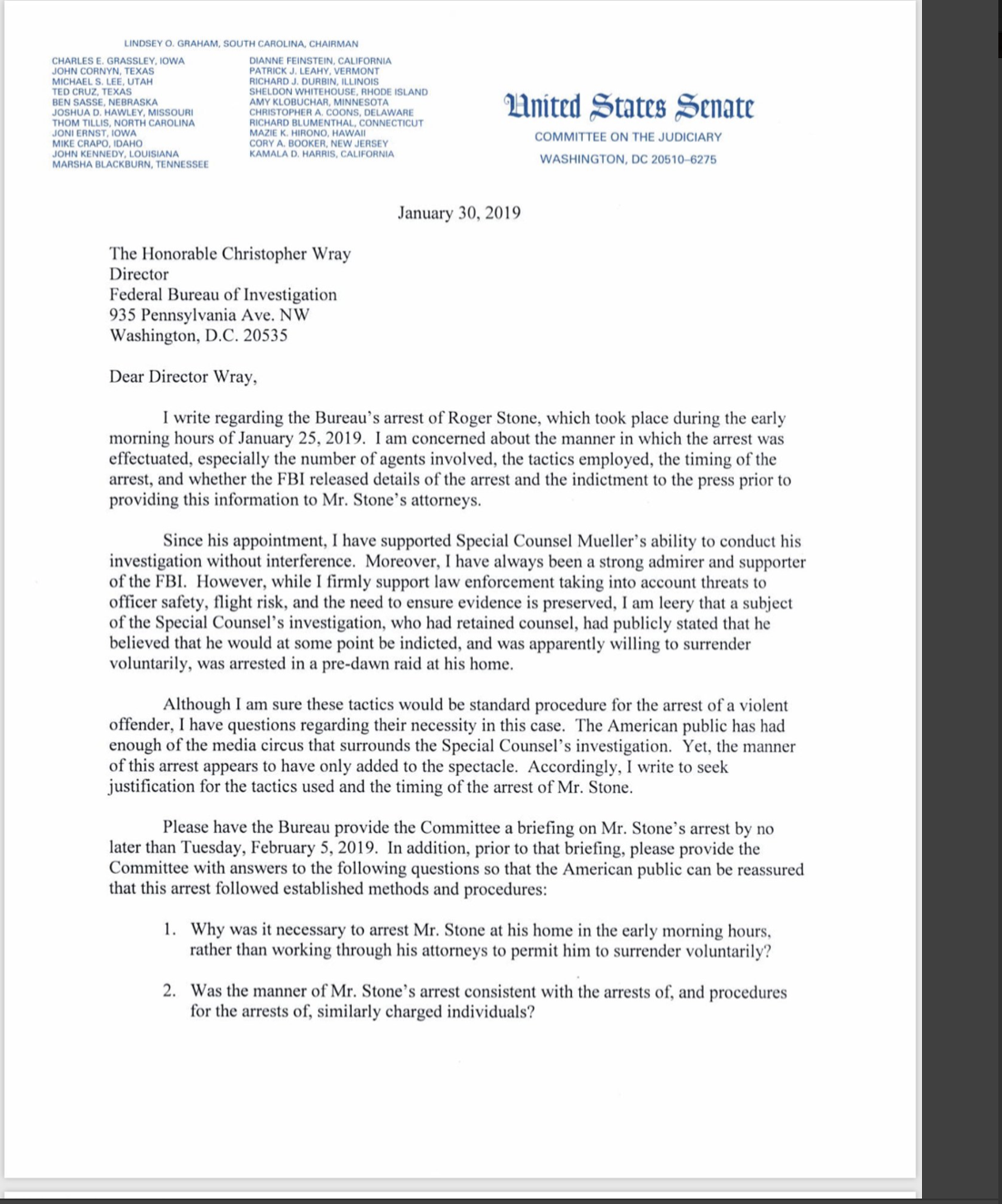 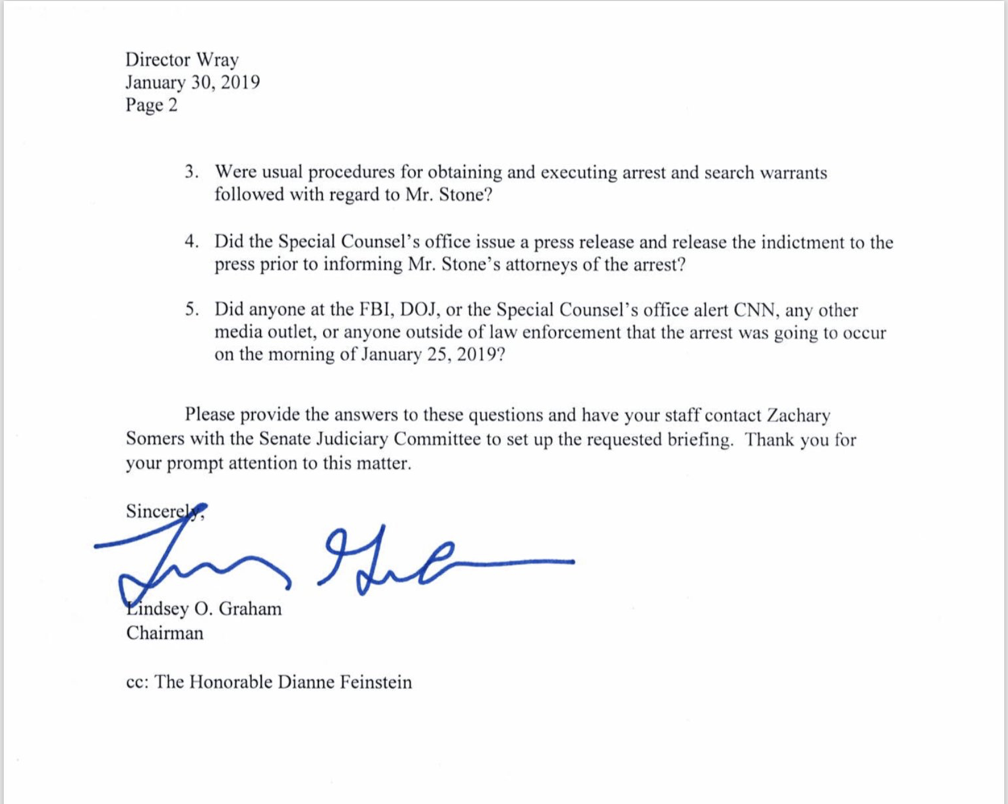 More on the Stone arrest, per Fox News:

Collins joins Sen. Lindsey Graham, R-S.C., in questioning the amount of force used in arresting the 66-year-old Stone at his home, given that he was not deemed a flight risk and had already publicly stated that he expected to be indicted.

“The bottom line is, this seems to me over the top, and I don’t know what message was being sent,” Graham told Fox News’ “Hannity” Wednesday night. “But I personally didn’t like it. You know, I’ve been a prosecutor, a defense attorney. It seemed to be sending the wrong message, that if you cross [Special Counsel Robert] Mueller, look what’s going to happen to you.

The pair got into a back-and-forth about the government shutdown, the State of the Union and some of the Democratic socialist ideas that Ocasio-Cortez has proposed.

The quarrel started after Graham issued a statement, saying that House Speaker Nancy Pelosi’s decision to uninvite President Donald Trump from giving his State of the Union address was a “new low for American politics.”

During a recent event, AOC said the world will end in 12 years if drastic action isn’t taken on climate change.

Speaking of the FBI, Fox News’ Tucker Carlson explains how the bureau opened an investigation in 2017 to learn if President Trump was “secretly a Russian agent.”