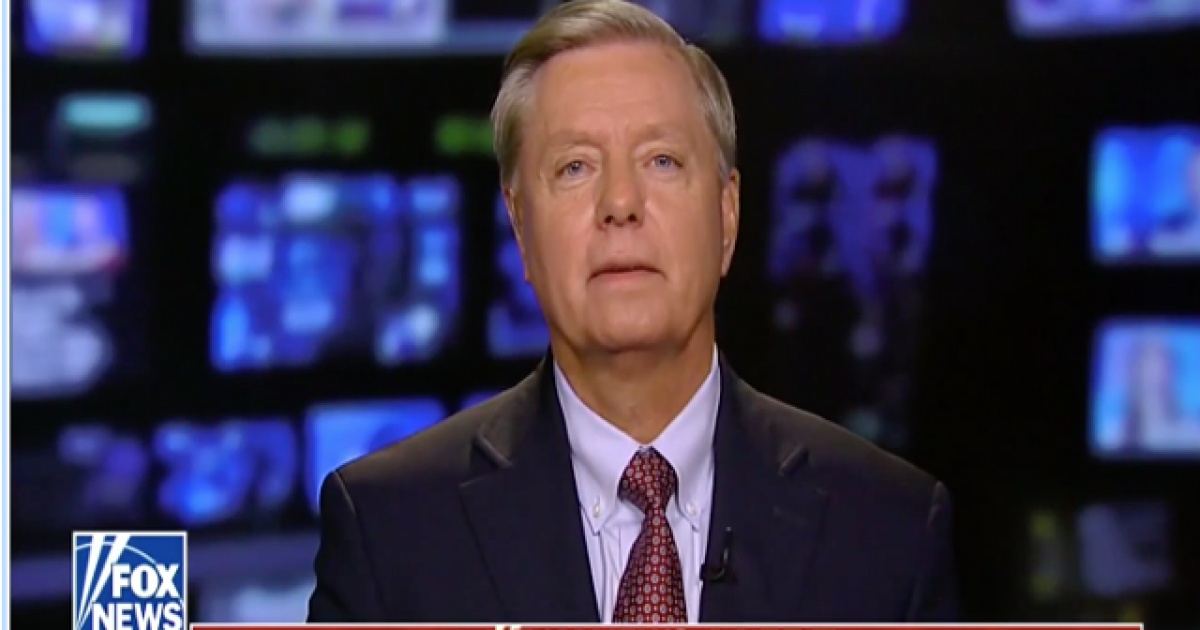 Republican Sen. Lindsey Graham made an appearance on Sean Hannity’s Fox News program Monday night, where he launched into an attack against Democrats for being willing to go after Trump by destroying his SCOTUS nominee Brett Kavanaugh.

You may not always agree with Graham on things, but he’s nailed this one.

“For them to complain about the process is like an arsonist complaining about a fire. The allegations against Judge Kavanaugh are collapsing. This has been the worst low point in the Senate for me and that is saying a lot,” Graham said.

“I never thought it would get this bad. We are going to have a hearing Thursday and have a vote soon thereafter. And I look forward to supporting this good man,” Graham added. “The takeaway for me, Sean, is that when it comes to Donald Trump, there are no boundaries, there are no rules. Whatever you need to do to destroy him or his agenda is okay.”

He continued, “Well, Democrats are willing to believe anything about a Trump nominee. They didn’t believe anything about President Clinton, who had a long history of this. Here’s what I can tell you – this man, Judge Kavanaugh, has been in very responsible jobs for well over twenty years. Not one woman has ever come forward to say he acted inappropriately in the workplace, that he used his power in an untoward way.”

Graham is absolutely spot on with his assessment about the double standard of the left concerning President Clinton. Where were all of these crusaders for women back when Billy Boy was getting “hands on” with the help?

Many women came forward and accused Clinton, yet all of them were written off by the left as opportunists. No one went to bat for them from the liberal movement. Why the change?

Truth be told, progressives still don’t actually care about what happens to women who make these allegations. To them, they’re political pawns sacrificed in order to deliver a devastating blow to their political opponents. This is not at all about justice. It’s about power.

Sadly, these victims still don’t get they’re being taken advantage of.