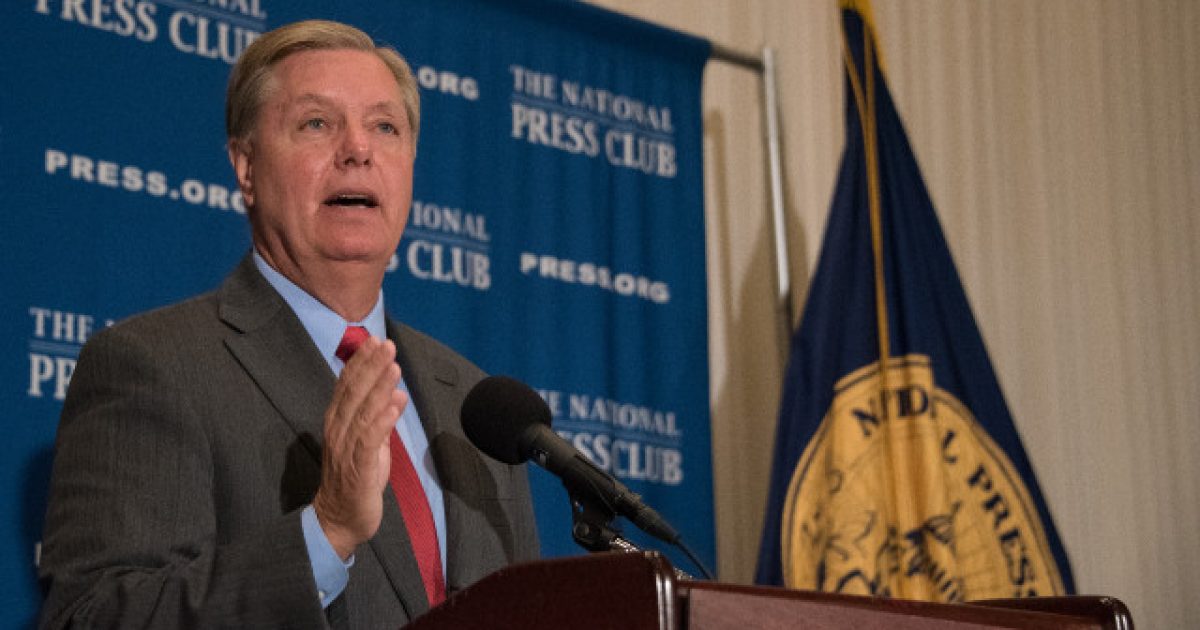 Senate Judiciary Committee Chairman Lindsey Graham revealed a letter he received from a Justice Department attorney who signed off on the surveillance warrant applications that sought out court authority to provide a wiretap on former Trump campaign adviser Carter Page.

In this particular letter, which Graham read out loud and officially entered into the record at a hearing held Wednesday morning with former FBI Director James Comey, the Office of Intelligence attorney stated that he or she wouldn’t have signed off on these warrant applications had they known about the issues that have now been uncovered by the Justice Department Inspector General Michael Horowitz.

Here’s more on this developing story via Washington Examiner:

“The OI attorney advises that had he/she been aware of the significant errors and omissions identified by the OIG and the errors in the Woods process, he/she would not have signed the filed Page FISA applications,” the letter from Assistant Attorney General Stephen Boyd to Graham obtained by the Washington Examiner states. “The OI attorney further advises that he/she is not aware of any additional errors or omissions in the Page FISA applications or in the Crossfire Hurricane investigation more generally that were not identified in the OIG Report.”

Graham then noted that two ex-DOJ officials who had also signed off on the Page surveillance, former Deputy Attorneys General Rod Rosenstein and Sally Yates, both testified to the panel that they would not have signed off on the Foreign Intelligence Surveillance Act warrants if they knew then what they know now. Four FISA applications and renewals against Page were approved by FBI and DOJ leadership and by the FISA court, including three approvals by Comey. Page has denied any wrongdoing and was never charged with a crime.

The hearing Wednesday is the latest in the judiciary panel’s inquiry into Crossfire Hurricane, the code name for the FBI’s counterintelligence investigation into the Trump campaign’s ties to Russia, which was later wrapped into former special counsel Robert Mueller’s Russia investigation.

Disgraced former FBI head James Comey later told Graham that he wouldn’t have signed off on the FISA warrant applications without a “much fuller” chat about what was going to be presented to the FISA court.

Well, folks, the corruption inside our government, the group of individuals working in the shadows to undermine our president, is being exposed more and more by the day.

Who knows what we’ll find out with the release of more information in the future? No matter how you look at it, our president has been a target since the beginning.

Mark Levin Weighs In On Debate, Says Biden Tried To Use ‘Same Stunts’ Used On Paul Ryan In 2012, But Trump Shut It Down