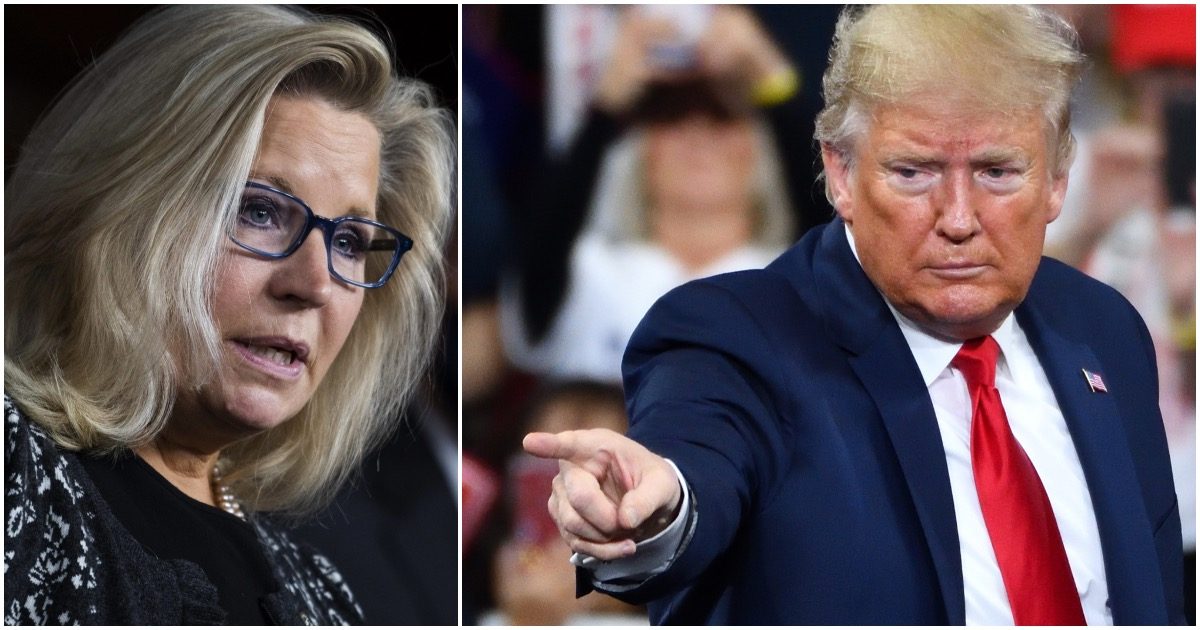 Play stupid games, win stupid prizes. The daughter of the former vice president of the United States just learned that the hard way. Sorry not sorry, Liz. You had this coming for siding with the Left.

Here’s what’s up, via The Washington Times:

The Republican Party Central Committee in Carbon County, Wyoming, has censured Rep. Liz Cheney for voting to impeach President Trump, as support for the one-time rising GOP star crumbles in her home state.

The censure resolution passed in a unanimous vote by the 45-member central committee. It included a demand that Ms. Cheney appear before the committee to explain her actions.

“Our representative did not represent our voice,” said Carbon County GOP Chairman Joey Correnti IV, who presented the resolution to the central committee at a Saturday meeting where the vote took place.

NEW: Liz Cheney: "I will vote to impeach the President." pic.twitter.com/F00GOWpbyw

Republicans have told me if Cheney signs on, she gives them cover to also come out in support.

We may see more R's coming out… pic.twitter.com/BDhoHTSDAf

The best way to motivate the Trump we like is the personal beef. This is how we get Trump active next primary cycle against GOP establishment. They make it personal here and now he goes to war with his base against them. Team GOP for impeachment is a gift from above.

Liz Cheney just became the front-runner for the 2024 nomination of whatever remains of the Republican Party. Brilliant move.

Sasse, Rubio, any of the other GOP Presidential hopefuls for 2024 missed the moment. Rubio's already on the record against impeachment, Sasse got left in Cheney's dust.

Wouldn't be surprised to see @RepLizCheney run for president in 2024.–>> https://t.co/6SRXVBqhjy

What makes these people think Cheney would earn a single vote from 75 million-plus Trump voters if she’s set to vote to impeach POTUS?