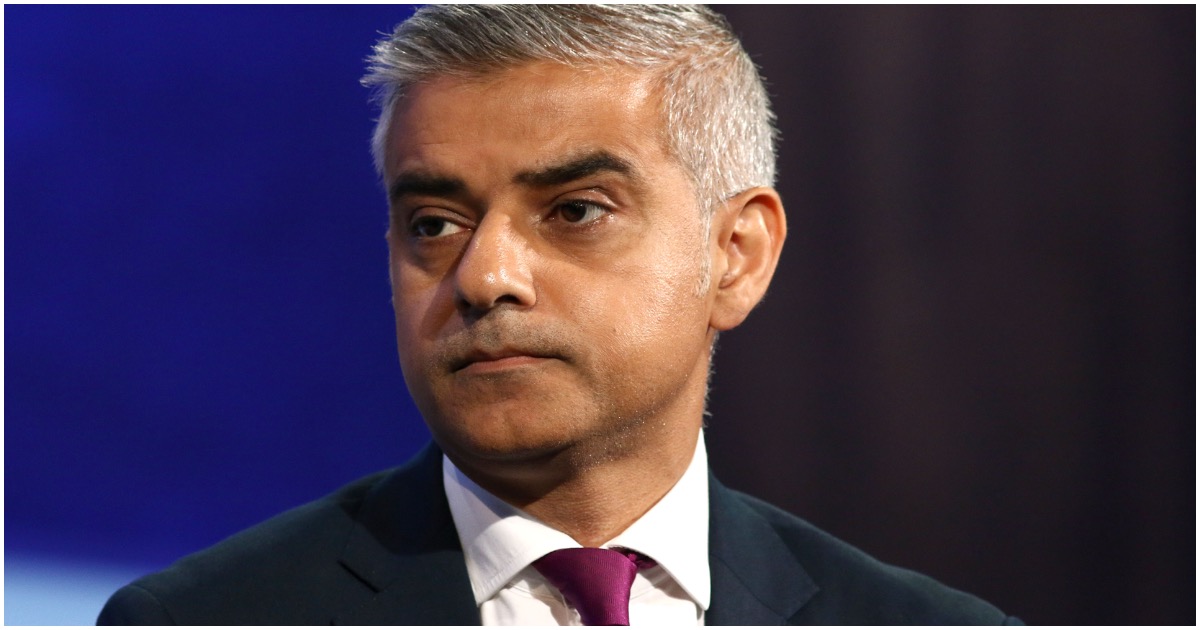 Of all the things to say about President Trump, why do liberals always go with the race card?

Is it because it’s easy to call someone a racist and they think they’ve won the conversation?

It’s also extremely lazy considering there has been zero evidence to suggest Trump is actually racist.

London Mayor Sadiq Khan on Saturday denounced President Trump as the “global poster-boy for white nationalism” in an essay that warns against forgetting the lessons of World War II.

Khan said, “An entire generation of brave men and women around the globe sacrificed everything to defeat the singular evil of Nazism and fascism.”

His essay goes on to highlight the role Britain and other nations played in winning the war and establishing peace in the ensuing years. But he writes that he fears the lessons of World War II “are genuinely at risk of being forgotten or, worse still, being rewritten.”

He notes that international bodies such as the European Union and NATO are facing “unprecedented attacks” and that “support for democracy is at a record low across the western world.”

He added, “This comes as a new wave of extremist far-right movements and political parties are winning power and influence at alarming speed – fuelled by Donald Trump, the global poster-boy for white nationalism. Politicians across Europe are following his example by seeking to exploit division to gain power.”

During 45’s visit to England, Khan blasted Trump as a “fascist” who poses a “global threat.”

And yet, Khan is cool with rabid anti-Semite Louis Farrakhan.

Khan noted, “President Donald Trump is just one of the most egregious examples of a growing global threat. The far right is on the rise around the world, threatening our hard-won rights and freedoms and the values that have defined our liberal, democratic societies for more than 70 years.”

He added, “Viktor Orbán in Hungary, Matteo Salvini in Italy, Marine Le Pen in France and Nigel Farage here in the UK are using the same divisive tropes of the fascists of the 20th century to garner support, but with new sinister methods to deliver their message. And they are gaining ground and winning power and influence in places that would have been unthinkable just a few years ago.”

Check out Khan on Farrakhan:

WATCH: Sadiq Khan says the UK will be on “the wrong side of history” for welcoming Trump and compares him to fascist dictators…

WATCH: Sadiq Khan says the UK will be on "the wrong side of history" for welcoming Trump and compares him to fascist dictators…

But he had no problem defending actual anti-semite Louis Farrakhan coming to the UK a few years ago… pic.twitter.com/0Tp1acy0pG

Trump Empties Both Barrels On ‘Apprentice’ Star Omarosa, & He Went Straight for the Jugular