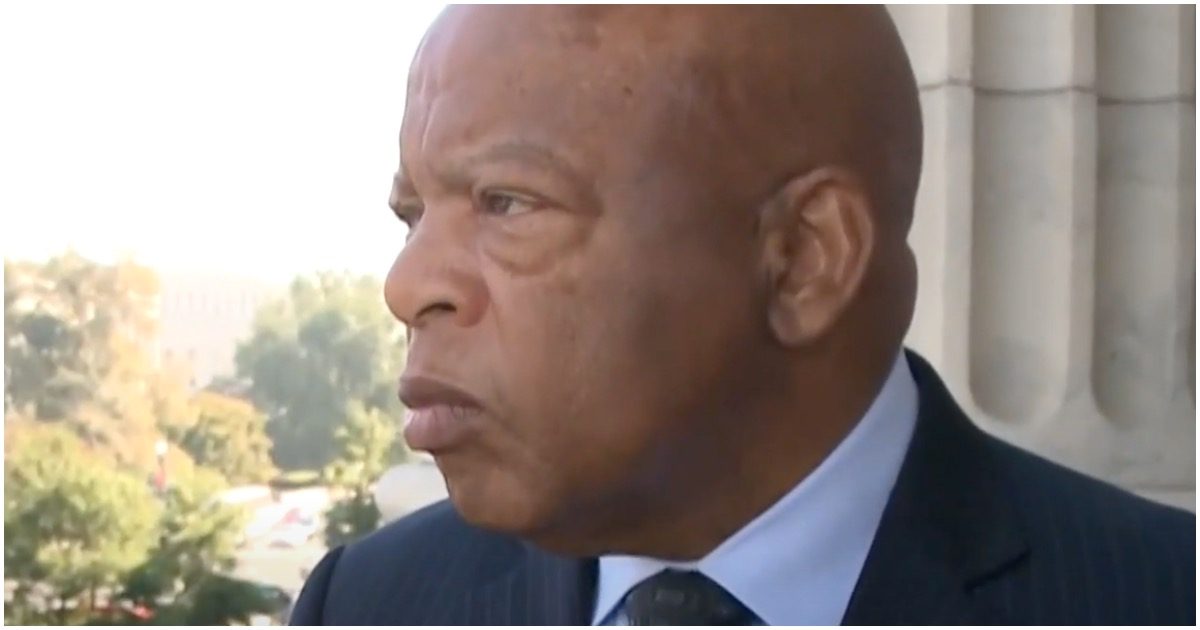 He represented Georgia’s 5th district in the House of Representatives since 1987. That’s 32 years. He was a civil rights leader and a well-respected member of the lower chamber.

On Friday evening, it was reported that Rep. John Lewis (GA) had passed away.

ATLANTA (AP) — John Lewis, a lion of the civil rights movement whose bloody beating by Alabama state troopers in 1965 helped galvanize opposition to racial segregation, and who went on to a long and celebrated career in Congress, died. He was 80.

As a boy, he wanted to be a minister, and practiced his oratory on the family chickens. Denied a library card because of the color of his skin, he became an avid reader, and could cite obscure historical dates and details even in his later years. He was a teenager when he first heard King preaching on the radio. They met when Lewis was seeking support to become the first Black student at Alabama’s segregated Troy State University.

He ultimately attended the American Baptist Theological Seminary and Fisk University in Nashville, Tennessee. He began organizing sit-in demonstrations at whites-only lunch counters and volunteering as a Freedom Rider, enduring beatings and arrests while traveling around the South to challenge segregation.

A scene from 2018, in which civil rights icon Rep. John Lewis danced along to Pharrell's "Happy" at a rally for Stacey Abrams in Decatur, Georgia.

The long-serving and beloved congressman has passed away at age 80. https://t.co/UOBUhuv7oT pic.twitter.com/QcVp35zHkG

John Lewis spent decades getting into good and necessary trouble and pushing us forward — he dedicated his life to civil rights and justice, from the Freedom Rides to the halls of Congress. We will honor his legacy by continuing the fight for equality and justice. Rest in power. pic.twitter.com/bKougQaaOa

THERE ARE HEROES among us who shy from the title, lead by example, dedicate their lives to justice, and challenge each of us to be better human beings.

We mourn the devastating loss of Congressman John Lewis. May his memory inspire others to action.@repjohnlewis pic.twitter.com/WScvGLAIeZ

I'm going to follow John Lewis' example and stir up some good trouble in this country.

Who is with me?

#JohnLewis isn’t lost to us. He moved along on the journey. What a life of service, what a great light transitioning into eternity. Weren’t we blessed to have him among us? pic.twitter.com/wnc5Fd5nH8