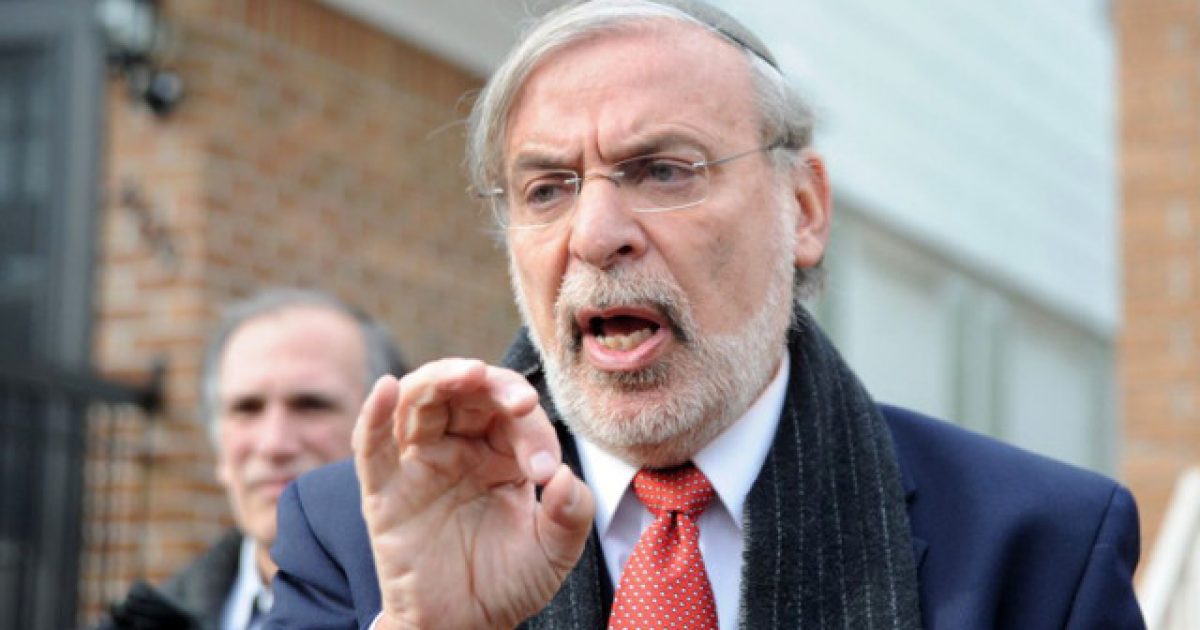 Dov Hikind, a New York state assemblyman, recently gave House Minority Leader Chuck Schumer the business after receiving a mailer from him asking for donations, stating that from now on, he would be supporting Republicans until the Democratic Party returns to “sanity and honesty.”

Hate to break it to this fellow, but he’s in for a really long wait. Might want to just permanently jump ship and swim for shore.

Hikind made his announcement on Thursday in a Facebook post, noting that Schumer’s mailer was “riddled with attacks on the ‘hard right’ but omitted vital information.”

“Senator Schumer, in your letter you promise to fight for Democratic values and go on at great length to fully villainize the current administration, but you left out certain facts that my fellow Democrats, to say nothing of all Americans, should also be aware of,” Hikind’s statement begins.

Hikind lists the following achievements by the Trump administration that have been good for America:

A strong economy, which economists project will grow even more.

Low unemployment rate and its record low among minorities.

Dismantling of the Iran nuclear deal
.
The administration’s opposition to harmful reverse-discrimination criteria that universities can use.

“You ask for a contribution, but the Democratic Party—which I am a lifelong member of—is currently betraying the ideals that our party once stood for: American values,” Hikind writes. “You yourself proposed that Representative Ellison head the party, but you must surely know that Ellison has stood with our nation’s leading hate monger Louis Farrakhan.”

Hikind continues: “Senator Schumer, as a fellow Democrat, I ask you to work to restore sanity and honesty to our party so I can feel good about supporting it fully. Until then, I’m afraid the Republicans have my support.”

It’s nice to see a Democrat who is actually somewhat fair and balanced in their approach to the Trump administration. Rather than openly condemning everything he accomplishes or just blindly accepting everything he does, it seems Hikind actually engages issues one at a time. That’s refreshing.

Let’s hope the left learns a lesson or two from Hikind and scale back the nuttiness that has come to define their party as of late.

Socialist Candidate Ocasio-Cortez Posts a Picture With Susan Sarandon and the Left Loses Their Minds. Here’s Why.