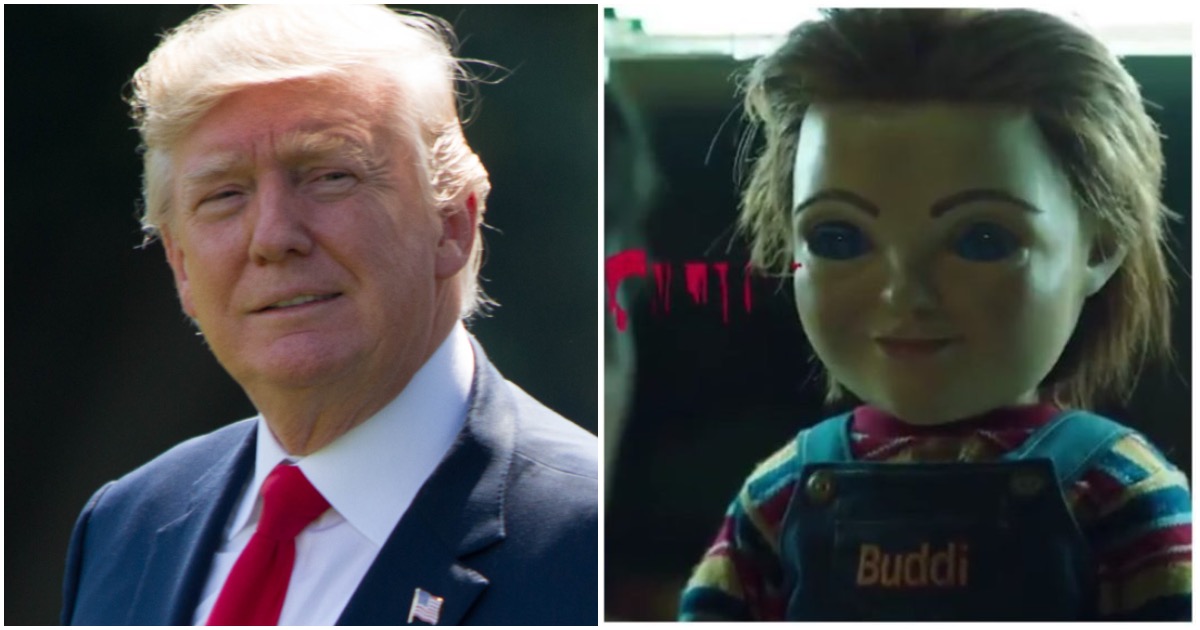 Hollywood took a swipe at President Trump in the new Child’s Play film.

Apparently, the serial killing doll is supposed to share features similar with those of the most powerful man on the planet.

She added, “I’m waiting for all of the think pieces to come out about this issue. I mean, what can I say? The thought crossed my mind a couple of times. Maybe I improvised some lines about it. Maybe they made it in the cut. Maybe they didn’t. We’ll see.”

Anti-Trump actor Mark Hamill is also in the film.

His thoughts: “That’s pretty accurate. Now he’s even creepier than he was before.”

Another star of the film, Brian Tyree Henry said, “[Chucky’s] incredibly creepy. And who’s creepier [than Trump]? You know what I’m saying?”

The horror event of the summer is almost here. From the producers of IT comes the reimagining of a horror icon. Child’s Play hits theaters nationwide this Friday, with advance showings Thursday night. Get tickets: https://t.co/J755qBwjQk ???? #ChildsPlayMovie pic.twitter.com/PTRBJyfj6d

Kim Kardashian was at the White House recently, praising POTUS for his work on criminal justice reform.

KARDASHIAN: “I want to thank the president for really standing behind this issue and seeing the passion he’s had for criminal justice.”

Initially seated between Jared Kushner and Ivanka Trump, Kardashian, 38, was met with applause after President Trump mentioned the reality star in his opening remarks.

“It really is such an honor to be here today,” Kardashian, who has been advocating for criminal justice reform issues, said when she took the podium. She called Trump’s support of the “Second Chance” program “magic,” and added that the initiative had partnered with rideshare organization Lyft to hand out gift cards for reformed criminals to get to and from job interviews.

Now that Sarah Sanders is leaving her post as press secretary, how about…

BOOM! Piers Morgan Let’s Every Liberal Know That President Trump WILL Be Re-Elected In 2020

ICYMI: Joe Biden Promises to Cure Cancer If He Is Elected President In 2020 (Watch)