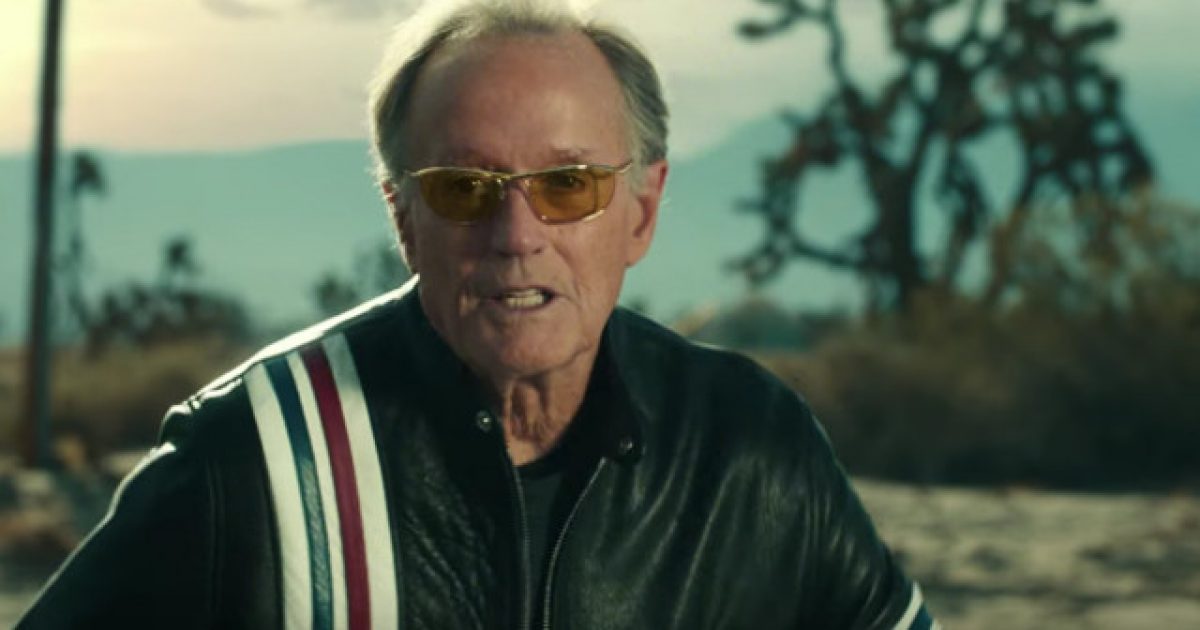 Actor Peter Fonda, the same fellow who not that long ago suggested “ripping Barron Trump from his mother” and placing him in a “cage with pedophiles” is once again making headlines. And once again, he’s proving himself to be amongst Hollywood’s most idiotic.

Fonda has suggested that if Democrats want to win elections, they need to be willing to get down, dirty, and straight up illegal in order to do so, implementing the left-wing agenda no matter what it costs.

Responding to a follower on Twitter who expressed concern that “only 21 percent” of millennials voted in the last election, Fonda wrote: “Then we have to take them by the hand and lead them to the water and teach them to drink! If you have a millennial in your family, take their early ballots, fill them out and mail them in, or take the ballot to the voting place and give it to the officials… no more worrying!”

Don’t look for the tweet — it’s been deleted. But not before a slew of people saw it and ripped Fonda.

Wow. Pete Fonda telling adults to take young adults ballots and fill it out for Democrats if they are not voting the way they want them to. https://t.co/8RLdgWqNYx

Did you just tell people to go and commit electoral fraud? ????

Because that's electoral fraud. You know. A felony. https://t.co/Q9yIHjWKpA

“WE SHOULD RIP BARRON TRUMP FROM HIS MOTHER’S ARMS AND PUT HIM IN A CAGE WITH PEDOPHILES AND SEE IF MOTHER WILL WILL STAND UP AGAINST THE GIANT A**HOLE SHE IS MARRIED TO. 90 MILLION PEOPLE IN THE STREETS ON THE SAME WEEKEND IN THE COUNTRY. F***,” he wrote on Twitter.

This Fonda fellow seems to be a few french fries short of a full happy meal. Perhaps his age is wearing down his brain cells or something?

Regardless, his call to commit voter fraud isn’t exactly out of line with liberal thinking. After all, isn’t this the real reason so many on the left try so desperately to pander to illegal immigrants?

Perhaps it’s time for Fonda to hang up social media and just go lie on a beach somewhere. Or maybe the problem is he’s already been in the sun too long and has fried his brain? Either way, time to give it a rest.

Man Threatens Violence Against House GOP. The Amount of Ammo Found in His Home is Mind-Blowing.