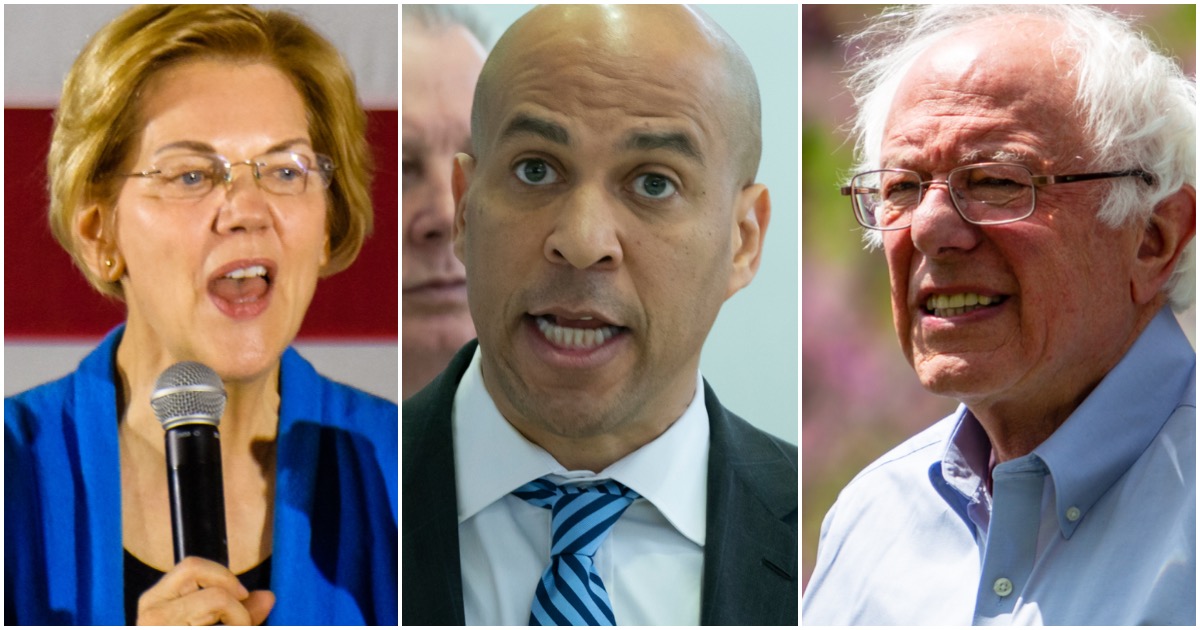 The person who introduced a slavery reparations bill in the Senate stands zero chance of winning the Democrat nomination for president in 2020.

Otherwise, New Jersey Senator Cory Booker has to know he’ll never get this piece of legislation through – maybe not even with a Democrat-controlled executive branch.

Sen. Cory Booker on Monday introduced a bill that would study the possibility of reparations for descendants of slaves, embracing a push that recently has caught the interest of fellow 2020 Democratic presidential candidates.

The senator from New Jersey said Monday that “this bill is a way of addressing head-on the persistence of racism, white supremacy, and implicit racial bias in our country. It will bring together the best minds to study the issue and propose solutions that will finally begin to right the economic scales of past harms and make sure we are a country where all dignity and humanity is affirmed.”

The measure is a Senate companion to a bill introduced in the House of Representatives in January by Rep. Sheila Jackson Lee of Texas, which if passed into law would set up a commission to study the impact of slavery and continued discrimination against black Americans and make recommendations on reparation proposals for the descendants of slaves. The legislation was first introduced 30 years ago by then-Rep. John Conyers of Michigan.

During a confirmation hearing for a judicial nominee, Booker applied a religious test. That, of course, would be unconstitutional.

Unfortunately for Cory, Sen. Ted Cruz was close by.

Sen. Ted Cruz (R-Texas) slammed Booker for his line of questioning, arguing that questions about what is sinful should be utterly off-limits in confirmation hearings. He cited the Constitution’s ban on a religious test for public office, and declared, “I don’t believe this is a theological court of inquisition.”

TOLD YOU! After NYC Raises Its Minimum Wage, Workers Are Losing Their Jobs (Details)

GET READY: Trump Poised to Nominate One of These Big Name Conservatives As New DHS Chief