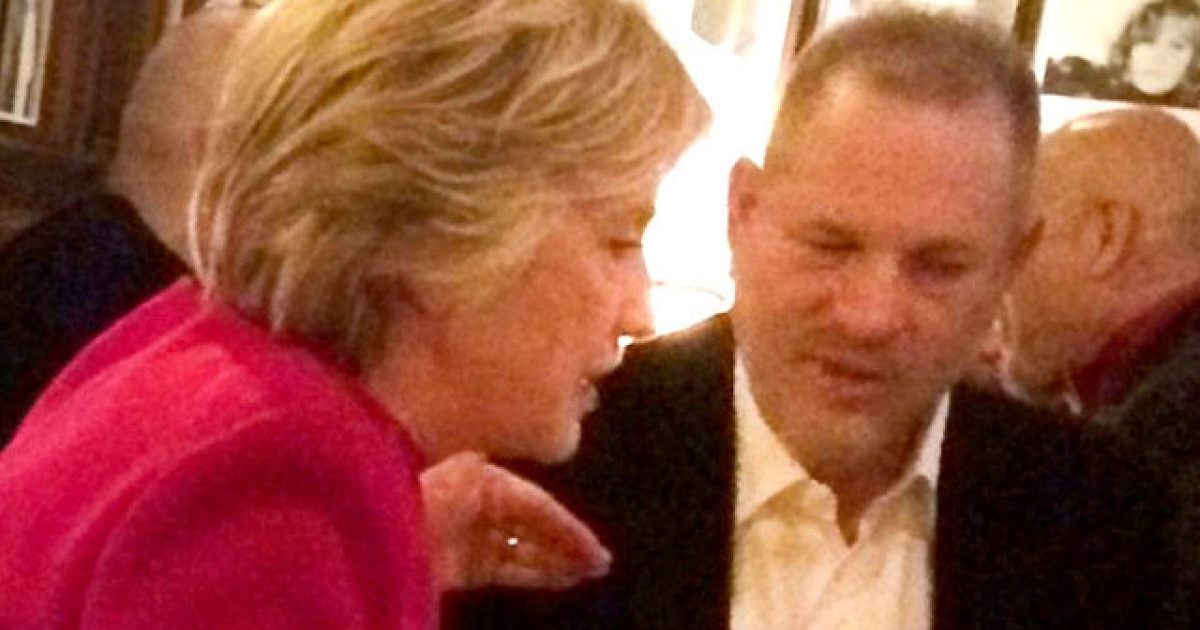 The Bible often warns folks through out it’s God breathed pages to be careful about the company a person keeps, meaning that the friends you surround yourself with speaks volumes about the kind of individual you are and about your character.

Unfortunately, it doesn’t seem former Democratic presidential candidate Hillary Clinton paid much attention to this truth, as a new snapshot making its rounds across the Internet reveals that she and her hubby Bill had dinner with disgraced film mogul Harvey Weinstein shortly after her major loss to Donald Trump.

President Clinton and Hillary Clinton reportedly ate at Rao’s in Harlem with Weinstein, his wife Georgina Chapman and lawyer David Boies 10 months before the Weinstein allegations surfaced, according to photos that were obtained and published by The Daily Mail.

Hillary and Weinstein were allegedly discussing a potential documentary detailing her loss to President Trump.

Prior to his legal trouble, Weinstein had been a consistent donor of the Clintons and the Democratic Party, having given over $250,000 to the Clinton Foundation and $10,000 to Bill’s legal fund.

Weinstein has faced accusations from more than 80 women including stars like Ashley Judd, Gwyneth Paltrow, Rose McGowan and others after the exposés last October in The New York Times and The New Yorker. Their stories sparked the social media #MeToo campaign.

Perhaps it’s really not all that strange seeing Weinstein with the Clintons. After all, former President Bill Clinton knows a thing or two about having an unwieldy sexual appetite, having been accused of sexual assault himself on multiple occasions.

Plus, of course, there’s the left’s deep connection to Hollywood which seems to serve as it’s propaganda arm, pumping out films that are influencing our culture toward progressivism with each release.

Regardless, this doesn’t look good on Clinton and further cements her reputation for being less than above board. And here you didn’t think anything else could damage Hillary’s credibility.

Maxine Waters Forced to Denounce Flag-Burning Outside Her Office. Here’s What She Said.

‘Daily Show’ Host Trevor Noah Under Fire For Derogatory Comments Made Five Years Ago. Here’s What He Said.