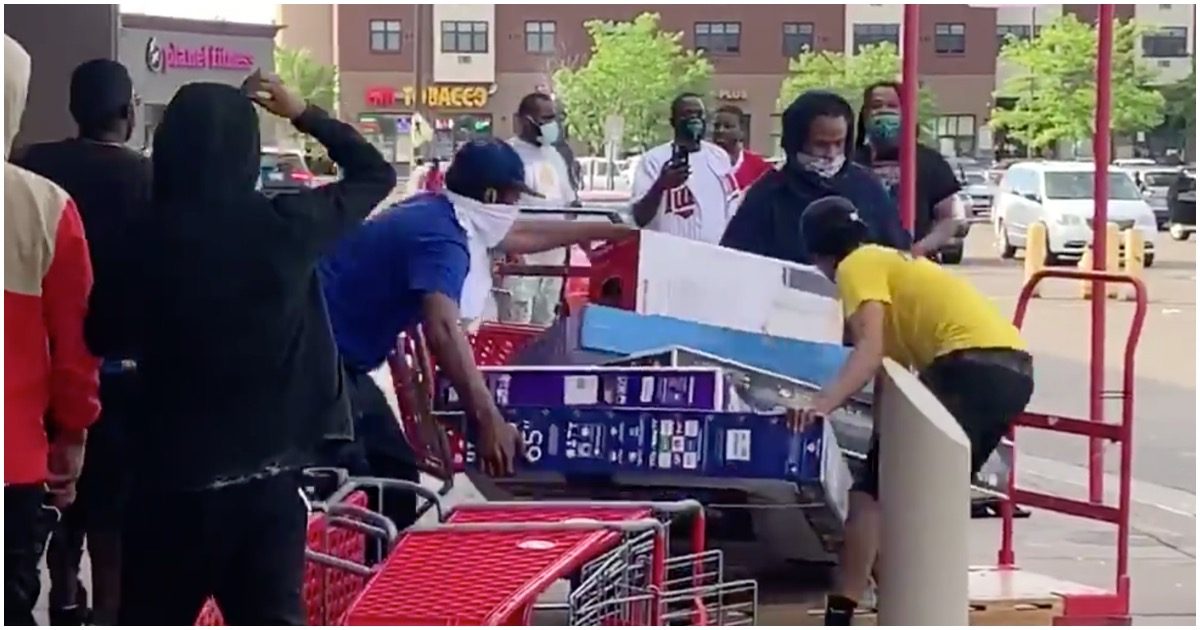 By now you have probably heard about the death of George Floyd, a black man whose neck remained under the knee of a Minnesota police officer until he went unconscious.

On Wednesday, a bunch of people apparently thought the best way to honor Floyd was to loot their local Target.

Why does this always seem to happen?

Protests grew increasingly tense in Minneapolis on Wednesday, and looting was reported, as outrage grew over George Floyd – whose death in police custody was recorded on video that went viral.

Video of the protest showed a line of police slowly backing away from a Minneapolis intersection as protesters continued to move forward, carrying signs and chanting “I can’t breathe.”

The 3rd precinct is being destroyed pic.twitter.com/ZuvhSJu8sW

Much of crowd calling for PEACE pic.twitter.com/OQ28gZKK3i

At my request, the FBI and the Department of Justice are already well into an investigation as to the very sad and tragic death in Minnesota of George Floyd….

….I have asked for this investigation to be expedited and greatly appreciate all of the work done by local law enforcement. My heart goes out to George’s family and friends. Justice will be served!