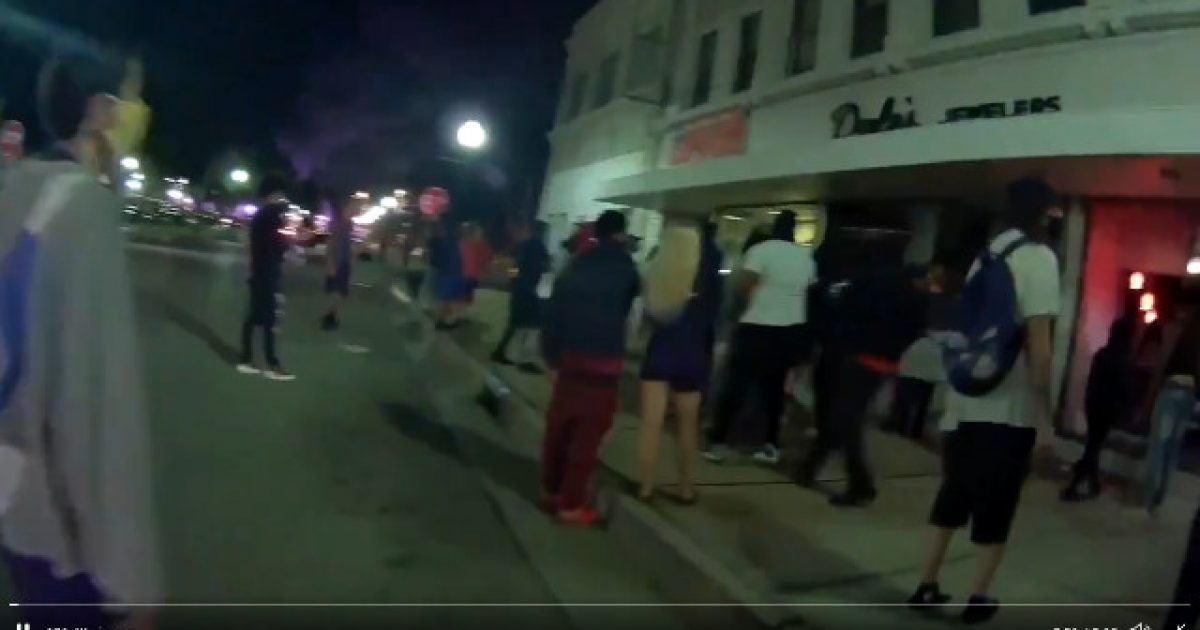 Violent riots and looting has once again erupted out on the streets of America, this time striking the heart of Kenosha, Wisconsin late Sunday evening after a black man was shot by police after responding to a call about a domestic incident.

Drew Hernandez, a journalist, identified the individuals carrying out the looting and rioting as members of Black Lives Matter, a group of individuals that has become notorious for their violent acts in the wake of the death of George Floyd at the hands of police officers earlier this year.

Hernandez posted videos up on Twitter of the violence and destruction of property for the world to see.

BLM rioters not holding back by vandalizing and looting local businesses here in Wisconsin pic.twitter.com/wzfWq9OlUU

BLM has begun vandalizing and looting in Wisconsin

The aftermath of BLM rioters vandalism of a public library here in #kenosha Wisconsin pic.twitter.com/CRNwoHAN23

Democratic Wisconsin Gov. Tony Evers immediately moved to criticize law enforcement officials late on Sunday night after Jacob Blake was shot on Sunday afternoon by police who were responding to a domestic incident. Evers’s criticism of the police came even as he stated that officials did not have all the details from the incident.

Tonight, Jacob Blake was shot in the back multiple times, in broad daylight, in Kenosha, Wisconsin. Kathy and I join his family, friends, and neighbors in hoping earnestly that he will not succumb to his injuries. While we do not have all of the details yet, what we know for certain is that he is not the first Black man or person to have been shot or injured or mercilessly killed at the hands of individuals in law enforcement in our state or our country.

And we stand against excessive use of force and immediate escalation when engaging with Black Wisconsinites. I have said all along that although we must offer our empathy, equally important is our action. In the coming days, we will demand just that of elected officials in our state who have failed to recognize the racism in our state and our country for far too long.

The video of the shooting has gone viral online. The footage appears to show that something went down while police were engaging with Blake as they all had their weapons drawn and aimed at him.

Heavy.Com, a fact finding website, is reporting there was a warrant out for Blake’s arrest at the time of the incident. The warrant was issued at the beginning of July for misdemeanor criminal trespass to a dwelling with domestic abuse as a modifier.

In other words, Blake is not an innocent victim. Seems like he might have actually been a fairly violent individual. Don’t write this off as some innocent black man being wrongfully hounded by cops. That isn’t the full story that you’re hearing from the mainstream media.

His skin color has nothing to do with anything. The fact he’s a lawbreaker with a rebellious streak is what matters.

At the end of the day, regardless of whether or not the shooting is justified, burning your city to the ground is not an acceptable response. That much we should all be able to agree upon.