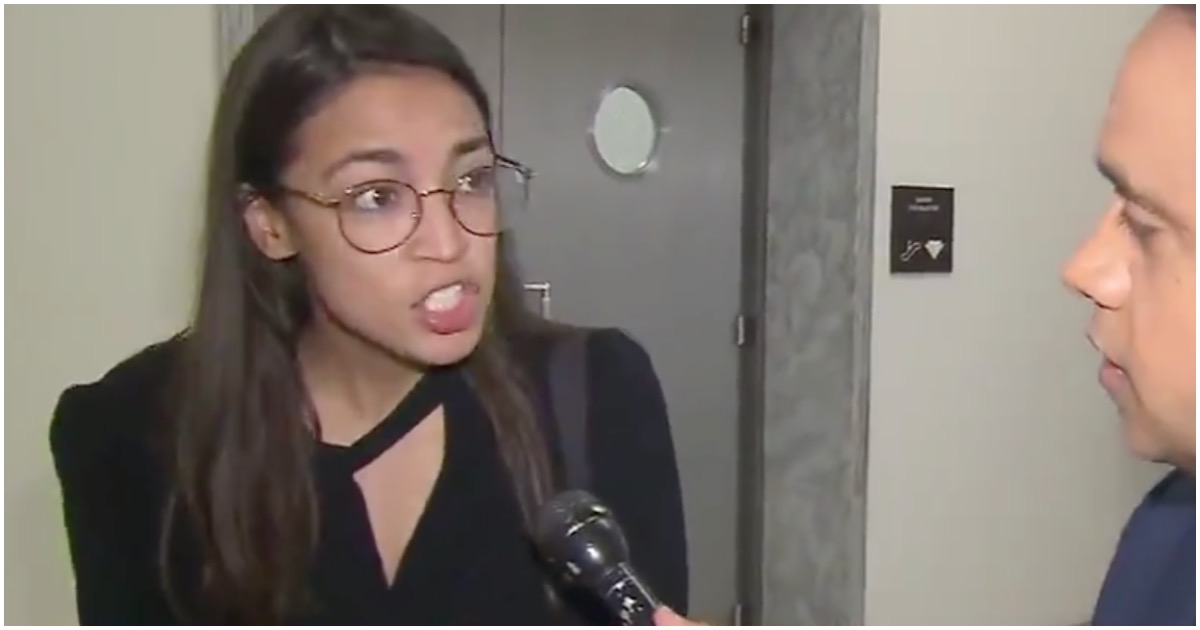 Speaker Nancy Pelosi (D-CA) is not fond of any liberal rookie lawmakers in Congress.

Her target for the past few months has been Democrat Socialist Alexandria Ocasio-Cortez (NY).

AOC has been blowing a gasket over Pelosi’s attacks. Now, she’s saying something even crazier than possibly ever before…

…if you can believe it.

Check out her latest blunder…

The 79-year-old House Speaker gave brief remarks to The American Road & Transportation Builders Association yesterday and during the roughly 14 minutes, seemed confused about what day it was, and to whom she was speaking.

Moments later, she said, “You know last week, we um— was it last? I’m losing track of the days of— last week was the um, celebration of the golden spike,” referring to the railroad that crossed the country.

PELOSI: “Did I say I was closing? I’m just going to say it again. I’ll close by saying this–”

PELOSI: “I congratulate you for this wonderful conference. I want to again commend um, the…I’m not going to say your initials, I want to say the whole word here. Uh, The American Road and Transportation Builders Association and the Association of General Contractors of America.”

PELOSI: “Can I say it that way? I’m confident that it will happen.”

REVEALING: Reporter Asks Dem Senator About USMCA, But She Has No Clue What It Even Is