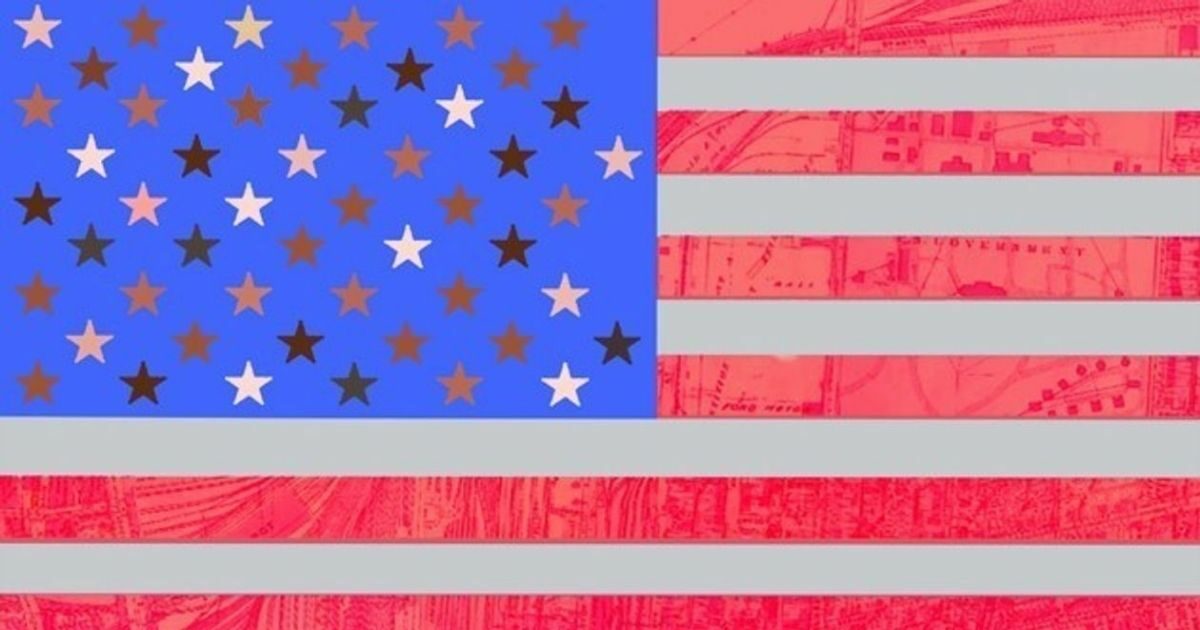 Singer Macy Gray equated the American flag with the banner of the Confederacy in an Op-Ed that trashed the current design of the flag.

“The Confederate battle flag, which was crafted as a symbol of opposition to the abolishment of slavery, is just recently tired. We don’t see it much anymore. However, on the 6th, when the stormers rained on the nation’s most precious hut, waving Old Glory – the memo was received: the American flag is its replacement,” Gray wrote in an Op-Ed for MarketWatch, referring to the presence of American flags during the Capitol incursion.

She said that Americans who support the flag, and the flag itself, need to be relegated to the scrap heap.

“President Biden, Madame Harris and members of Congress: the American flag has been hijacked as code for a specific belief. God bless those believers, they can have it. Like the Confederate, it is tattered, dated, divisive, and incorrect,” she wrote.

A new flag?! No thanks. Old Glory still waves as a symbol of liberty and justice for all.https://t.co/Rfrn5M3exz

There are 195 countries in the world.

194 of them don’t have the American flag.

If @MacyGraysLife or anyone else hates the American flag so badly, they should pick a flag they like & go live in the country that flies it! https://t.co/337AXRyTLS

If you don’t like the American flag, feel free to leave. https://t.co/i62saDBYaJ

.@MacyGraysLife had one hit song about 20 years ago and hasn’t done anything since.

Now she wants to come out from the dark and say that she hates our flag.

Your world would crumble if you weren’t in America. https://t.co/g5S8zaykDn

Gray claimed that racism is the only reason there are only 50 states.

“Let’s look to the stars. There are 50, where there should be 52. D.C. and Puerto Rico have been lobbying for statehood for decades. Both have been denied, since statehood would allow each territory’s elected officials seats in the house,” she wrote.

She said that denying Democrats a permanent majority is an act of racism.

“Assuming D.C. reps would be African-American and Puerto Rican reps would be Hispanic, the ultimate assumption is that these elected officials would be Democratic. That alone is racist,” she wrote.

Gray wrote that “The Smithsonian documents that the “white” stripes represent purity and innocence. America is great. It is beautiful. Pure, it ain’t. It is broken and in pieces.”

Gray then offered her vision of a flag, which managed to combine Democratic talking points like statehood for the District of Columbia and Puerto Rico with politically correct takes on the skin color of her fellow citizens.

“What if the stripes were OFF-white? What if there were 52 stars to include D.C. and Puerto Rico? What if the stars were the colors of ALL of us — your skin tone and mine — like the melanin scale? The blue square represents vigilance and perseverance; and the red stripes stand for valor. America is all of those things. So, what if those elements on the flag remained? What if the flag looked like this?” she wrote.

Gray concluded that “it’s time for a reset, a transformation. One that represents all states and all of us.”

Invasive 'Alabama Jumpers' Can Reproduce Without a Mate, Lay 20 Worm Cocoons Each Month