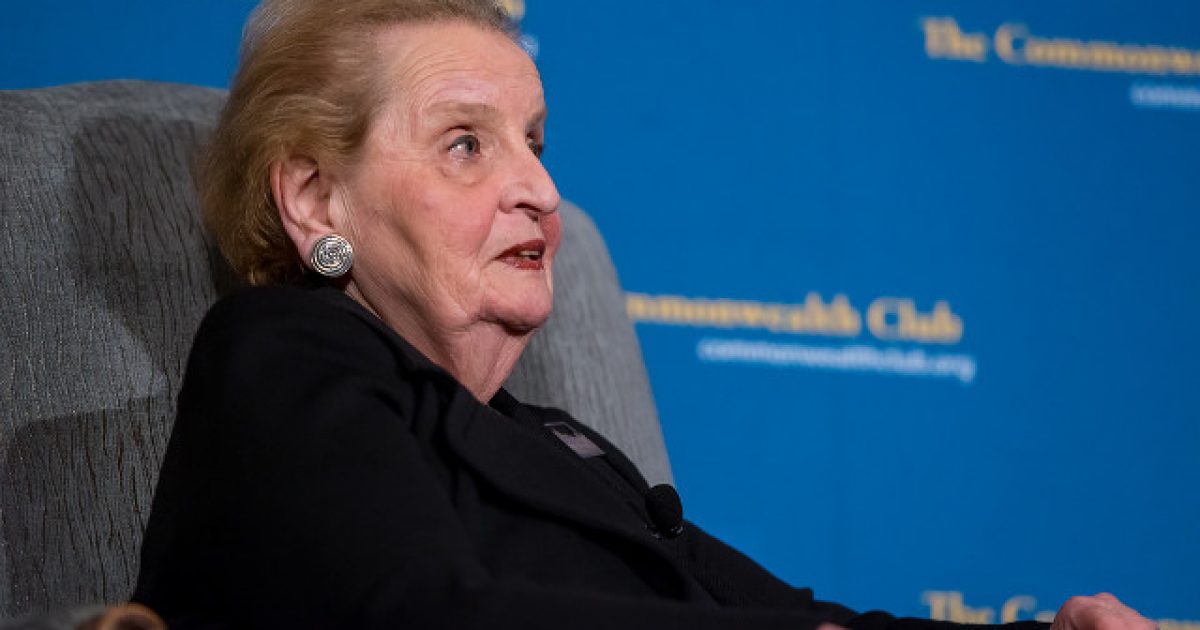 Madeline Albright, former Secretary of State during the Clinton era, criticized the United States for their efforts to secure the border, stating that President Trump is making it “very hard for America to tell Europeans to be more humane.”

Strange. Was anyone else aware that Europeans weren’t being humane and that we are supposed to be doing something about their lack of decency? Not sure exactly what she’s getting at here.

The gist of the message seems to be that she wants us to have open borders so that we can demand all European nations do the same, which is weird and nonsensical to say the least.

Promoting her new book entitled Fascism: A Warning on the Andrew Marr Show, the former U.S. Secretary of State said she has been “very troubled” by the Trump administration’s moves to end the ‘catch and release’ of illegals into American communities while they await immigration hearings.

America’s former ambassador told the BBC that detentions at the U.S. border “remind one of things that happen in fascist countries”, adding that “there’s plenty of room for people in the United States and there are a lot of companies now saying that we need them”.

When people ask her opinion “about what’s happening to Europe on the same issue”, Albright said she thinks the President’s “offensive” crackdown on illegal immigration “makes it very hard for America to tell Europeans what to do if we can’t figure out how to be more humane ourselves”.

Asked on the BBC whether the ‘fascism’ of her book title describes Trump, she denied it but said: “I do think he’s the most undemocratic President in modern American history and that troubles me.”

Marr pointed out: “There is another way of looking at this which is that you have an idiosyncratic, outspoken, very popular President, a well-tried, long-tested democratic system which is robust, and an opposition which simply doesn’t get it.”

This is certainly one of the most absurd things to come out of Albright’s mouth in a long list of other absurdities. It’s clear this woman has no idea what real fascism is and is using the term as a buzzword to drum up some book sales to make her life in retirement a bit more comfortable.

Perhaps it’s time to just walk off the public stage and leave the current hot button debates to other folk at this point in time?

Trump Continues to Narrow Down List of Supreme Court Candidates