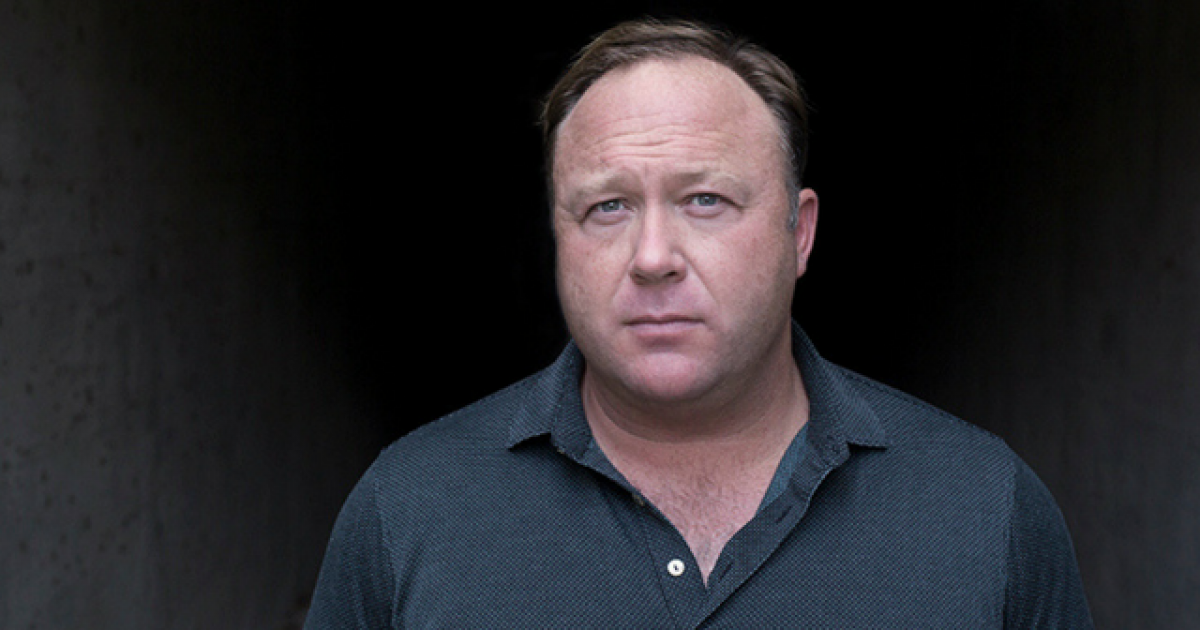 Regardless of your opinion of Alex “They’re Turning the Frogs Gay” Jones, if you believe in free speech, you should be concerned about the attacks against him.

Last week, we learned that Apple, Facebook, and Spotify launched what almost seemed to be a coordinated effort to shut down the reach of his website, InfoWars, and his daily radio show.

This was due to incredibly vague and problematic accusations of “hate speech,” a blanket statement the enemies of free speech use to apply to essentially anything that goes against the mainstream narrative.

It is one thing for social media outlets to censor the conspiracy theorist based on their own biased “community standards”, but it is definitely bizarre how quickly the mainstream media, who would no doubt the first to dismiss Jones’ brand of journalism as “fake news”, completely fabricated a story about him this week.

AUSTIN, Texas — The Federal Communications Commission has shut down a pirate radio station that served as the flagship outlet for conservative conspiracy theorist Alex Jones.

The Austin American-Statesman reports the FCC also has fined the station’s operators $15,000 — a fine the FCC says in a lawsuit the operators are refusing to pay.

The lawsuit filed in federal court in Austin alleges Liberty Radio operated on a channel without a license since at least 2013. The lawsuit names as defendants Walter Olenick and M. Rae Nadler-Olenick.

Several other outlets reported this story as such.

There isn’t a shred of evidence offered as to how, exactly, this station was affiliated with Alex Jones.

Jones clarified on his website this week that the story is blatantly false.

As a content provider, Alex Jones and Infowars is not affiliated in any official capacity with the radio station recently shut down by the FCC, and it doesn’t appear that any journalists who inaccurately reported this e-mailed us for comment prior to running this false story.

Jones woke up Thursday morning to the “news” that he supposedly owns a “pirate” radio station in Austin, Texas, which is, of course, patently false.

We do not operate any radio or TV stations anywhere in the country.

Claims that we are running an illegal radio station in Austin, Texas, are a complete and total hoax by mainstream, corporate media to imply to the world that our broadcast is somehow illegal.

We legally and lawfully transmit our broadcast like every other TV and radio show in the world to affiliates that have licenses on cable TV, broadcast TV and AM/FM radio.

They also shared this statement of clarification from the FCC chairman himself:

So where did this idea that the station shut down by the FCC for operating without a license was Jones’ “flagship station?” Why would journalists, who have spent so much time over the last two years trying to convince us of their honor and respectability, fail to do their due diligence and simply ask Jones if he was indeed affiliated with the station?

You may consider Jones’ material to be “fake news”, but you can’t deny that the mainstream media just did exactly what they take for granted that he does each and every day: create blatantly biased propaganda for the sake of sensationalism and pandering to their audience.

Only the amount of influence they have is much, much bigger than Jones…and they try to convince us every day they’re unbiased.

Graham Makes Demand For More Action to be Taken Over Clinton Emails. Here’s What He’s Suggesting.