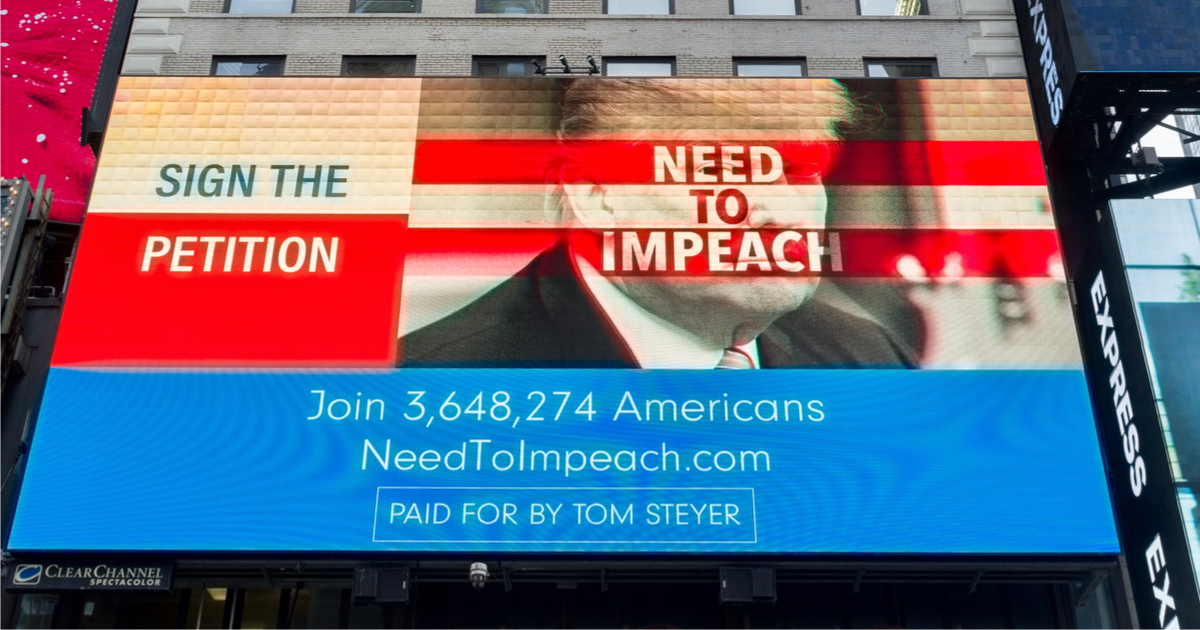 There is no doubt about it; the mainstream media is simply out to get the President, one way or another.

Perhaps they are simply flummoxed that Hillary Clinton was the miserable choice made by the democrats in 2016, or perhaps they are buying into the Steel Dossier and the rest of the #RussiaGate garbage.

Whatever the case may be, there is no doubt that the left is ready for the Trump era to be over.  (Well, expect Saturday Night Live, who have staked their future on Alec Baldwin’s portrayal of the President).

So it should come as no surprise that an editorial over at MSN.com has declared President Trump’s impeachment as “inevitable” and “inescapable”.

An impeachment process against President Trump now seems inescapable. Unless the president resigns, the pressure by the public on the Democratic leaders to begin an impeachment process next year will only increase. Too many people think in terms of stasis: How things are is how they will remain. They don’t take into account that opinion moves with events.

The author even went so far as to suggest that the impeachment of Bill Clinton was baseless.

The word “impeachment” has been thrown around with abandon. The frivolous impeachment of President Bill Clinton helped to define it as a form of political revenge. But it is far more important and serious than that: It has a critical role in the functioning of our democracy.

Meanwhile, back on planet earth, the President’s approval rating is still soaring at a level rivaling that of liberal darling Barack Obama at a similar time during his reign.

Furthermore, Obama wasn’t the subject of a special counsel investigation into any Russian conspiracy theories either.