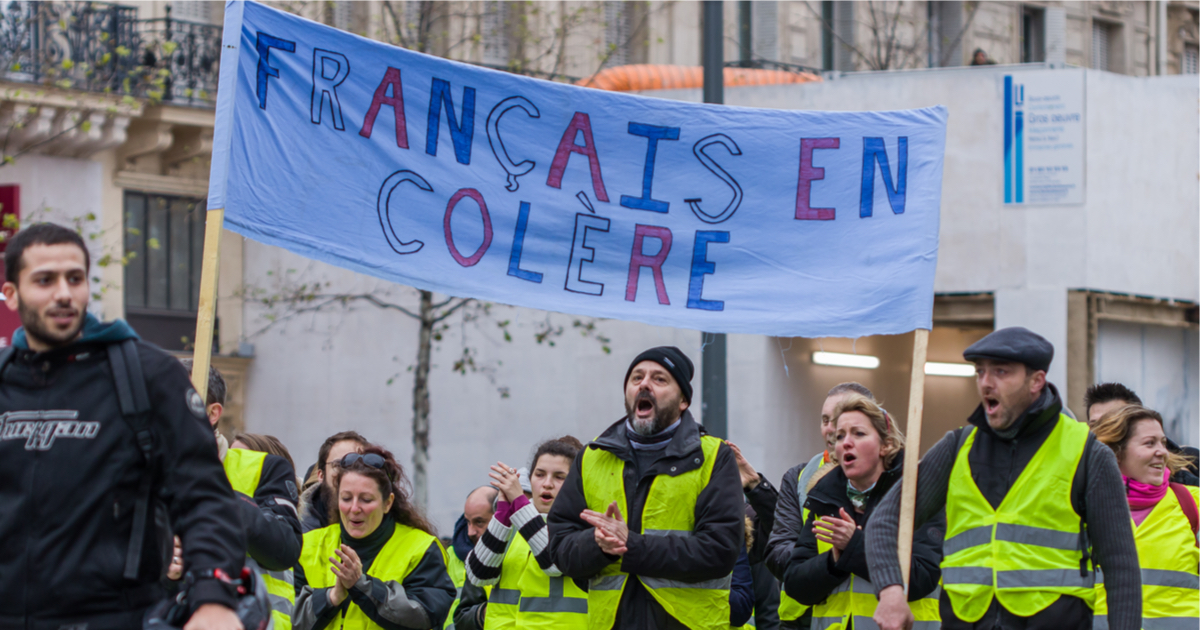 With the world seemingly constantly in peril, thanks to the entertaining nature of the media, there is little wonder as to why we see nonstop coverage of riots, protests, and other violent political acts.

So, why is it that, here in the United States, we are seeing almost no coverage of the so-called Yellow Vest protests sweeping France, initially, and now Europe as a whole?

The Yellow Vest movement has been ongoing for some time, and has been repeatedly linked to a carbon tax originally proposed by French President Emmanuel Macron before being rescinded.  Now, the protesters have evolved, along with their message, and it’s now resonating around the world.

Now, with these sentiments spreading across the continent, the mainstream media is doing their damnedest to quash the uprising.

First, Italian officials got in on the action:

“I support honest citizens protesting against a president who governs against his people,” Salvini said in a statement, while “firmly” condemning recent protest violence.

Now, Irish citizens are indicating that they, too, are sick and tired of the elitist banking cartels, government ruling class taxers, and other forms of financial warfare.

A mass uprising against the Irish government would be joined by more than half of young people in the country, a survey has indicated.

Fifty four per cent of 18 – 34-year-olds said they would take part in a “large scale uprising against the generation in power if it happened in the next days or months”.

The survey polled nearly 20,000 people in Ireland as part of the European Broadcasting Union’s Generation What? research.

And that article was from a year ago.  Imagine their feelings today, seeing the French people fighting back, literally, against the tyranny of unkempt taxation and financial manipulation.

All the while, the American media is silent, hoping not to upset the apple cart from which they feed.

We mustn’t forget that those who benefit most from the manipulation of our government are monetarily tied to those who fund the advertising that keep the “news” on television.  Without these major corporations and their advertising budgets, CNN and others wouldn’t exist at all.  These corporations rely on the bankers and government officials to keep their pockets padded, so why would they wish to allow the spread of this Yellow Vest revolution?

Hand Of God? Here’s What’s Happening At The National Mall On The EVE Of ACB Vote
October 22nd, 2020 Clash Daily