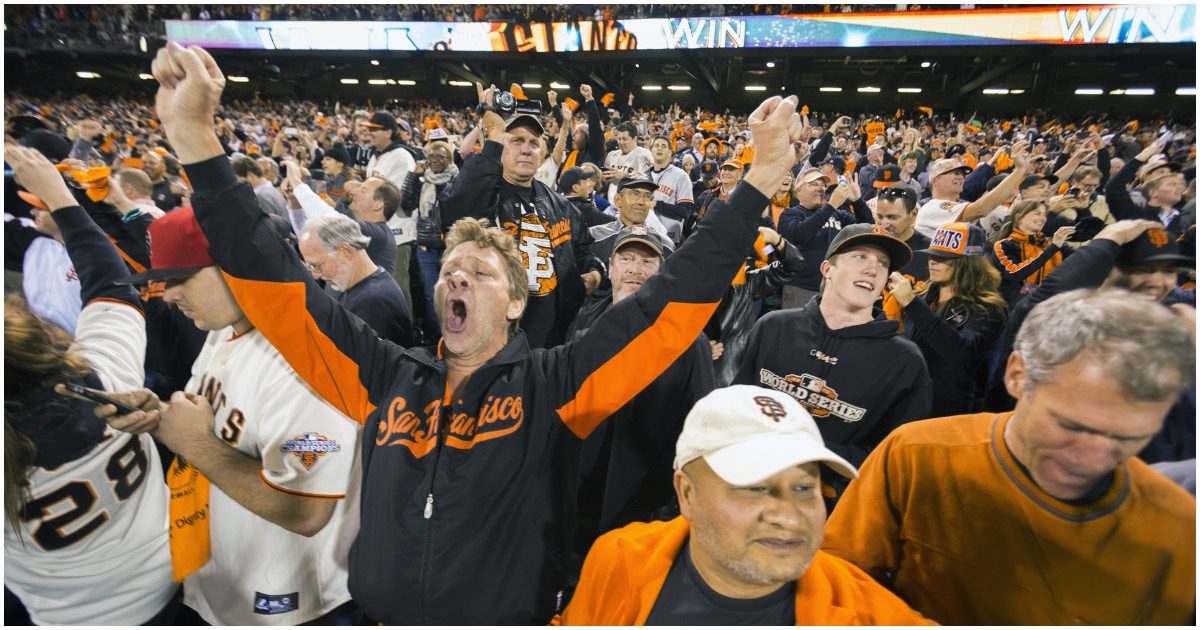 Like former all-star pitcher Curt Schilling, Major League Baseball hasn’t been kind to Aubrey Huff in retirement due to his support of President Trump and overall conservative views. While the majority of players from the 2010 World Series champion San Francisco Giants will reunite to commemorate their title over the Texas Rangers, Huff was definitively told by the team that he would not be invited to the ceremony.

On Monday, The Athletic reported that MLB star Aubrey Huff was barred from the upcoming 2010 World Series Championship reunion over his past tweets, which includes a photo of Huff at a gun range with his sons and a tweet joking about Iranian women.

“Earlier this month, we reached out to Aubrey Huff to let him know that he will not be included in the upcoming 2010 World Series Championship reunion,” the San Francisco Giants announced in a statement.

“Aubrey has made multiple comments on social media that are unacceptable and run counter to the values of our organization. While we appreciate the many contributions that Aubrey made to the 2010 championship season, we stand by our decision,” San Fransisco added.

Huff exclaimed, “If it wasn’t for me, they wouldn’t be having a reunion. But if they want to stick with their politically correct, progressive bullsh**, that’s fine.”

My response to @SFGiants

Here it is, blown up… 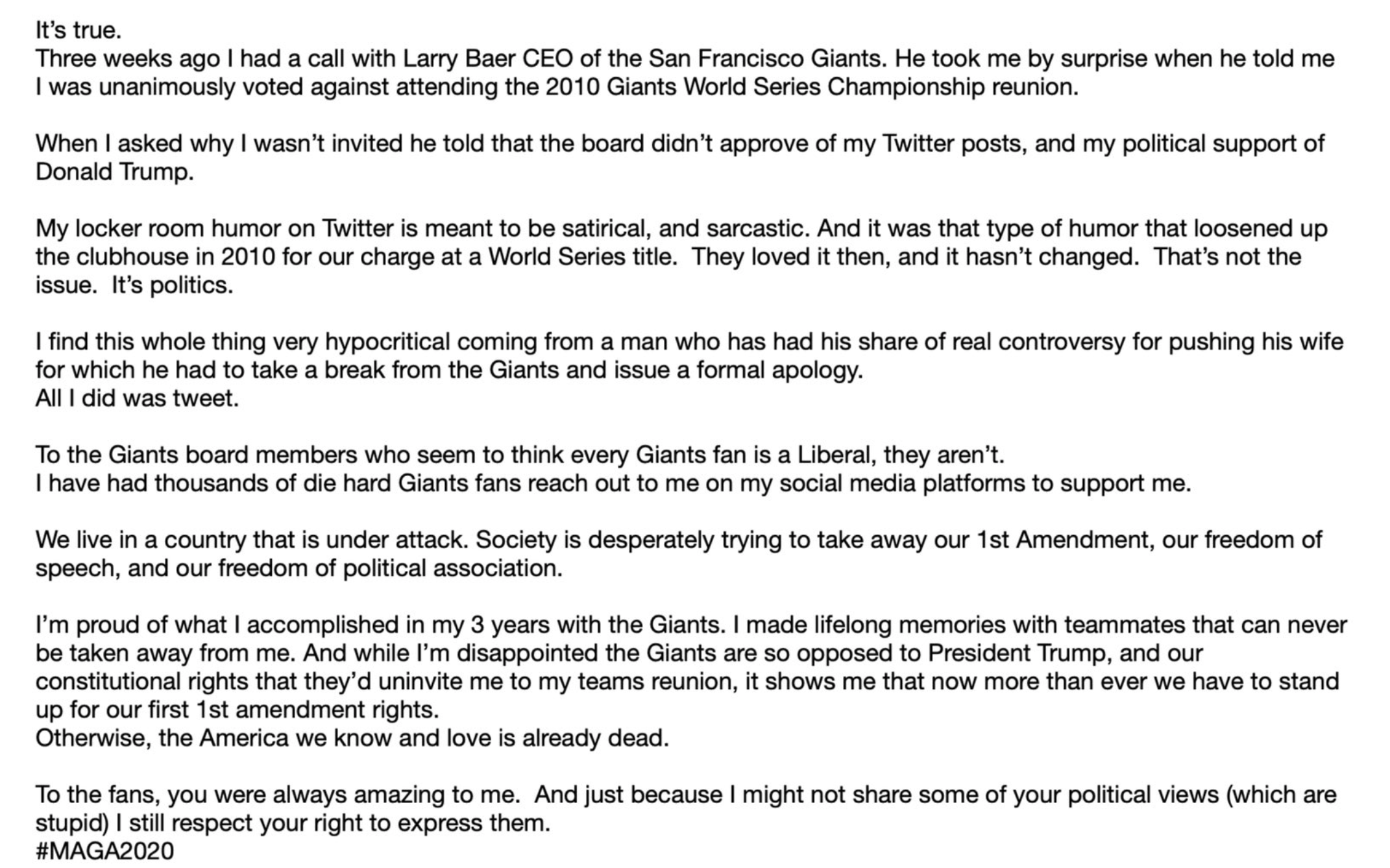 Getting my boys trained up on how to use a gun in the unlikely event @BernieSanders beats @realDonaldTrump in 2020. In which case knowing how to effectively use a gun under socialism will be a must. By the way most the head shots were theirs. @NRA @WatchChad #2ndAmendment pic.twitter.com/6xUsS7ciX3

Does nobody have a sense of humor anymore!? 🤦🏻‍♂️ The way Iranian women are treated over there I simply wanted 2 say I’d go there 2 rescue them & bring them back 2 the states. And they would be so thankful 2 escape that hell that they’d fan me & feed me grapes. Never said rape! 🙄 https://t.co/F3IpCcivkN pic.twitter.com/WbGpgnAEmL

It is said that Curt Schilling has been kept out of the Baseball Hall of Fame due to his conservative opinions. In this day and age, it is entirely believable.

In the summer of 2019, the outspoken Trump-supporter apparently considered a run for Congress.

Curt Schilling, a great pitcher and patriot, is considering a run for Congress in Arizona. Terrific! @foxandfriends