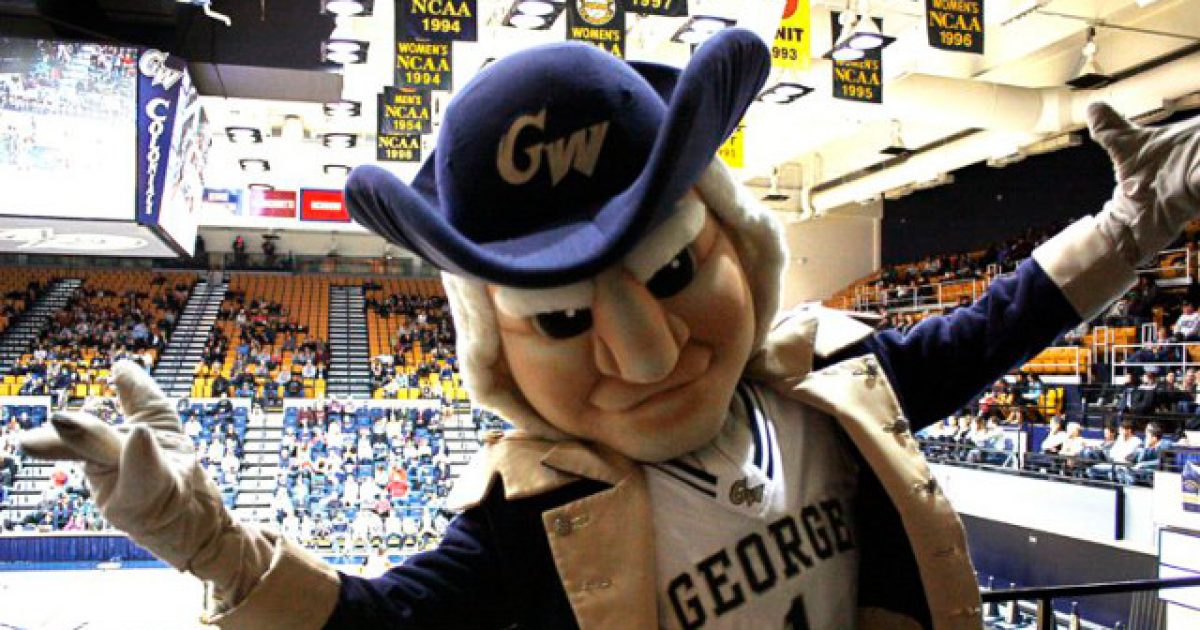 Students attending George Washington University are sick and tired of the evil, offensive, “racist” colonial mascot they have at their school and are ready to give the poor fellow a boot to the curb.

A petition has been launched to remove the mascot and to replace it with one that’s a bit less triggering. Like a hippo.

Campus Reform has the latest:

According to the petition, “the use of ‘Colonials,’ no matter how innocent the intention, is received as extremely offensive by not only students of the University, but the nation and world at large.”

“The historically, negatively-charged figure of Colonials has too deep a connection to colonization and glorifies the act of systemic oppression,” the petitioners argue, suggesting that “alternative nickname recommendations [include] ‘Hippos,’ ‘Revolutionaries,’ or ‘Riverhorses.’”

Rachel Yakobashvili, a petition organizer, told Campus Reform that she started the petition because “it was time for students to be able to voice their concerns and desires in a more public and organized manner.”

Supporters of the motion argue that changing the mascot—which has portrayed the school’s namesake, George Washington, since 1926—is necessary to make GW inclusive. Andrew Hesbacher, another petition organizer, told The Hatchet that in many places, colonials are equivalent to terrorists and murderers.

Other advocates of the petition claim that without the change to its mascot, the university is supporting colonization. In an April 16 op-ed for The Hatchet, for instance, student Alejandra Velazquez complained that “we are implicitly supporting colonization, not just in sports games, but in any school event where the mascot appears.”

The piece quoted above also states that the op-ed slammed the Colonial mascot for attending certain ethnic/cultural events like the Chinese New Year or the Parade of the South Asian Heritage Celebration, because these cultures “survived oppression or were drastically changed due to colonialism.”

Thankfully, not everyone is drinking the Kool-Aid on this one, as Freshman Alejandro Alvarez spoke out in defense of George Washington and our founding fathers.

Freshman Alejandro Alvarez, however, told Campus Reform that “George Washington was one of the founders of this great nation and without his efforts we wouldn’t be able to enjoy the blessings of liberty we have in America today.”

“I’m a US citizen who was born and raised abroad, and Washington’s legacy is not only celebrated in this nation but in every nation because the world recognizes how this man helped to change the course of history,” Alvarez continued. “I’m proud to have him as my mascot and everyone should be proud as well.”

Here’s a young man with a good head on his shoulders. Hopefully his “college experience” doesn’t destroy that for him.

The mascot in question is a representative of the great men who gave up their lives and fortunes, shedding blood on the battlefield to create the America we love and enjoy today, a nation where we are free to do as we please and have plenty of opportunities to make our lives enjoyable and productive.

While these men weren’t without their flaws, what they sacrificed for us deserves to be honored, and hopefully that is something the students of this school begin to grasp on a deeper level.

Victory: Unemployment Sinks to Lowest Rate Since the Year 2000

Trump Let’s Loose on NBC Over Erroneous Report, Obliterates Them in One Tweet